154 Elephants Have Mysteriously Died in Botswana 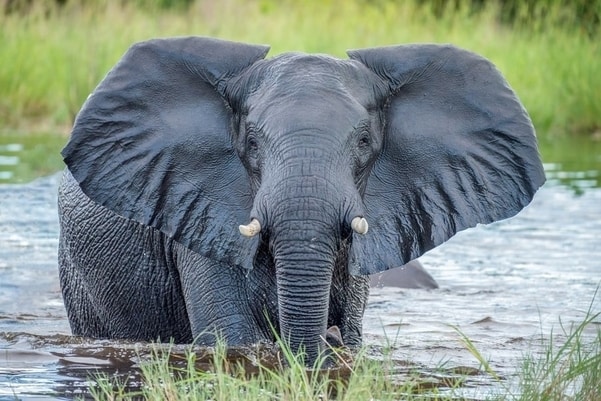 Wildlife authorities in Botswana are investigating the mysterious deaths of over 150 elephants over a three-month period in the Okavango Delta in the northwest of the country, although poaching and poisoning have been ruled out.

According to reports, the carcasses have been found intact, suggesting that they were not poached. Poisoning by humans and anthrax has also been ruled out, the latter of which is naturally occurring in soil in this region of Botswana and which killed more than 100 elephants in 2019.

Regional Wildlife Coordinator, Dimakatso Ntshebe, says, “We are still awaiting results on the exact cause of death.”

While Africa’s overall elephant population is declining, Botswana is a conservation success story. Thanks to well managed reserves in the country, elephant numbers have increased from 80 000 in the late 1990s to 130 000 today. Botswana is home to almost a third of Africa’s elephants.

Why are elephants dying in Botswana?

However, as the population grows, so too have conflicts grown between elephants and farmers; they are considered pests to farmers, whose crops have been destroyed by roaming elephants and in 2017, nine stray elephants were accidentally electrocuted after one elephant bumped into a telephone pole and a power line fell on them.

Last year, President Mokgweetsi Masisi lifted a five-year ban on big game hunting imposed by the previous administration, but the COVID-19 outbreak meant that the hunting season in April was unsuccessful as hunters from badly-hit countries could not enter Botswana.

Officials have warned local villagers not to consume the dead animals’ meat and are burning the carcasses. They expect more animals to die over the coming weeks.

Ntshebe says, “We are still experiencing elephants dying in the Okavango Panhandle. We also see elephants that show that they are sick and are on the verge of dying.”