Entomophagy: An Easy-To-Digest Solution to Save the Planet 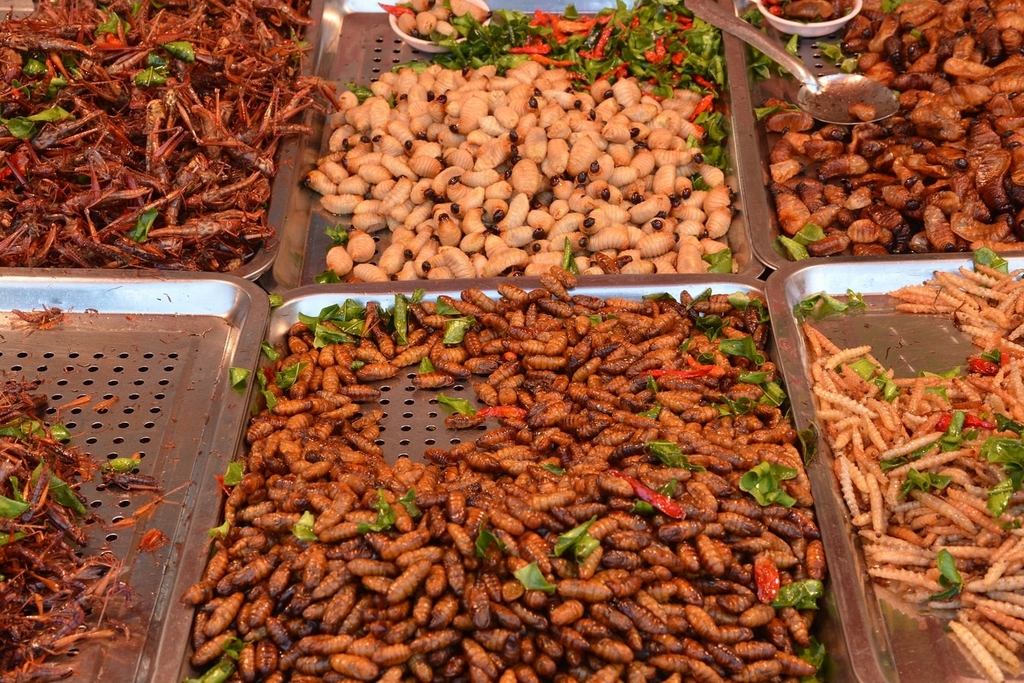 As the climate crisis reaches critical tipping points and is spurring many people to abandon meat products, which are extremely resource-intensive and environmentally-damaging to produce, entomophagy may be a sound alternative to those who are not quite ready to let go of meat.

Entomophagy is the eating of insects and is being hailed as a novel solution to ensure sustainable food production. For good reason, too- insects are incredibly easy to raise due to their fast reproduction rates. They are also incredibly high in protein- certain insects, such as caterpillars, have been shown to have as much as 35.2 grams of protein per 100 grams of edible portion, as compared to 20.6 g and 19.9 g for beef and chicken respectively.

Perhaps the biggest benefit of producing edible insects for human consumption is that they can be raised on food waste. Edible insect production entails producing and culturing food from discarded food waste. A farm in Singapore is raising black soldier fly larvae on discarded food waste alone. A startup in Malaysia is also currently raising these larvae for use in burgers and ice cream. It is possible to eat the larvae whole too, and their taste has been likened to that of Fritos.

Raising edible insects on food waste not only eliminates the need for the production of grain necessary to feed livestock such as chicken and cattle, which consume vast amounts of arable land, but also naturally tackles the problem of food waste, which is not being sufficiently addressed despite concerns about a global food shortage. A third of food intended for consumption is wasted or lost every year and the problem also damages the environment, contributing about 8% of total global greenhouse gas emissions. If food waste were a country, it would be the 3rd-largest contributor of carbon emissions, after the US and China.

Carbon emissions from meat production and food waste can be mitigated by rearing edible insects. Livestock production accounts for 14.5% of all anthropogenic greenhouse gas emissions, with beef having the highest footprint due to the large amounts of methane that an average cow produces. Methane is a greenhouse gas roughly 25 times more potent at trapping heat than carbon dioxide; cattle can produce 250-500 litres of methane a day. Conversely, insect farming produces about 100 times less greenhouse gases per kg of mass organism gain. Despite the environmental benefits, encouraging the switch towards entomophagy, and therefore mass edible insect production, comes with its unique set of challenges.

Insects are not the most aesthetically appealing delicacy to many people in Western countries. However, they are widely eaten in many countries in Africa, Asia, and Central and South America, and can be prepared in numerous ways. Those who find insects unappetising need not eat the insect whole. Cookies made from cricket flour are widely available, as is pasta made from grasshopper flour. Mealworm burgers are also widely sold in supermarkets in Switzerland and mealworm meatballs will soon be on the menus of Ikea cafes. With all these insect-based foods inconspicuously blended into everyday foods, encouraging the switch towards entomophagy has never been easier.

Perceptions of eating insects also poses a challenge. Seafood are organisms that are closely related to insects. Shrimp, prawns and lobsters belong to the same phylum as insects, and they are collectively known as arthropods; the multiple appendages, exoskeletons and feelers of shrimp, prawns and lobsters resemble that of crickets and locusts. In fact, shrimp is termed the ‘cockroaches of the sea’.

Encouraging entomophagy merely requires a shift in perceptions towards insects as food. Sushi is now arguably one of the most widely-known foods in Western countries, after being seen as ‘radical’ in the 1970s and 1980s. Another shift in the attitude towards foods is the rising popularity of veganism. Veganism was, until recently, viewed as an eccentric lifestyle choice, with cases of vegans being the target of discrimination and bias. In light of increasing public awareness of the environmental and health implications posed by the meat industry however, more people are adopting vegan diets and the increasing number of vegan options available, such as the Impossible Burger and Beyond Meat Burger, has made this switch easier.

While it is more important to reduce levels of greenhouse gases through a reduction in the use of fossil fuels, entomophagy is a viable (albeit novel) solution in shifting people’s perception of what constitutes a healthy diet: one that provides sufficient nutrition, but also has little negative impact on the environment. With the global population rising exponentially, it is vital that the world adopts such eating habits to mitigate the impacts of the climate crisis.