The Environmental Consequences of Political Repression 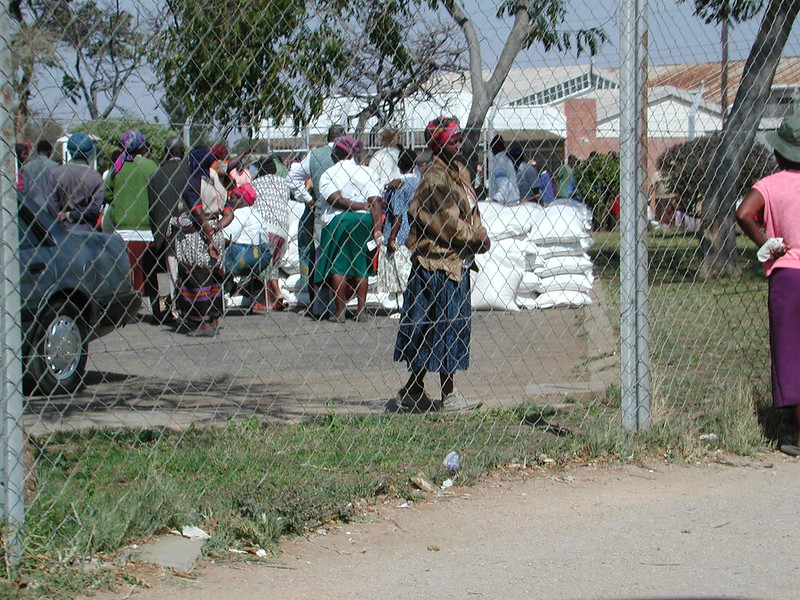 The long-term environmental consequences of political repression can be just as devastating as the more immediate humanitarian implications amongst the affected populations. A pertinent case study is that of Zimbabwe, whose chaotic transition of power from Robert Mugabe to President Emmerson Mnangagwa led to the country being described by journalist Henry Munangatire as “a poster child for the link between authoritarianism and environmental degradation.”

Since former president Robert Mugabe was overthrown in 2017, the country has been under the rule of President Emmerson Mnangagwa. As a result of his actions, combined with the legacy of Mugabe, Zimbabwe has entered a hunger crisis, with approximately 8.6 million Zimbabweans classed as “food insecure.” This accounts for around 60% of Zimbabwe’s total population. This insecurity has worsened as a result of the COVID-19 pandemic. Mnangagwa’s presidency and his political activities has done little to remedy the severe environmental consequences of Mugabe’s poor economic management, examples of which will be examined below.

The Forestry Commission of Zimbabwe estimates that 330 000 hectares of forestland is being lost each year, with a 9% drop in the total forest and woodland cover since 2014. This has contributed to a decrease in annual rainfall in Zimbabwe over the last ten years; twice as much rain is produced by air that passes over woodland than air that does not. Zimbabwe is located in such a position in the tropics that it is vulnerable to changing patterns in rainfall, making it susceptible to droughts. These droughts, along with the effects of heavy rainfall, exacerbated the consequences of Robert Mugabe’s land reforms during the early 2000s; land was seized from farmers and redistributed among senior party officials and small producers, and agricultural output had fallen by over 50% by 2013. Aggravated by the droughts, this has fuelled the current hunger crisis.

Munangatire also refers to “the politicisation of basic services” in Zimbabwe, citing the government’s ‘intentional’ failure to manage urban waste management and water supplies. He argues that the motivation behind this is to remove power from the opposition party, Movement for Democratic Change Alliance (MDC-A), which controls 26 out of 32 local authorities. The ruling party, the Zimbabwe African National Union- Patriotic Front, has responded to the increasing power of the opposition by bypassing certain constitutional clauses that give local authorities greater control when it comes to delivery of basic services.

The sewage pollution of the Zimbabwean capital Harare’s principal water source, Lake Chivero, is one of the consequences of the ruling party’s neglect of basic services. Water from the lake is contaminated with substances that can cause serious illness in the liver and central nervous system. The water-treatment facility in Harare was designed to provide for 300 000 people; it now finds itself serving 1.5 million people, a situation which is not sustainable in the long-term.

In 2019, temperatures in southern Africa were rising at over twice the average global rate, fuelling yet more droughts and erratic rainy seasons. The World Food Programme (WFP) operates a large-scale emergency relief programme in Zimbabwe, particularly in the rural areas where the effects of high temperatures, droughts, and erratic rainy seasons hit especially hard. WFP’s Zero Hunger strategy, which aims to rid the country of food insecurity by 2030, identifies six outcomes necessary to achieve in order to implement this strategy:

WFP is generally well-received at local level in Zimbabwe, making it easier to implement these measures at grassroots level. The key, says Eddie Rowe, WFP country representative and director for Zimbabwe, is funding. The WFP is politically neutral, its priority being the securing of funds to reach as much of Zimbabwe’s affected population as possible. If more resources are allocated to politically unaligned aid groups, the environmental consequences of past and current political repression could be brought under control, or, at the very least, slowed down.