The Green Divide: Exploring the Accessibility of Conscious Consumerism 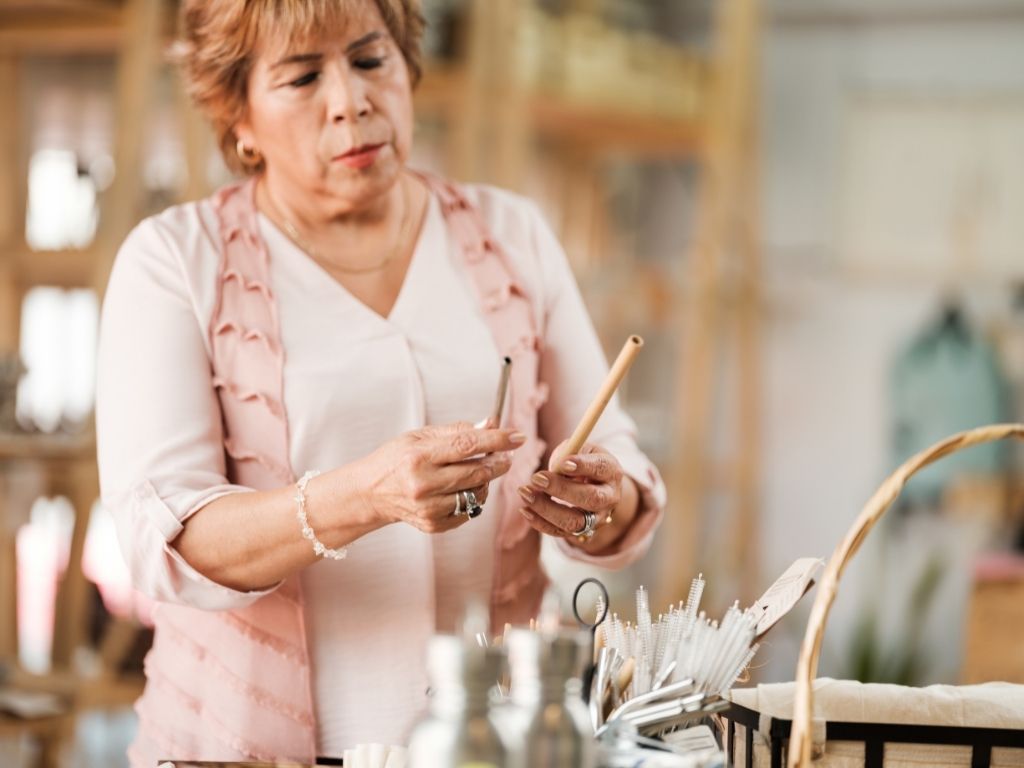 Climate conscious consumerism has resulted in a rise of sustainable products that are often too expensive for the average consumer. The poor who face the brunt of climate change are polarised further by the unaffordable factor. This article gives an overview of how climate change policies require accessibility, and the inequality issues that need to be addressed as a prerequisite to combat the climate crisis.

Climate change and global warming has become one of the pressing issues of the 21st century. The responsibility of it is borne collectively by consumers and corporations. Yet, the onus of sustainability befalls on the average consumers who are nudged to make climate conscious choices. Consumers account for on average a mere 8.1 metric tonne out of 33 billion tonnes of CO2 emissions each year but they are the ones driving the change forward. To cater to this, there has been a rise in sustainable products promoting eco-friendly lifestyles. These sustainable solutions have become the cornerstone of most marketing agendas fuelling conscious consumerism and steering masses to buy ‘green’. As countries scramble to meet their sustainable goals set by the Paris Agreement, it’s the consumers doing the heavy lifting by replacing plastic straws with metal and/or paper ones, buying organic food, switching to electric vehicles, and wearing clothes made with recycled materials.

The issue with conscious consumerism and most sustainable alternatives is the high price tag that comes with them. Three factors determine pricing strategy: The lack of alternate choices or competition; the cost of fair labour and sourcing of raw materials; the ostentation or status symbol. Along with this is the markup attached to each factor, adding more bucks to the price.

It is therefore unsurprising to see how organic products cost three to five times more than regular products. The scepticism surrounding green products is two-fold: Do they really make a dent in the fight against climate change and how can the poor afford them due to their high prices?

Studies show that straws constitute less than 1% of the total plastics found in the ocean while plastic bags account for merely 2%. Bigger are the impact of products with plastic casing, toxic cleaning solvents and exotic produce with high food mile green prints, which are typically afforded by rich households. A shift to paper bags may seem like a harmless eco-friendly practice but the carbon footprint associated with manufacturing it is in fact massive, requiring over four times the energy compared to the conventional plastic bag.

Corporate greenwashing is notorious for punishing average consumers to buy green and for misleading the population into trusting their products are truly green. Companies like Nestlé Waters made claims on being the most environmentally-responsible water producer on account of using recyclable plastic. But doubts on these claims revealed that only 31% of the company’s bottles were being recycled, implying tonnes of plastics end up in landfills. A report by TerraChoice showed that out of nearly 3,000 products tested, 98% of which had greenwashing claims.

In 2018, Seattle was the first US state to ban the use of single-use plastics including disposable cups and straws in restaurants.  A district-wise assessment of the ban done by the University of Washington for the Seattle Public Utilities revealed that there was a compliance rate of up to 90% in wealthy districts like Magnolia and Queen Anne whereas compliance in poorer districts like South Park were about 40%, suggesting that richer districts could afford the higher capital costs of switching to recyclable products. Replicating these changes in one’s personal life is more tedious and often been exclusionary for the poor. A study by Oxfam revealed that the world’s richest 10% have been contributing to over 50% of the carbon emissions while the poorest contribute only 10% to the global carbon emissions. The poor are likely to use public transport, reuse shopping bags and practice other environmentally-friendly behaviour out of necessity rather than by choice. According to a UNDP report published in 2020, 1.3 billion people around the world live in poverty, most of whom live in impoverished nations. For most of them, accessibility to food and basic housing is an issue let alone accessibility to organic food and efficient houses.

Sustainable products often market themselves for the elite to identify themselves with. For these folks, the high price tag is a small premium to pay for a superior status. In this form, environmental classism creates more divisions and diverts attention away from the real issues of sustainability and climate change. The luxury effect, a process whereby affluent households and locations boast greener pastures, better air quality and diversity in vegetation because of the affordability factor is prominent when policymakers evaluate cities. A study by Yale University shed light on how air pollution from transport, indirect emissions from procuring cleaner and efficient gadgets, and higher household consumption by the richer households are affecting the poor and the marginalised in a disproportionate manner. Likewise, studies by Robert Bullard elucidate how environmental racism pervades all aspects of lives for the African American communities. African American households are more likely to be located in the proximity of hazardous waste plants, and schools often experience issues relating to asbestos in which classroom walls and playgrounds are likely to be painted with lead, resulting in health degradation and a poorer quality of life.

Climate change policies are often in contradiction to the grassroots issues that pervades societies such as systemic racism, classism and poverty. Being environmentally conscious is a luxury few can afford and for climate policies to be effective, it is imperative that they are not blanket policies or one-size-fits-all solutions. Environmental policies require to be viewed from the income dimension rather than a price and affordability angle and for this to happen inequality reduction becomes a prerequisite. Individual choices and conscious consumerism do have an impact but they cannot act as mechanisms to police and berate those who cannot make the switch to biodegradable products due to structural issues. Pollution control measures are to be implemented first on industries and greenwashing curbs must be enforced. Governments need to subsidise and incentivise innovation towards green technology. Together, these go a far longer way in addressing climate change than mere substitution to organic products.

Lakshmi R B is a sustainability enthusiast based out of India. She graduated from Christ University, India with a master's degree in applied economics and currently works in credit risk management at a private international bank. She additionally runs an Instagram account (tales.and.tails) to promote environmental awareness using the art medium.