Fighting For Their Future: Youth Climate Strikes Take Off Worldwide 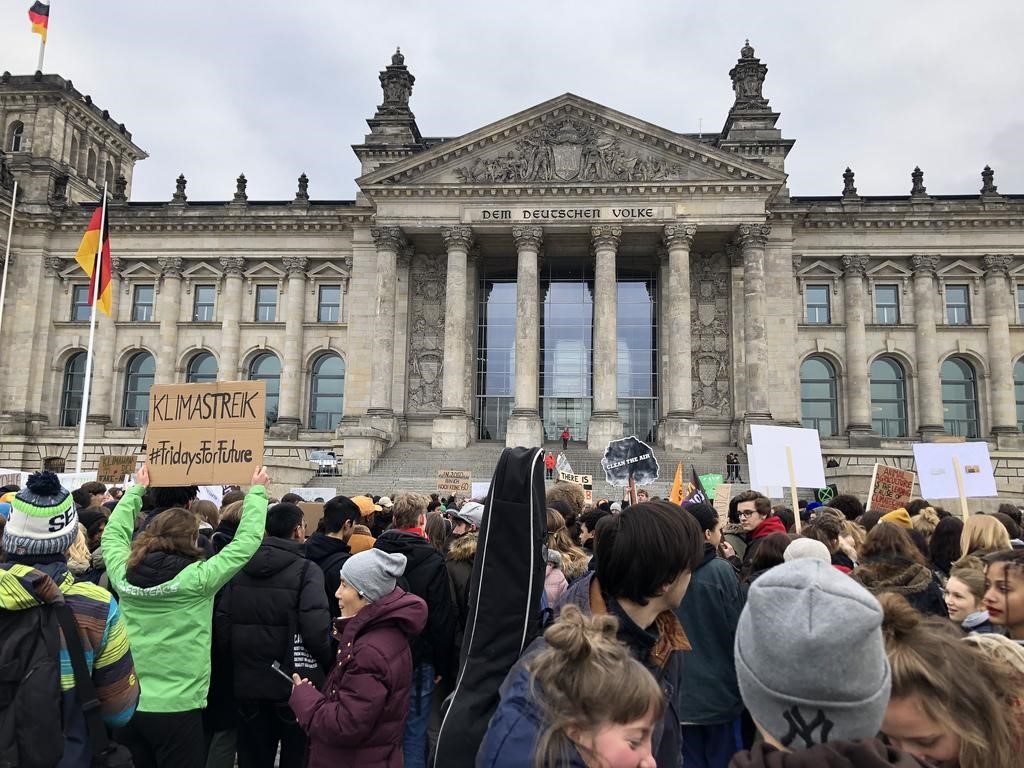 Greta Thunberg has become one of the voices of a generation who is demanding urgent action to slow the rise in global temperatures and is the inspiration behind climate strikes taking place around the world demanding governments to protect future generations.

The 16-year-old climate activist gained worldwide attention last August after protesting outside the Swedish parliament every day during school hours with the sign Skolstrejk för klimatet (school strike for the climate). She called for Swedish MPs to comply with the Paris Accord to reduce carbon emissions.

“I have my books here,” she said at the time. “But also I am thinking: what am I missing? What am I going to learn in school? Facts don’t matter anymore, politicians aren’t listening to the scientists, so why should I learn?”

Inspired by Thunberg, thousands of high school students in Australia skipped school to demand action by the federal government on climate change in November 2018.

Last Friday, as world leaders gathered at the annual World Economic Forum, school strikes for the climate were held in Germany, Belgium and Switzerland, involving over 40,000 students – by far the biggest to date.

Further demonstrations are already scheduled for the coming weeks.

One 17-year-old German student picketing in front of the Bundestag told Deutsche Welle: “We want to help shape and secure our future so that there will be another world for us to live in in 60 years.”

Thunberg admonished world leaders at a UN climate change conference in December 2018 and delivered another powerful speech at the World Economic Forum this year.

“I ask you to stand on the right side of history. I ask you to pledge to do everything in your power to push your own business or government in line with a 1.5 C world.”

Thunberg said the rapid growth of her movement was “incredible.”

“There have been climate strikes, involving students and also adults, on every continent except Antarctica. It has involved tens of thousands of children.”

Why do youths join climate strikes?

Generation Z arguably has the most to lose from the negative effects of climate change. The international community has been warned that there is a 12 year window to keep global temperatures from rising more than 1.5°C – the limit to prevent “climate catastrophe”.

Greta Thunberg and her age cohort will turn 28 in 2030, leaving no wonder as to why today’s youth are so determined to ramp up the pressure on policymakers.

Youth across the world are also attempting to hold their leaders accountable for climate inaction, calling for governments to stabilise the climate system.

In the United States, 21 young plaintiffs, supported by the non-profit Our Children’s Trust, brought a landmark constitutional climate lawsuit against the US government, asserting that it violated the youths’ rights by allowing activities that harmed the climate: fossil fuel production, consumption and combustion at “dangerous levels”.

As a remedy, the young plaintiffs require that the government to adopt methods for reducing carbon emissions so that it will not exceed 350 parts per million by 2100 – a scientific target consistent with limiting global warming to 1.5°C.

The Supreme Court allowed the trial to move forward in November 2018.

The Biggest Environmental Problems Of 2020