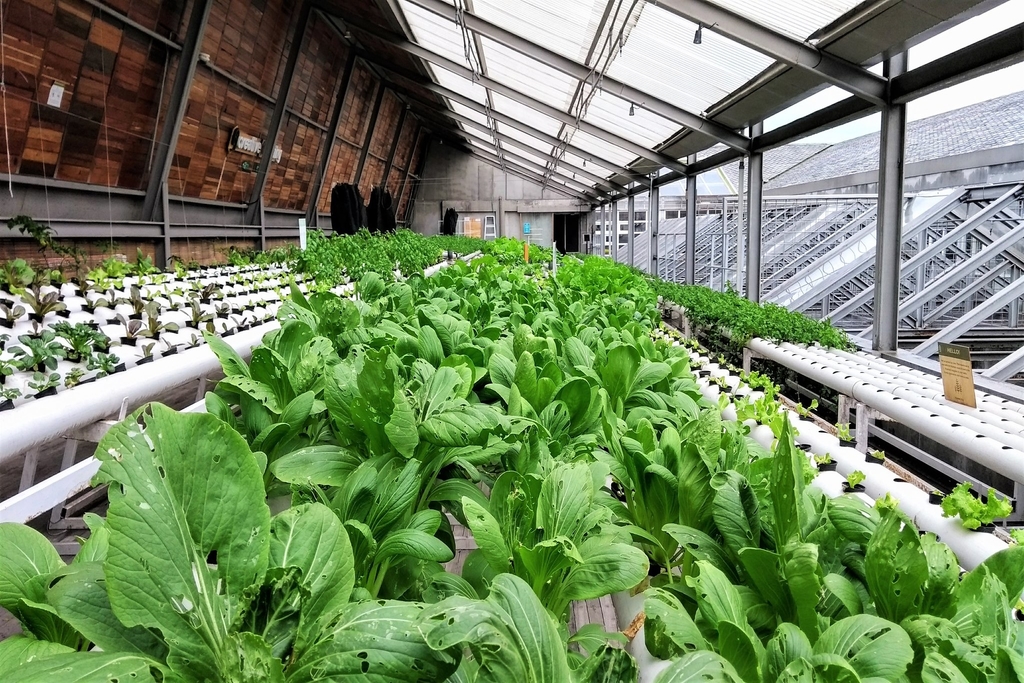 The ecological degradation and the role of cities as major polluters has become more relevant than ever, with currently half of the world’s population and a projected 68% to be living in urban areas by 2050. While not a recent phenomenon, urban greening agriculture has emerged as a solution to reduce the ecological footprint of urban areas, with additional benefits of improving food security, social cohesion and the well-being of citizens.

The image of the concrete jungle has become well-ingrained in the minds of the public, as has its harmful effects on the environment. This has elicited response from the UN in its Sustainable Development Goals in SDG 11, which identifies air quality, waste production and poor-quality public spaces as key environmental issues. The establishment of organisations such as the US Green Building Council are proving to be instrumental in encouraging architecture firms to adopt sustainability as a core design tenet, as have planning organisations such as Hong Kong’s Urban Renewal Authority (URA).

Discussion around transforming environments into more eco-friendly spaces has referred to this process as ‘greening’ (see Greening Hong Kong and London’s Environment Strategy for examples). The term has often been used in the literal sense of planting trees and smaller plants on any available surface, with some achieving success in improving air quality such as Beijing’s ‘Great Green Wall’ tree planting campaign, which has helped disperse the city’s smog. Nevertheless, urban greening has also generated a host of other benefits beyond its original scope of reducing cities’ environmental footprint, including the reduction of noise pollution. With the rising popularity of urban agriculture, urban greening has the potential to generate food security and promote community engagement for those in need.

Urban agriculture is hardly a new phenomenon, and occurs at a variety of scales and locations, ranging from backyards to rooftops and even abandoned subway tunnels. For example, Cuba’s urban agriculture movement developed during the 90s in response to trade sanctions and the food crisis that followed. The absence of fuel, fertiliser and feed imports from the recently-collapsed Soviet Union resulted in an overhaul of Cuba’s agricultural system, now known as Cuba’s Green Revolution, promoting small-scale grassroots level organic farming to combat the food crisis. An estimated 8 500 tons of agricultural produce were produced through urban farming in Havana in 1996, mainly in ‘popular gardens’. These were small plots of state-owned land and vacant lots of urban land that were distributed and organised around individual households. It is estimated that 5 000 of these gardens generated 1 854 hectares of arable land in Havana. Other farms were set up privately in the backyards and rooftops of households, alongside state-sponsored intensive farming and hydroponics, which were too costly for locals to afford and required expertise they did not have.

For poorer communities, popular gardens transformed dilapidated and disused areas into areas of leisure and production, as well as points of community pride because of the self-sufficiency the farms provided. Ironically, prior to the food crisis, urban gardening was perceived as a sign of poverty. As a result, many of the new urban farmers were growing for the first time, and those who had experience mostly worked in large-scale agriculture involving pesticides and fertiliser and employed monoculture practices. Knowledge was passed initially through word-of-mouth, and eventually community organisations such as farming associations were developed to create a framework where new discoveries could be spread quickly. As food production occurred locally, distribution logistics were not an issue and food went directly to those in need. Today, with the food crisis over, urban agriculture has become more of a recreational activity, however 90% of Havana’s food still comes from these urban farmers.

Elsewhere, urban agriculture is gaining popularity in high-density metropolises of the developed world. Some city authorities such as New York have set up resources to connect with and promote urban farming initiatives, although most initiatives remain privately-run. In Hong Kong, the social enterprise Rooftop Republic has installed 61 urban farms across the city, providing technical support and expertise to clients to maintain these farms and running training sessions for prospective urban farmers. Their first farm on the roof of the Bank of America building opened in 2014. With other clients including hotels and schools across the city, these farms are operated voluntarily by workers during their spare time. The food produced is donated to charities such as Feeding Hong Kong, and the enterprise claims to have given more than 2 400 meals to those in need.

Urban farming brings a new dimension to urban greening; it increases the sustainability of cities by encouraging food self-sufficiency and creates frameworks to organise and encourage community spirit. Currently, modern urban agriculture is rarely employed on a city-wide scale and is instead employed on a building-by-building basis, but is quickly gaining popularity worldwide. Future developments could mean cities producing more of their own food, reducing the need for environmentally-damaging agriculture. Agriculture occupies 40-50% of the world’s land surface and accounts for 60% of the total nitrous oxide as well as 50% of all methane emissions.

Nevertheless, considerable obstacles remain before urban greening can be implemented successfully on a larger scale. The high start-up costs of setting up a rooftop farm limits the scale at which urban farms can be developed which has relegated it to a recreational activity.

As of now, there is little incentive to shift from conventional farming to urban greening, which produces crops in far larger quantities and for much less. Additionally, highly-skilled labour is required to set up, maintain and train others to set up urban farms, which will take time to develop for such a new sector, especially without the motivation that Cubans had during the food crisis. Government support will be instrumental in developing urban agriculture on a larger level, addressing land-use and ownership problems, setting up necessary infrastructure, as well as providing training.

Despite these setbacks, urban farming holds excellent potential, and with more support and development, can transform cities into spaces that can both address the ecological problems of now as well as sustain the generations of the future.