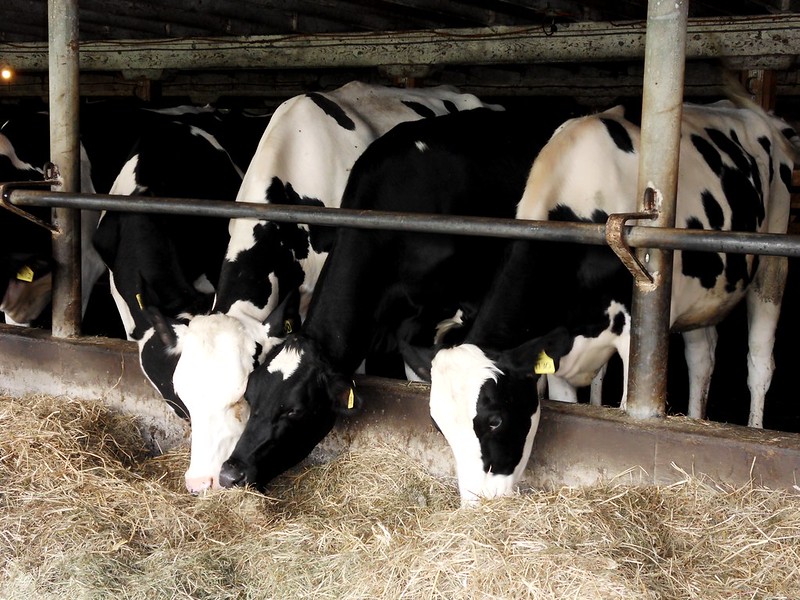 Every item of food has a story to tell. Kiwifruits may grow in New Zealand, but they can be flown across the world to sit on a grocery store shelf in the U.S. Corn may start its life in Argentina, then be shipped thousands of miles away to the U.K. to be made into breakfast cereal. Each part of a food item’s journey produces greenhouse gases — whether it’s the carbon emissions from the forests that are mowed down to grow crops, or the methane gas released from livestock such as cows and goats. There’s also the exhaust from the trucks, trains, ships and planes that transport food across borders, and the fluorinated gases that seep from the refrigerators that keep food cool and fresh until it’s purchased.

A new paper published in Nature Food paints a picture of food systems by providing an estimate of how much greenhouse gas (GHG) is emitted when food is produced, processed, transported, packaged, consumed, and even disposed of. It found that in 2015, global food systems were responsible for about 25% to 42% — or about a third — of all global greenhouse gas (GHG) emissions.

Before this paper was published, other studies attempted to quantify the greenhouse gas emissions of global food systems, including a 2019 report from the Intergovernmental Panel on Climate Change (IPCC) that found that food systems were responsible for about 21% to 37% of overall anthropogenic emissions. This new study, which was produced by researchers mainly at the European Commission, builds upon the IPCC report, but provides a more comprehensive look at the various stages of the food chain. For instance, it doesn’t just consider the energy it takes to produce and distribute food, but it also considers what energy is required to cook that food and dispose of any waste.

The results of the study can be found in a new database called EDGAR-FOOD, which is part of the EU’s Emissions Database of Global Atmospheric Research (EDGAR).

While all stages of the food chain contribute significantly to global GHG emissions, the study found that fishing, aquaculture and agriculture produced the highest amount of emissions — about 39% — from the global food system in 2015. Land use and land-use changes were the second-biggest contributors, taking up about 32% of the food system’s GHG emissions. After that, distribution (including transport, packaging and sales), processing, consumption and waste disposal made up the remaining 29%.

Study co-author Adrian Leip of the European Commission said this paper mostly confirms previous estimates, but that it yielded a few surprising details. One interesting finding, he said, was that regional food transport emitted far more GHGs than long-distance transport. For instance, moving food by road accounted for 81% of the food transport emissions, and rail accounted for 15%. On the other hand, transport via ship only contributed 3.6%, and aviation took up about 0.4%.

“We must say that the food system shares that we used here are uncertain themselves, but it shows nevertheless that the notion [that] local [equals] sustainable is very complex and has many facets,” Leip told Mongabay in an email. “However, we were happy to see that aviation has still a very small share — it is important to say that this does not mean that it is OK to buy food that had been transported by airplane [but] it tells that fortunately still a very small share of food uses this medium.”

Alessando Galli, a senior scientist at the NGO Global Footprint Network, who was not involved in this study, said the paper confirmed a lot about what is already known about the GHG emissions of food systems, but that it provided a more detailed look at what activities are producing those emissions.

“Too often, in my view, most of the studies … dealing with the sustainability of agriculture focus only on the agricultural side, on the production side, [but] there are other steps or stages in the food chain, which are the processing of the food, the transportation, the storing, the consumption, and then the disposal of the food waste that are excluded,” Galli told Mongabay in an interview. “I think a very positive aspect of this study is that it provides information about the … overall [amount] of greenhouse gases that are release[d] because of all these different stages in the food supply chain.”

However, he said the study failed to explicitly state that high emissions coming from developing or low-income countries would be largely “due to the dietary choices of people” in developed nations “that are located far away from these places.”

A 2016 study co-authored by Galli demonstrates this concept by showing how most Mediterranean countries depend upon the biological capacities of other nations to supply the majority of their food. It also found that countries that favour protein-rich diets consisting of a lot of meat, dairy and fish required the highest amount of energy and resources to produce.

Overall, the ways in which food systems currently operate are not sustainable, Galli says.

“We are already demanding the equivalent of 1.6 planets’ worth of resources,” he said. “So you see that the limit of the one and only planet that we have is already passed.”

The Earth has nine “planetary boundaries,” according to a group of international scientists led by the Stockholm Resilience Centre’s Johan Rockström and Australian National University’s Will Steffen. Each boundary refers to an Earth system process that is essential in regulating the stability and resilience of the planet, but has an environmental limit up to which it can tolerate changes due to human activities. For example, the safe limit for climate change, which correlates to the amount of carbon dioxide in the air, was set at 350 parts per million, but this was surpassed in 1988, pushing the Earth into a zone of uncertainty. Other planetary boundaries, such as land-use changes and biochemical flow changes, have also surpassed their safe operating limits, with agricultural activities playing a role in altering these systems, according to research.

When any of the planetary boundaries are crossed, human well-being can be compromised. But when core boundaries, such as climate change and biosphere integrity, are breached, the Earth can be pushed into a new state, the research says.

The scientists involved in the Nature Food study suggest that the food sector will require “dedicated mitigation policies” to help make food systems more energy efficient and less polluting. Galli says he agrees, but adds that the individual can also play an important role in making food systems more sustainable. For instance, efforts to reduce food waste, eat seasonally and adopt a plant-based diet can all make a difference, he said.

“I believe that the fork,” he said, “is the most powerful sustainability tool that individuals have.”