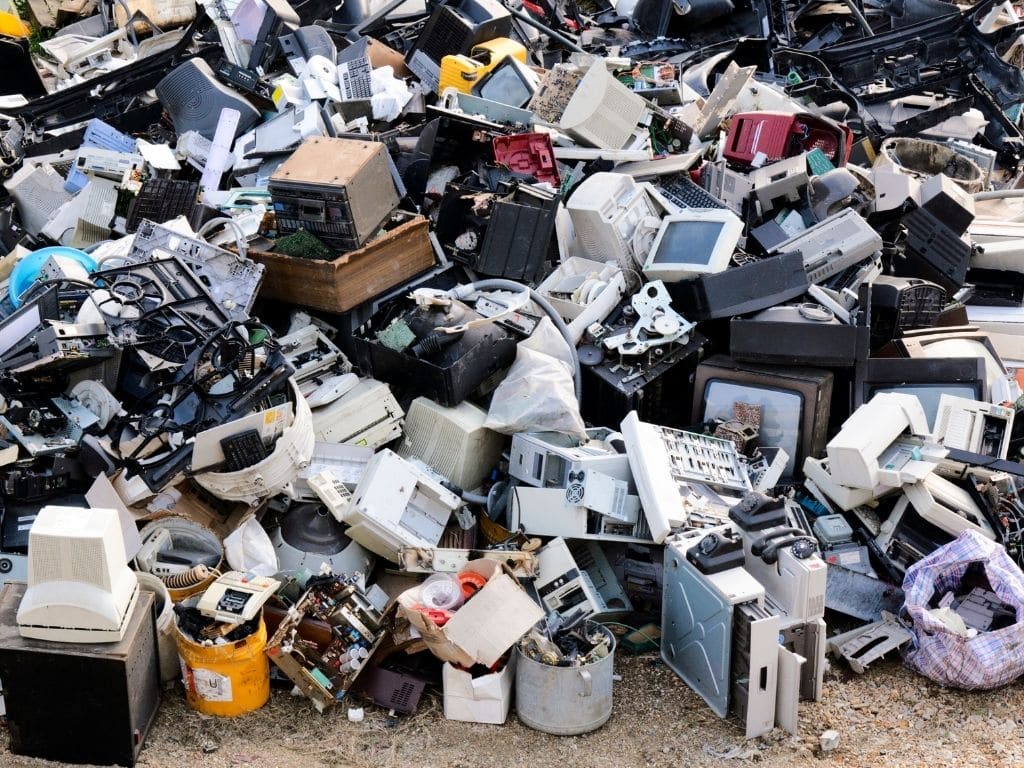 Electronic waste, or E-waste, generated across the world this year is estimated to reach 57.4 million tonnes, highlighting the need for much greater electronic recycling infrastructures.

Humans across the globe generated an estimated 57.4 million tonnes of electronic waste (E-waste) from this year alone, an amount greater than the weight of the Great Wall of China, Earth’s heaviest artificial object.

According to a new assessment conducted by the Waste Electronic and Electrical Equipment (WEEE) Forum, an international expert group tackling the global problem of waste electrical and electronic equipment, the amount of electronic waste has been rapidly growing by two million tonnes every year. The group also estimated that less than 20% of which is collected and recycled, and highlighting the fact that each tonne of electronic waste that goes un-recycled has a carbon footprint of two tonnes.

The world’s electronic waste has a material value of $62.5 billion, a number that exceeds the GDP of most countries, according to a 2019 report by the World Economic Forum.

E-waste is an all-encompassing term referring to electronic products that are nearing the end of their “useful life” and are discarded. This includes computers, televisions, smartphones, and stereos. Most electronic products contain toxic substances such as beryllium, cadmium, mercury and lead. When they’re disposed of in landfills, which they often are, the toxic materials dissolve and leach in the soil and ground below, eventually polluting groundwater, sources of freshwater and any wildlife habitat in the surrounding area.

Global electronic waste saw a 21% surge between 2014 and 2019, and is currently on track to generating up to 74 million tonnes of waste a year by 2030. The already growing problem has been exacerbated by higher consumption rates of electronics, which have been increasing 3% every year, shorter product life spans, as well as limited repair options.

“Fast mobile phone development, for example, has led to a market dependency on rapid replacement of older devices,” the director general of the WEEE Forum Pascal Leroy told BBC News, adding that manufacturers have a major role to play in reducing global electric consumption.

“Consumers want to do the right thing but need to be adequately informed and a convenient infrastructure should be easily available to them so that disposing of e-waste correctly becomes the social norm.”

Leroy emphasises the crucial role in making circularity a reality for e-products. “This is more important than ever as our governments go into COP26 to discuss global action to reduce carbon emissions. Every tonne of WEEE recycled avoids around 2 tonnes of CO2 emissions. If we all do the right thing with our e-waste we help to reduce harmful CO2 emissions.”

COP26 is the upcoming UN climate summit where world leaders will discuss and negotiate more ambitious goals and action in order to meet the targets set out in the Paris Agreement. One of the biggest agenda is putting down policies on reducing greenhouse gas emissions that are contributing to global warming and climate change.