With rapid technological advancement, the world has been facing a new kind of challenge in managing its extensive e-waste. The European Union has presented an interesting policy in an attempt to find a solution to this crisis and hold manufacturers accountable.

Has it ever happened to you that you leave your house in a hurry and forget to bring your charger? You think that you can ask your colleague or friend for theirs but they have a different phone so the charger will probably not work with yours. You may still be fine if you are in your own city because you might know your emergency contact numbers or your way around the place but imagine this happens to you when you are traveling. A common response in such a situation could be to buy multiple chargers to keep in your workplace, your bag, or your car to prevent any difficulties that may arise.

Another inconvenience you might have experienced is that when you carry with you different electronic devices like digital cameras, speakers, e-readers, earphones, battery banks, or laptops, chances are that you need to pack a different charger for each of them.

Although this problem seems so trivial, it is quite an important one because the whole world now relies on electronic gadgets for tasks such as working, obtaining important information, storing valuable documents, and completing financial transactions.

The issues just mentioned are contributing to the burden of growing electronic waste in the world. Common types of e-waste are outdated DVD players, remote controls, laptops, desktop computers, cell phones, hard drives, and televisions. They are classified as waste once they stop working or become outdated due to rapid technological advancement, as tech companies nowadays release new models all the time.

Harmful and poisonous chemicals such as mercury, cadmium, beryllium, and lead are used in the manufacturing of most devices and, once these become obsolete, these materials become a threat to the surrounding environment. Indeed, upon improper disposal like dumping in a landfill, these toxic chemicals are absorbed by the soil in a process called leaching, which pollutes the soil and groundwater, damaging crops and the surrounding ecosystems.

Modern electronic products are designed or programmed in such a way that their life span is short. This way, consumers are forced to constantly replace their devices. Moreover, well-planned marketing campaigns tempt them to always want the newest models. This business strategy – referred to as planned obsolescence – increases the accumulation of electronic waste.

The EU’s Plan to Solve the E-Waste Crisis

The European Union came up with a proposition that could solve both problems of customer convenience and e-waste. In September 2021, the European Commission took a step in the direction of e-waste management by way of instituting a common charging solution for many portable electronic devices. Once enforced, all sorts of electronic devices, including mobile phones, tablets, e-readers, earphones, cameras, headsets, gaming consoles, speakers, health trackers, navigation devices, keyboards, and computer mice would all require the same type of charger – the USB-C. This move would significantly reduce the number of cables produced and sold. The EU has plans on extending this law from small and medium sized devices to bigger ones and include this policy in the sale of laptops two years after its application.

The proposal is part of the Green Deal, a raft of new policies to meet the EU climate change goals of reducing 55% of emissions from 1990 levels by 2030, as well as a long-term goal of reaching net-zero emissions by 2050.

You Might Also Like: Major Step Forward for European Green Deal As Countries Agree to Ban Fossil Fuel Cars by 2035

With the new policy, chargers and electronics will be sold separately. Users will be able to choose whether to buy a new charger with their new devices and, if these are compatible with their existing ones, it will reduce costs as well as the number of discarded products. According to statistics obtained by the EU, one in every three chargers sold in a bundle with electronic devices ends up not being used.

Besides improving the convenience of the consumer, the new law would also significantly reduce the production of chargers and therefore also the carbon footprint associated with the manufacturing process. Moreover, the law could result in savings of up to €250 million euros annually, along with a reduction of about 11,000 tonnes of disposed chargers.

The three Rs of sustainability – reduce, reuse, recycle – are intrinsic to the new EU policy: reducing waste by cutting production and consumption of newer electronics, furthering the reuse of old chargers until these become obsolete, and promoting recycling of the products that can no longer be used.

However, while this policy is an important step toward sustainability, many argue that it will not solve the e-waste crisis once and for all. Indeed, while chargers make up about 54,000 tonnes of e-waste, this amounts to only approximately 0.1% of the 57.4 million tonnes of e-waste generated yearly.

Companies like Apple have used reasons for not being very supportive of the policy, claiming that it hinders innovation instead of encouraging it, and that it would cause harm to users not just in Europe but all over the world. Designers and manufacturers would not be motivated to find newer solutions or alternatives for fast charging and other advancements. The EU had proposed a similar common charger policy once before in 2009, when they opted for the micro-USB (micro B from Image 1) to become the common charger of choice. However, due to technological advancement towards fast charging and other developments, the USB charger quickly became obsolete, as other types were found to be much more efficient. With this in mind, experts agree that in just a few years time, USB-C will probably not be the best charging solution anymore.

Apple has also always made it difficult to find financially viable and easier options for repairs, as it is the case for cracked glass, which now requires special tools and authorisation to be repaired. However, in 2021, the company joined the Right to Repair movement, making components to repair its devices available to individual consumer. The Movement uses an anti-consumerism ideology and gives consumers the ability to repair their devices instead of discarding them for newer ones. It also recognises that manufacturers are responsible to enable users to find good and sustainable repair solutions by making essential, non-harmful components widely available for this purpose. Lastly, the movement promotes an anti-consumerism ideology along with sustainability by discouraging users from discarding their devices for minor issues such as cracks of slowdowns in the system.

If a tech giant like Apple was to take steps to improve the management of e-waste – many argue – then other companies would probably follow suit by committing to finding viable solutions to this huge issue.

How Can We Solve the E-Waste Crisis?

Along with the Right to Repair movement, the Common Charger Policy can play an important role in encouraging other countries and tech companies to find innovative and effective policy solutions to tackle the e-waste crisis. Along with these, proper recycling of e-waste is essential, since extracting minerals from electronic waste is significantly cheaper than extracting more natural resources from the Earth to produce new devices.

Manufacturers also need to play their part and invest resources and money in finding optimal and more sustainable solutions. Governments, too, are responsible for developing better waste management and recycling systems along with designing better policies for manufacturers, distributors as well as consumers. Lastly, the latter have to be more responsible and make more conscious and smarter choices and stop prioritising convenience over the environment. 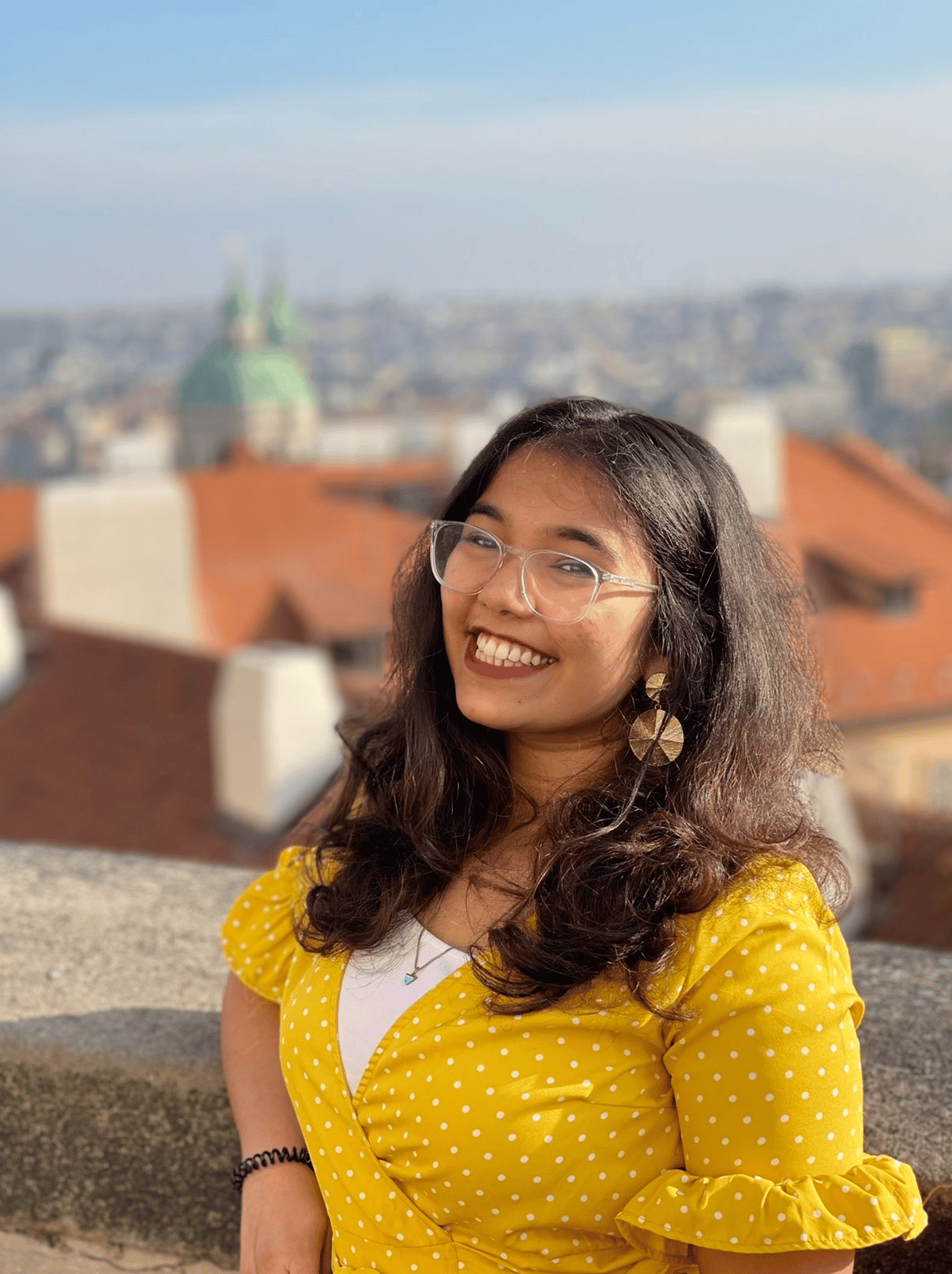 Ramani is currently pursuing her Master’s degree in Global Public Policy at Central European University and Institut Barcelona d’Estudis Internacionals. She holds an undergraduate degree in Economics from Narsee Monjee Institute of Management Studies. She is interested in the role of public policy in the matters of food security, climate change, sustainability, education and women’s rights. 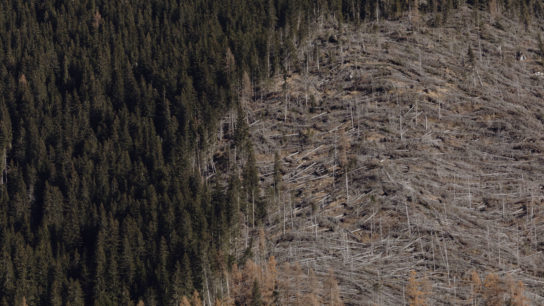