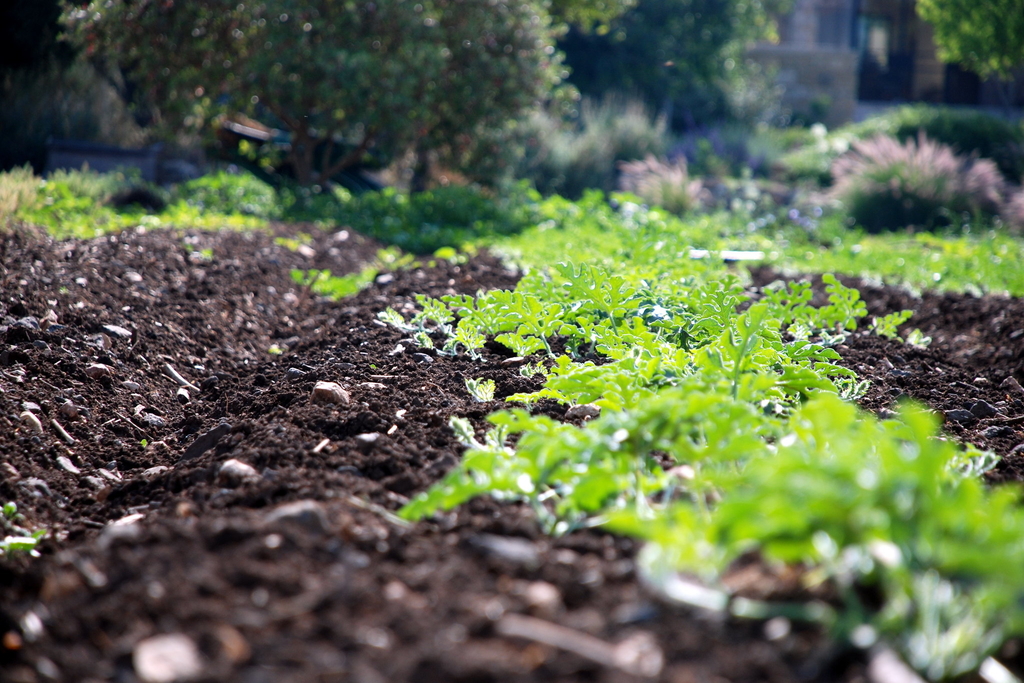 Industrial agriculture and food production is the second biggest contributor of global carbon emissions behind the energy industry. The 2019 Intergovernmental Panel on Climate Change (IPCC) report on land-use suggests that the key to reducing agricultural emissions is through changing current land use, mainly by reducing fertilisation and by planting a variety of native crops that are suitable for that environment.

The re-adoption of native crops to improve agro-biodiversity is another way to bring about a sustainable change in food production. In most developing countries, several indigenous crops were, and are still being, abandoned or their cultivation threatened by the adoption of high-yielding varieties as part of so-called ‘green revolutions’ powered by large-scale industrial agriculture, often involving multinational corporations. These corporations are generally unconcerned with their high carbon footprint and soil is saturated with chemicals which damages the crops and the soil itself.

In recent years, there have been numerous movements in countries like India, Mexico and Malawi by a consortium of farmers, environmentalists, scientists and other stake-holders to revive the fading agro-biodiversity and move towards sustainable agricultural methods.

The Save Our Rice campaign, launched in 2004 in India, is one such movement that aims for sustainability and self-sufficiency in rice production by reviving and popularising native rice varieties that were abandoned in the decades following India’s ‘green revolution’ in the 1970s.

In Panavally, a village in the Southern Indian state of Kerala, is the Rice Diversity Block (RDB), made of around 300 indigenous varieties of rice, maintained by the green NGO, Thanal’s agro-ecology centre. Most of these were collected from individual farmers who had conserved the seeds that they had traditionally cultivated. “We produce more seeds for our seed banks from RDBs. Interested farmers can visit our centre, see the paddy varieties in all their glory and get the seeds from us for their own sustainable cultivation of native varieties,” says Ushakumari S., the executive director of Thanal and the national coordinator of the Save Our Rice (SOR) campaign.

The campaign was launched as a statement against the introduction of Golden Rice- the genetically modified high-yielding rice aimed to reduce Vitamin A deficiency. Initially focused on training farmers, it has developed into a full-fledged seed conservation and sustainability movement, spread across several states, linking seed conservators to farmers and farmers to consumers. Usha, a trained horticulturist, says, “India used to be home to more than 100 000 native varieties of paddy and Kerala alone cultivated more than 3 000 landraces. They are not only more nutritious than white rice, but they offer more medical benefits in some cases. Today less than 4 000 varieties are being raised by farmers in the entire country. That is a serious loss of diversity and something that needs to be reclaimed, especially in the current context of the food security threat we are facing from the climate crisis.”

SOR participants first noticed the resilience of indigenous rice during the early years of the last decade when rice-growing regions in South India were struck by untimely dry spells. “It is something that has become evident to us in the last few years when we had severe variations in temperature and rainfall here in Wayanad. Native varieties weathered the storms while the conventionally-cultivated hybrid paddies suffered,” says Rajesh Krishnan, a former Greenpeace campaigner who is now a farmer of an indigenous paddy.

“Hybrids, or what we call ‘semi-dwarf’ paddies, were developed for fertiliser and pesticide-aided agriculture for higher yields. They performed well during the early years. But then overuse of chemicals began to maximise the yield. This is counter-productive as it makes the plant more succulent, thus attracting various pests, not all of which can be effectively controlled using pesticides. Higher levels of fertiliser and pesticide use can also severely impact organic matter in the soil, which is necessary for nitrification,” says Dr. Leena Kumari, former head of Kerala Agricultural University’s Rice Research Stations. However, most native varieties, she adds, are resistant to local pests as well as adverse local climatic conditions. In that regard, indigenous crops have a clear advantage over the hybrids.

Also, since these landraces are grown without the usage of synthetic fertilisers on a relatively smaller scale without any machinery, the greenhouse gas emissions are far less than conventional industrial agriculture. For rice cultivation, going native means reduction in pesticide use since native paddies are naturally resistant to pests. This reduction is a major achievement considering rice ranks higher than any other crop in pesticide use.

Going native also sustains local economies. “There is an attempt to sell the produce to the local community itself rather than try to export it to faraway places. It is similar to the 100-mile movement in the US where people try to buy food that has been produced within their own locality. Such a focus to produce as well as sell locally helps cut transportation- a major factor in agricultural carbon emissions,” adds Usha.

Farming of indigenous crops using traditional organic methods is widely acknowledged by mainstream agro-researchers to be more eco-friendly than industrial agriculture. However, it has yet to receive significant institutional support. Dr. Leena says, “This is the biggest challenge that farmers transitioning into cultivating native paddies face. There needs to be a proper system for procuring produce at a fair price and processing it. There used to be several small mills for processing local varieties. Today most of the big mills are geared for processing hybrid grains and mill owners won’t buy native breeds.”

This could be overcome by farmers organising themselves like in Wayanad, where 10 farmers who cultivate landraces have formed a company, the Thirunelly Agri Producers Company, to procure and process the grain at a decent minimum price.

Then there is the question of yield. The popular argument is that landrace crops cultivated organically yield less produce than hybrids. “This is a myth from what we see here in Wayanad. We have noticed that careful simultaneous cultivation of various native breeds through traditional methods provides consistently better yields than conventional mono-culture of hybrids,” says Rajesh. Farmers from across India side with Rajesh’s observation.

Dr. Leena strikes a cautious tone when it comes to yields. “There aren’t enough studies that confirm the high yields of landraces, so I can’t say for sure if we can completely replace hybrids with native paddies. The key is to adopt the right method along with the right variety depending upon the local climate and pest and soil type.” However in many regions, native breeds suitable for the local setting, can no longer be found.

The story of SOR is not an isolated one. There are multiple movements across the world with similar aims. Corn farmers and activists in Mexico have been fighting for years to protect the highly diverse native corn varieties. This is in light of agrochemical company Monsanto’s years-long attempt to introduce their hybrid corn variety in Mexico; farmers say that this would threaten the 23 000 native corn varieties of Mexico. It would also mean heavy use of the fertilisers and pesticides also produced by Monsanto, which has been fiercely resisted for years by a network of farmers, environmentalists and lawmakers.

The Local Seed Restoration Project by the UN Food & Agriculture Organisation in Malawi is another movement that encourages farmers to cultivate local seeds using natural fertiliser like cow dung and crop residues.

In light of the ever-growing global population and fast-approaching food insecurity faced by many regions, going native could be the way forward.