How Can Hong Kong Use ‘Building integrated Photovoltaics’ to Achieve Carbon Neutrality? 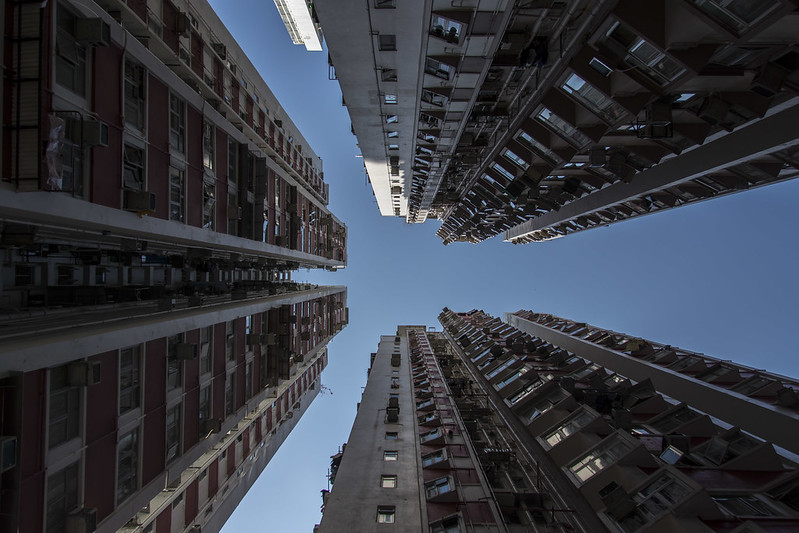 In her 2020 Policy Address, Chief Executive Carrie Lam outlined the climate neutrality target for Hong Kong by 2050. The government recognises that achieving climate neutrality will require a variety of measures, including expanding local renewable energy, improving energy efficiency in the building sector, promoting low carbon mobility and improving waste management. This article is the first in a series that takes a closer look at the individual elements needed to achieve Hong Kong’s “Climate Neutrality 2050” target. This first article will look at how renewable energy can be expanded upon in Hong Kong by focusing on Building Integrated Photovoltaics (BIPV).

As the urgency of tackling climate change rises, the need to phase out fossil fuels and deploy more renewable energy sources increases. For Hong Kong, with its scarce land resources, decarbonising the electricity production is not an easy task. However, one immense potential has so far remained largely untapped: Building-integrated photovoltaics (BIPV). According to researchers at the Hong Kong Polytechnic University, the BIPV potential in Hong Kong amounts to 11 643 GWh which is equivalent to about 25% of annual electricity consumption. In other words, Hong Kong could replace approximately half the coal power currently used with locally produced renewable energy. This is a great opportunity, so what are the success factors for Hong Kong to exploit this huge potential?

Tackling climate change requires a transformation of energy systems towards a broad portfolio of low-carbon technologies. Among those technologies, solar power has been proven to be one of the key technologies for power generation from renewable sources as the world’s fastest growing electricity source. However, even though there has been strong growth in the solar sector, and the cost of solar modules have been falling for years, a large gap remains between estimates of solar potential and the actual scale of deployment. The question is: how can we keep the growth rate of solar power at a high level, especially in urban areas such as Hong Kong?

One such promising way is the emerging solar market segment focusing on building integrated photovoltaics (BIPV). BIPV refers to using photovoltaic materials (solar cells and PV modules) to replace conventional building materials in parts of the building such as the roof, skylights, windows or façades where the PV modules simultaneously serve as material for the building envelope and for generating electricity. BIPV systems have the potential to become a mainstream option within renewable energy technologies and have, according to several scholars and use cases, proven to be a viable and economically competitive technology for generating renewable energy. Currently, the most common applications of BIPV globally include components which are embedded in façades (50%), BIPV installations on roofs (33%), and combined roof/façade products (17%).

In the Asian market, Japan is trendsetting due to its favourable market conditions, such as limited space for ground-mounted systems, high urbanisation, high turnover of housing construction and privileged partnerships between (BI)PV manufacturers and construction companies in the housing market. Furthermore, this trend has been backed up by an advantageous feed-in tariff. Finally, there is also high pressure for sustainable buildings, due to Japan’s “Zero Energy Buildings” regulation.

The advantages of BIPV in a highly urbanised market such as Japan also hold true for Hong Kong: with BIPV there is no need for expensive land, BIPV provides renewable electricity at the point of use, the PV elements become an integral part of the building and consequently reduce building material use and costs with the additional cost of going for BIPV becoming negligible as the technology develops, and finally, the cooling needs of the building can be reduced. The suitable roof and façade area in Hong Kong from residential, commercial, industrial as well as public buildings amounts to 55.5 km2. This corresponds to a potential power generation from BIPV of 11 643 GWh – which accounts for a quarter of Hong Kong’s current electricity needs, and could hence replace approximately half of the city’s coal power used. Concentrating on buildings in efforts to fight climate change is crucial, as according to the Business Environment Council, Hong Kong’s building sector accounts for 60% of total greenhouse gas emissions and its buildings account for some 90% of the electricity consumed. BIPV is therefore a huge opportunity to decarbonise the electricity sector in Hong Kong and at the same time produce electricity right where it is used while also making buildings more sustainable.

What is Needed to Boost Building Integrated Photovoltaics in Hong Kong?

The worldwide adoption rate of BIPV is still low compared to conventional PV systems. In the past years, BIPV added only a very small percentage (around 1%) to the overall added solar PV capacity. The barriers that are often mentioned are a high level of complexity coupled with a lack of awareness and the absence of reliable, long term government policies to support the development.

To tackle these beliefs, the following three success factors should be considered:

First, a supportive policy framework: Researchers at the Hong Kong Polytechnic University and other scholars agree that the introduction of a stable policy framework is necessary for a further growth of BIPV. The introduction of the so-called feed-in tariff for renewable energy production in Hong Kong was a first important step but its continuity must be ensured. Launching additional incentive schemes to encourage building owners and investors for installation or adaptation of BIPV systems is another opportunity – in Switzerland for instance, the new building codes require that newly-built buildings generate a certain amount of electricity on-site. For large buildings this means that the façade should be at least partially cladded with BIPV. Adapting the building codes in this respect in Hong Kong would be another piece of the puzzle to build the way forward.

Second, new business models: New challenges call for new business models that make it easy for people to switch. One example that could further boost BIPV is community solar, a model where citizens get the opportunity to participate in the energy transition. The core of the community solar business model is allowing customers to invest in solar installations- even if they don’t own suitable premises themselves- and share the environmental and economic benefits. This increases the size of the market segment as tenants can also invest. In return, participants receive either financial compensation or the physical delivery of solar power from the BIPV installation.

Third, private-public collaboration: With so many parties having a stake in the build-up of Hong Kong’s renewable energy infrastructure, there needs to be strong collaboration between government authorities, state-owned electricity firms, real estate developers and investors to structure working models that spur the growth of BIPV.

Scholars and organisations around the world are convinced: Building integrated photovoltaics together with new business models and supporting policies assisted by close private-public collaboration represent the future of renewable power generation in urban areas, in this case Hong Kong,– or as Alexandra Sombsthay, Chair of SolarPower Europe’s BIPV Workstream puts it: “BIPV is today at a turning point. The market is ready, and actually in need of new PV solutions for cities and the technology is mature.” It is time to take advantage of this enormous potential particularly here in Hong Kong.