How Do Hong Kong and Taiwan Compare in Solving Outdoor Air Pollution? 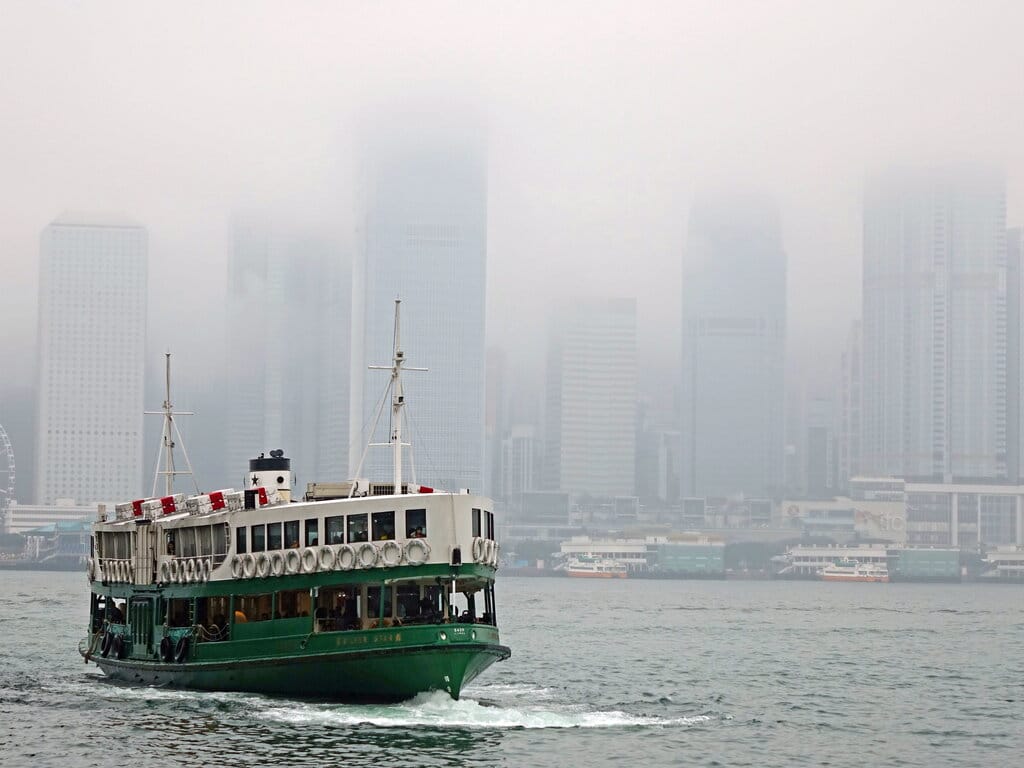 Air pollution has been one of the biggest environmental problems the world has faced for years. Hong Kong and Taiwan, adjacently located, are both fast-paced cities that have been plagued by outdoor air pollution in the last few decades. Both cities have taken and implemented different measures in easing polluted emissions and improving their air quality. But how do they compare?

According to the report published by the Environmental Protection Department in 2019, the major pollutants are Sulfur dioxide (SO2), Nitrogen dioxide (NO2), Particulate Matter, and Ozone (O3). Long-term exposure to these pollutants poses serious health risks ranging from chronic respiratory infections and diseases, and damage to pulmonary functions.

In Hong Kong, Air Quality Health Index (AQHI) informs the public about the health risk of outdoor air pollution and warns residents to take precautionary measures to protect their health. Air pollution tends to be in the low category during summer seasons, and reaches to moderate and even the high category, come winter seasons.

In line with the annual air quality guidelines (AQG) of the World Health Organization (WHO), annual AQG of nitrogen dioxide (NO2), PM10 and PM2.5 should not exceed 40, 20 and 10 μg/m3 respectively. Data released by the Environmental Protection Department showed that air pollutant concentrations of NO2, PM10 and PM2.5 in Causeway Bay, Central and Mong Kok areas have exceeded the WHO guidelines.

Pollutants in Hong Kong are divided in two categories: street-level and regional smog. Street-level pollutants are mainly caused by fossil fuel-based vehicles and power plants. Common pollutants include SO2, NOx and NO2, and carbon monoxide (CO) while regional smog is formed by a combination of pollutants from motor vehicles, marine vessels, and power plants from Hong Kong and mainland China. Hong Kong’s hot and calm weather conditions follows on from China’s, favouring the formation and accumulation of O3 and are common in summer and autumn.

Similar to Hong Kong, major pollutants in Taiwan are from vehicles and power plants. Scooters and motorcycle bikes, which are the most commonly used transport in Taiwan, and the high number of power plants, are the biggest contributors of air pollution in Taiwan. More than 20 thousand factories are registered here, where three of its major industries including metal, mechanical equipment, and plastic product manufacturing releases copious amounts of SO2 and NOx. However, polluting emissions have been reduced since 2010 as a result of ongoing efforts.

During 2012, construction and land reclamation works have led to huge amounts of pollutants released into the atmosphere. Vehicles and construction sites account for more than 45% emission of PM10 and 30% emission of PM2.5 that year. Taipei was the second highest emitter of PM10 , it’s decreased slightly since 2017.

You might also like: Air Pollution Caused by Burning of Fossil Fuels Caused 8.7m Deaths Globally in 2018- Report

How Are Hong Kong and Taiwan Solving Air Pollution Problems?

Hong Kong and Taiwan have implemented regulatory policies and set up long-term goals to alleviate air pollution levels in their respective territories.

Hong Kong’s “2025 Air Quality Objective Review” which was published in 2019 saw a total of 80 measures implemented or currently in the works. Under these new policies, 32 short-term measures have been carried out progressively to reduce roadside air pollution, marine emissions, and emissions from power plants. For instance, to help ease air pollution by road transportation, a pedestrian-friendly environment was fostered to encourage more people to walk. Hard measures were enacted, aimed to phase out some pre-Euro IV diesel commercial vehicles (DCVs) by late 2019. As of 2020, the roadside levels of nitrogen dioxide, particulate matter and sulfur dioxide, have been reduced by 40%, 48%, 47% and 50% respectively compared with 2010.

For Taiwan, in their new air pollution control plan for 2020- 2023, a slew of new targets have been set. For power plants and refineries, the government is taking action from regulating fuel permits and establishing a standardised nationwide principles to transitioning towards natural gas, as well as promoting more electric vehicles in order to reduce emissions and electrifying local bus fleets. Taiwan also plans to control Volatile Organic Compounds (VOC) and discourage open-air burning practices, in addition to regulations on cooking fumes from eateries.

Smog from the Greater China region has also heavily impacted Hong Kong and Taiwan’s air quality. To combat this, Hong Kong has been collaborating with the Guangdong authorities to improve air quality in the Great Bay Area region and formulated emission reduction targets for 2020. Taiwan, on the other hand, has been emphasising on the control of local pollutant emissions from tightening control of open burning and construction sites to coordinating with coal-fired power plants to reduce short-term emission during times of smog from the greater region.

With similar paces of life, Hong Kong and Taiwan also have similar air pollutant emissions and unhealthy air. But have their respected implemented policies improved their air quality?

In the case of Hong Kong, although street-level pollutant concentrations of emissions between 2020 and 2021 have exceeded WHO guidelines, the city has seen a slow decreasing trend since the issue of “2025 Air Quality Objective Review”. However, at its current rate, it would possibly take years before Hong Kong’s air quality standards reached WHO-accepted levels.

Whereas in Taiwan, their air quality has been classified as “moderate” since late 2019. That being said, targets from the new air pollution control plan for 2020-2023 were only just announced in 2020, the improved air quality cannot be attributed to the new measures, however further gradual improvement has been continuing and shown to be promising.

What Needs to be Done?

Different types of pollutants may need different measures and solutions to alleviate air pollution levels. To alleviate air pollution, governments need to establish strict policies on managing the discharge of air pollutants. Having a clean energy standard that imposes heavy fines on industries when air pollutants exceed a certain amount from industries or to enforce the replacement of high emitting vehicles to lower emitting vehicles, progressively improving air quality on a yearly basis.

For the public, people can take public transit instead of private cars to help diminish the outflow of emissions; make good use of car-sharing or bike-sharing in the community; limit the use of air conditioning units and keep temperatures higher when in use to reduce the discharge of CO2.