CANZUK: The Next EU? How the Treaty Can Deliver Environmental Goals 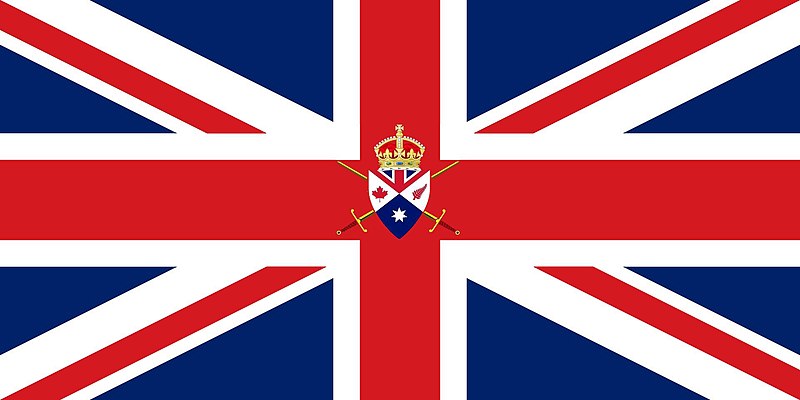 The UK aims to achieve net-zero emissions by 2050. As the Brexit transition period ended December 31, 2020, building new alliances may be important for the UK’s developmental goals. CANZUK – a proposed alliance between the UK, Canada, Australia and New Zealand – might support trade and cooperative foreign policy, but will it encourage collective action against the climate crisis? How will it support environmental protection efforts, and how will it interact towards other states?

The CANZUK concept can be traced to author William David McIntyre in 1967, but the proposal hadn’t entered popular media until the Brexit vote in 2016. CANZUK countries have combined trade worth £2.5 trillion and a combined GDP ranking 3rd in the world. The potential agreement has gained small but substantial backing in the respective countries, mainly by British and Canadian conservatives. However academics and international relations experts contemplate whether CANZUK will deliver social and economic benefits to the 4 proponent states.

The countries have many similarities – they all speak English, have democratic ways of life, and have developed economies. All use the Westminster Parliamentary System, echoing the close relationships that Canada, Australia and New Zealand have with the UK. On an international level, the countries also hold intermediate levels of economic influence, associated with a “middle power” status, optimal for monitoring countries stronger and weaker than them. CANZUK and its political organisations could facilitate conversation about international democracy and human rights, influencing diplomacy in their respective regions.

Given their physical distance, CANZUK would probably become a political entity, rather than a trade-focused union. CANZUK could resemble the EU’s former arrangement as the European Economic Community (EEC). Erin O’Toole, Leader of the Opposition in Canada, proposed ideas like free trade, visa-free flow of people, and intelligence cooperation across the bloc. The arrangement would likely provide valuable political partnerships, facilitating the sharing of knowledge and talent across borders.

As of now, however, CANZUK lacks a much-needed pledge towards the climate crisis. Controlling 12% of all land on Earth, CANZUK would control a variety of natural resources, ranging from the Canadian Arctic Tundra to the Australian Great Barrier Reef. There is potential to adopt sweeping climate action, hugely reducing emissions. CANZUK could become a sustainability role model to other countries.

However, as much impact the agreement could make, the four nations differ greatly in their current sustainability efforts. According to Earth.Org’s Global Sustainability Index, their ranks range from 8th with the UK to 160th with Canada, out of 228 countries. Uniting the countries under a comprehensive climate agency would require adjustment and alignment of climate policy, which in itself faces bureaucratic challenges. Furthermore, policy implementation and monitoring would also have limitations.

For example, ASEAN (the Association of South-East Asian Nations) has a joint statement on climate change, and in 2019, member states launched a Framework of Action on Marine Debris, making it a good example of climate cooperation. However, the plans lack legally binding implementation plans, majorly because each member state differs in political processes. Building adequate public-private partnerships and effective legal mechanisms are essential to elevate these agencies to bodies where bold climate action can be carried out.

Australia, for example, needs a push in federal climate action. Unlike its other CANZUK members and trading partners like Japan and Korea, it hasn’t set a federal net-zero emissions goal, nor a carbon price since it was repealed in 2014. Under Liberal-National leadership, PM Scott Morrison continues to provide federal funding for gas fields and coal exports, despite the fact that Australia has one of the world’s highest per-capita GHG emissions. Even with Kyoto Carryover Credits and reduced emissions from COVID-19, Australia is on track to miss its 2030 reductions target. Pressures from other CANZUK nations could potentially bolster better proactive action from the federal government.

Canada also shows poor federal climate action, despite having the majority of its power generated from non-emitting sources. Both liberal and conservative governments have failed to meet emission reduction targets, notably that of the 1992 Rio and 2005 Kyoto treaties. PM Justin Trudeau himself has shown mixed action towards the climate crisis – back in December, it was announced that the gasoline price would rise by 38 cents, a dramatic increase that no driver could ignore. In the same year, Canada spent $1.9 billion on direct aid towards oil and gas, a $600 million increase from 2019. Canada would need radical change on the federal level to meet its reduction goals – CANZUK could play a role in vouching for such reform.

New Zealand’s Zero Carbon Act, the second ever to be passed after the UK, also has room for improvement. While it aims to achieve net-zero emissions by 2050, it excludes emissions from agriculture and waste, which represent 40% of NZ’s current emissions. It also lacks robust policies for control, in line with a common criticism that the Labour government often disappoints in terms of implementation. Were CANZUK to step in and monitor New Zealand’s policy progress, it could ensure the appropriate expenditures went into policymaking. Meanwhile the local government can contribute by upholding labour and environmental standards in CANZUK.

Earth.Org ranks the UK the highest in climate action. 12 years after the passing of the Climate Change Act, GHG emissions have fallen by 28%, and the UK has a target of phasing out coal power plants by 2023. The UK was also the first major economy to include their 2050 net-zero emissions goal in law. This places the UK in a leading position for CANZUK’s potential climate agency, in charge of monitoring its other members.

Seen from this section, each of the countries could benefit from a supranational environmental legislature. CANZUK will need to implement a uniform carbon price, encourage reform against traditional energy sectors, and pool resources for clean energy investment, to bolster climate action in the 4 nations. Currently the UK and Australia lead on clean energy investment, spending US$5.3-5.6B each year. Establishing funds and sharing human capital could assist progress for solar and hydropower in Canada and New Zealand.

CANZUK and its Implications For International Relations

CANZUK majorly resembles the 5 Eyes Partnership, except it excludes the US, which could cause some tension. Nevertheless, the CANZUK countries have similar political structures, favouring a more socialist system as compared to the survival-of-the-fittest system in the US. The US also has a skewed political compass, with a right-wing party more extreme than those in other countries, as seen from its withdrawal from the Paris Climate Agreement. Ultimately, excluding the US could be a positive decision for the union. CANZUK could probably implement better socioeconomic and climate policy, given their similarities in social and political structures.

CANZUK also raises concerns towards its interactions with China – its members have mixed relationships with the largest Asian economy. In particular, increasing rhetoric states that CANZUK will be formed to prevent Chinese assertions in the Asia-Pacific regions. This could put Australia and New Zealand in a confusing position, as both have significant trade relationships with China, trading mainly fossil fuel products and agricultural commodities. CANZUK-backed environmental action could worsen trade relationships with China. Coordinated political statements could also be risky from within CANZUK, seen from the backlash after the Australian and Canadian governments expressed their views on the political situation in  Hong Kong. It is unclear whether CANZUK would escalate or relax political tensions in the region.

CANZUK’s political partnership also has questionable effectiveness. For example, its combined military spending of USD$100 billion per year would only be a fraction of China’s, without even considering the physical challenges of gathering military resources. Hence it is unclear how the “middle powers” will function beyond a diplomatic advisory body. Academics also question the ethos of the proposal, connecting the “Anglosphere” concept back to Victorian ideals and colonialism. There is a growing skepticism that anxiety and imperial “nostalgia” is the development of the proposal, as middle powers around the world struggle to hold their ground. From a political perspective, it can be said that CANZUK seems more idealistic than actionable.

In terms of aligning climate policy, certain industries might suffer economic loss, and the countries would have to make sacrifices to join CANZUK. Australia might have to limit its fossil fuel exports to comply with CANZUK climate policy, risking 50% of its export business. Canada would also risk a significant portion of its exports, with its abundance of petroleum and fossil fuel products. There exists the question of how much CANZUK countries will have to sacrifice to align with a climate agreement, and whether or not CANZUK can facilitate a green shift in economic structures within the four states.

CANZUK remains a proposal for a political-economic union, led by conservative politicians in Canada, Australia, New Zealand and the United Kingdom. While CANZUK could have a significant impact on voicing progressive, environmentally-centred rhetoric, its effectiveness in implementing and monitoring environmental policies is limited. Its function beyond an advisory union would also be limited, given the distance between the four states, along with significant trade partnerships with China.

Given that each of the countries could benefit from a supranational environmental legislature, the four countries (and beyond) could look into establishing global governance bodies, overcoming the legal and political challenges that economic unions face.