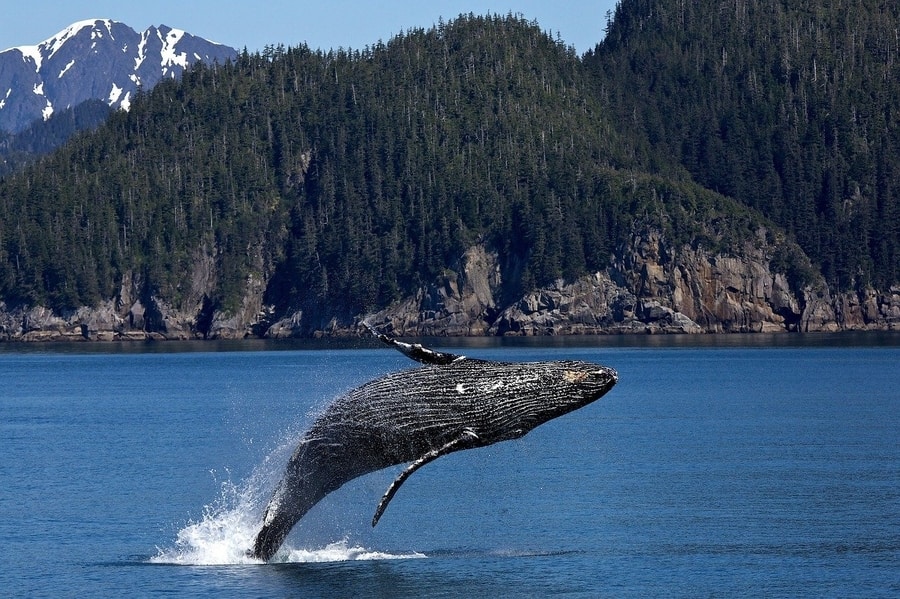 As anyone who travels with kids knows, long journeys can lead to endless little songs, rhymes, riffs and gratingly repetitive singalongs. New research shows that whales are no different. To pass the time on their long migrations, humpback whales sing to each other as they travel – and learn new songs as different populations converge along well-travelled routes.

“Male humpback whales perform complex, culturally transmitted song displays,” explains Dr. Ellen Garland of the University of St Andrews in Scotland. “Our research has revealed the migration patterns of humpback whales appear to be written into their songs. We found similarities in songs from the Kermadec Islands and songs from multiple wintering locations.”

According to the University, it was already known that whale songs are transmitted eastwards across the South Pacific Ocean, travelling across breeding populations from Australia to French Polynesia in a series of ‘revolutions’ passing in waves across the oceans. The new research, undertaken in collaboration with the University of Auckland, now reveals that migratory convergence appears to facilitate whale song learning as well as transmission of songs east, and potentially cultural convergence.

“While convergence and transmission have been shown within a whale population during migration and on their wintering grounds, song exchange and convergence on a shared migratory route remained elusive,” explains Dr. Garland.

Dr. Luke Rendell, also from the School of Biology at the University of St Andrews, added “Song themes from multiple wintering grounds matched songs recorded at the Kermadecs, including a hybrid of two songs, suggesting that multiple humpback whale populations from across the South Pacific are travelling past these islands and song learning may be occurring.”

Meanwhile, a survey conducted this year near the sub-Antarctic island of South Georgia by the British Antarctic Survey (BAS) found that blue whale populations are steadily increasing, with the IUCN recording 3000 from as little as 1 000 in the 1960s. In addition to blue whales, the team recorded 790 humpback whales during the survey period, and estimated that there are now more than 20 000 of them feeding off the island seasonally.