In China, Public Support Grows to Rein in the Wildlife Trade in the Wake of the Pandemic 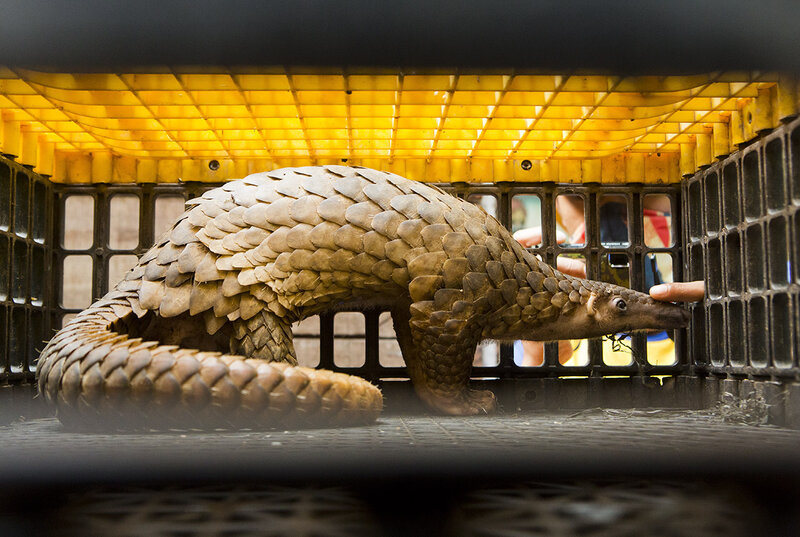 Public attitudes in China have shifted substantially to favour stricter regulations on the wildlife trade and a willingness to stop consuming wildlife, researchers reported recently in the Chinese journal Biodiversity Science (生物多样性). Conservationists in China are optimistic that increased attention on wildlife consumption since the outbreak of the COVID-19 pandemic will boost national efforts to prioritise biodiversity conservation.

The coronavirus outbreak in Wuhan, thought to arise from wild bats sold in a meat and produce marketplace, spotlighted the public health risks of China’s rampant and often illegal wildlife trade. “By now, if you enter any cities and even rural areas in China, you can see slogans or pictures that we should keep healthy and not eat wildlife,” said environmental scientist Xiangying Shi of Peking University and executive director of Shan Shui Conservation Center, lead author of the study.

The Chinese government’s wildlife consumption ban, enacted in February 2020, was surprisingly swift, Shi said. Government agencies have since followed up with policies to compensate wildlife farmers who were affected by the ban, which Shi called “encouraging progress.”

To measure how the pandemic might have swayed public opinion about wildlife, Shi and a team of Chinese researchers from six institutions and conservation organisations posted an online survey in February 2020 on social networking platforms. This survey method is an increasingly common practice in China for environmental policy research. The team collected over 100,000 total responses, which they whittled down to 74,040 after removing duplicate and incomplete responses. They then weighted the answers to control for selection bias.

More than 90 percent of respondents supported a strict ban on wildlife consumption, trade, and exhibition outside of zoos, the researchers found. “We expected that people would support [the ban],” Shi told Mongabay, “but we didn’t expect such a high ratio.”

With more education in schools on the importance of protecting wildlife, Xiao said, “We do feel that the younger generation is gradually changing their attitude. So the future, I think, will be bright. It just takes time.”

Meanwhile, national and international NGOs in China report that public awareness and support of conservation has been rising. “Things are changing dramatically, especially because of the big lesson—the pandemic,” said Jinfeng Zhou, Secretary General of the China Biodiversity and Green Development Fund in Beijing, who was not involved with the study.

In February 2019, when Zhou lobbied the government to remove pangolin scales from China’s list of approved traditional medicines, he said he was told to “get lost.” But his second attempt several months ago met with success: China upgraded the legal protections for pangolins to the same status as the nation’s beloved panda, prohibiting nearly all domestic trade and use.

Big education campaigns about conserving wildlife have worked very well to raise public awareness in China, said Steve Blake, chief China representative of the international NGO WildAid, based in San Francisco. For instance, WildAid was behind the anti-ivory campaign “When the buying stops, the killing can, too,” which created so much public support that China banned the ivory trade in 2017.

Since then, Blake noted, the Chinese government has been more open to discussing wildlife issues, strengthening enforcement and prioritising it from the top. Critically, he said, state media have supported these efforts.

In fact, many Chinese do not consider eating wild animals a cultural norm. “Eating wildlife is very rare, especially in cities,” said Shi. It’s only common “in some southern areas,” or when a tourist wants to “try something new,” she said. “And I know many people will think it’s very dangerous and disgusting to eat wildlife.”

Further, some online discussion platforms, such as Weibo, featured tens of thousands of comments during the pandemic from Chinese citizens denouncing the practice.

The wildlife consumption ban has already led to tangible change in China. This year, China already has prosecuted more than 15,000 people for wildlife-related crimes, a 66 percent increase from 2019, according to state prosecutors.

“For food consumption, [the Chinese government] already banned all terrestrial species, which is a really great procedure,” Xiao told Mongabay. However, she noted, “for the other usages, like exotic pets or in Chinese medicine, I think [we still have] a long way to go.”

Although people tend to think of China as an autocracy, said Xiao, the reality is more nuanced. The country’s vast government system and frequent turnover among managers means that “there are always people who are willing to accept new ideas and change the old systems—as long as you give feasible suggestions,” she said.

The response to the pandemic “is just one example that we can actually push things toward the right direction,” Xiao added. “Although [we can’t change] everything, still—step by step—we are changing it.”

This article was originally published on Mongabay, written by Emily Harwitz and is republished here as part of an editorial partnership with Earth.Org.