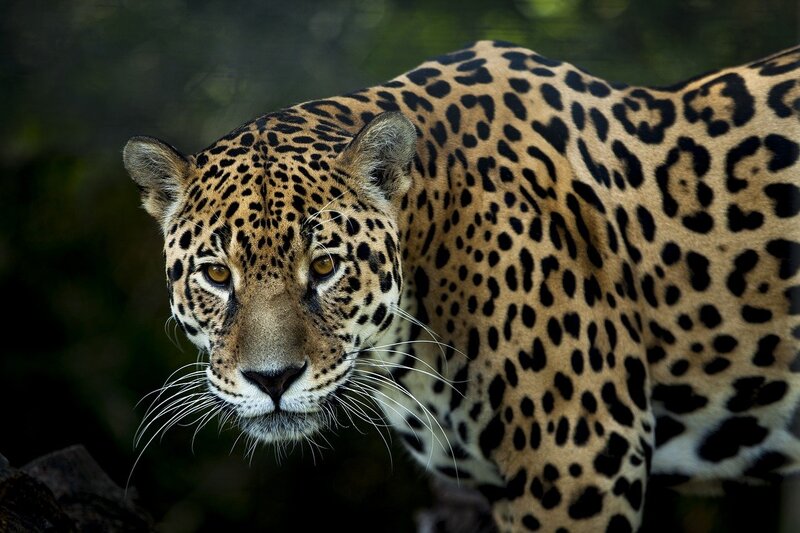 In celebration of International Jaguar Day on November 29, we are reporting on a study by the Queensland University of Technology which found that wild jaguars in the Amazon can cope with climate extremes in the short term, but that numbers will decline rapidly if weather events increase in intensity and frequency, as they will diminish the big cat’s sources of food.

The jaguar is the dominant predator in Central and South America and is considered a near-threatened species by the IUCN. Their diet includes white lipped peccary, collared peccary, red brochet deer, white tailed deer, agouti, paca and armadillo.

The project was based on information gathered during a 2016 trip to the remote Pacaya Semiria Reserve, covering nearly 21 000 sq km in the Loreto region of the Peruvian Amazon, comprising mostly primary forest. A census study based on camera traps, scat analysis and jaguar ecology was also used. Estimating jaguar numbers is difficult because they are elusive by nature, are not always uniquely identifiable and their habitats can be hostile to humans, according to the researchers.

Scenario One estimated the jaguar population at 600-700, assuming stable prey availability while Scenario Six was an extreme case with drought and flood occurring every other year.

In the worst case scenario, prey levels could not recover and jaguar populations were predicted to drop to single digits in 30 years’ time.

The researchers say, “Our results imply that jaguars can cope with extreme drought and flood, but there is a very high probability that the population will crash if the conditions are repeated over short time periods. These scenarios are becoming more likely due to climate change. The declines may be further exacerbated by hunting of both jaguars and their prey, as well as loss of habitat through deforestation.”

International Jaguar Day is intended to bring awareness to the plight of the species. Current estimates put the jaguar’s numbers at around 15 000 in the wild.