Japan Will Release Radioactive Fukushima Water into the Pacific Ocean 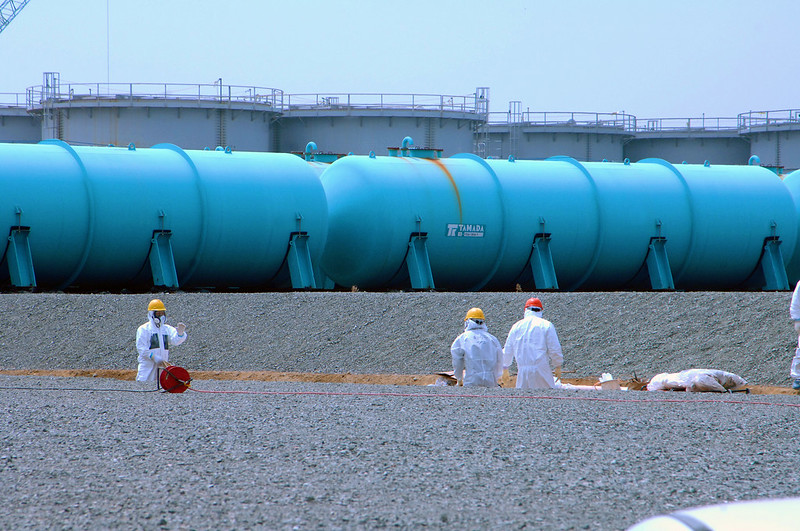 Japan has announced that it will release over a million tons of radioactive water from the Fukushima Daiichi site into the ocean. The decision has angered neighbouring countries, including China, as well as local fishermen.

About 1.25 million tonnes of water has accumulated at the site of the nuclear plant, according to Tokyo Electric Power Company, known as TEPCO. Okuma Town in Fukushima was rocked by an earthquake which triggered a tsunami back in 2011. The disaster resulted in over 15 000 deaths, 160 000 residents being displaced as well as millions of gallons worth of radioactive waste being released into the Pacific. In 2013, National Geographic reported that TEPCO is handling “an ever-increasing amount of contaminated water – nearly 150 000 tons a year” on site. It includes water used to cool the plant, as well as rain and groundwater that seeps in daily. The water needs to be filtered again to remove harmful isotopes and will be diluted to meet international standards before any release, the government said.

The radioactive water, which increases in quantity by about 140 tonnes a day, is now being stored in more than 1 000 tanks, and space at the site is expected to run out around next autumn. At the end of 2020, it was calculated that tanks could hold 1.37 million tons of contaminated water, enough to fill over five hundred Olympic swimming pools.

After months of deliberation, a panel of experts advised the Japanese government to allow the gradual release of the radioactive water into the Pacific Ocean. A minister, Yoshiaki Harada, said, “The only option will be to drain it into the sea and dilute it.” The government and TEPCO had previously stated they would not dispose of the contaminated water without consulting locals. Fukushima fishermen have voiced vehement disapproval to the current proposal, stating there would be serious economic and reputational damage on their part. Toru Takahashi, head of the Fukushima Trawl Fishery Association, says, “We cannot accept releasing the water into the ocean. People in some other prefectures are for the plan. But no one will buy fish from the sea where the water is discharged. Everybody will think fish from Japan are dangerous.”

Work to release the diluted water will begin in about two years, the government said, with the entire process expected to take decades.

China called the plan “extremely irresponsible,” accusing Japan of reaching the decision “without regard for domestic and foreign doubts and opposition.” The Chinese foreign ministry said in a statement on its website, “This approach is extremely irresponsible and will seriously damage international public health and safety and the vital interests of the people of neighbouring countries.” Meanwhile South Korea said that it “firmly opposes” the move, a view shared by Taiwan’s Atomic Energy Council.

This move has drawn ire from environmental groups, Kazue Suzuki, Greenpeace Japan’s climate and energy campaigner, saying that it “completely disregards the human rights and interests of the people in Fukushima, wider Japan and the Asia-Pacific region. The Japanese government has once again failed the people of Fukushima.”

However, the International Atomic Energy Agency supports the decision, since radioactive elements, except tritium, will be removed from the water or reduced to safe levels before it is discharged. The IAEA has also pointed out that nuclear plants around the world use a similar process to dispose of wastewater. Experts say tritium is only harmful to humans in large doses and with dilution the treated water poses no scientifically detectable risk.