7 Key Research Areas That Could Help Solve the Plastic Crisis 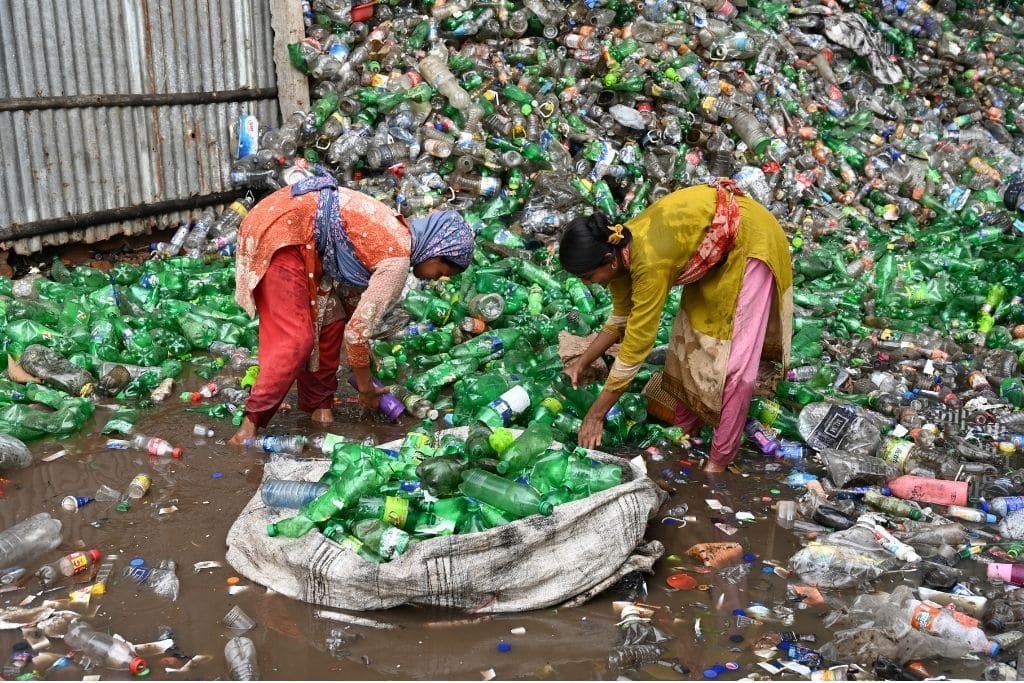 At the forefront of our technological advances are researchers that dedicate their career to investigating and studying the possibility of new innovations. Without research, our world would not experience progress and problems posed against humanity would go unanswered. As plastic pollution remains one of the world’s biggest environmental problems, targeted scientific research is key to finding solutions to the pervasive issue. Here are 7 key research areas that will help us progress further in solving the plastic crisis.

Aside from technological advancements and inventions, targeted area research will bring imperative benefits in tackling the plastic crisis. Without it, scientists would not have uncovered the plastic-eating enzyme that will play an important role in drafting further future solutions, and we would not have discovered that our current NASA technology used to predict extreme weather can also be used to monitor and track microplastics in our oceans.

Needless to say, research is fundamental to pioneering groundbreaking technology, as well as finding solutions to political issues and governance within our communities. The journal One Earth published an article asking leading researchers in the industry what they believe the best science-based research to the solution to the plastic crisis should be. This has been summed up in the following:

Tamara Golloway from the University of Exeter believes that unsustainable use of plastic is widely occurring around the world. To alleviate the plastic crisis, she asserts that we need research on how we tackle the plastic crisis on a political level.  This includes adopting “circular-economy approaches to focus on creating closed-loop resource flows that can keep products in use longer, thereby reducing waste and carbon budgets, and conserving natural resources.” Galloway implies that the current use and shelf-life of plastic is unsustainable, and we need to bring together governments and scientific researchers to find ways in which plastic can be used in a more sustainable way.

Britta Denise Hardesty from Commonwealth Scientific and Industrial Research Organisation also believes that research should be conducted into political change in the form of a plastic tax that incorporates the true social cost of plastic.

“When we put a price on plastic, when we value the many polymers that compose the plastics in society today, and when we incorporate the true costs into what we pay for these materials – from pellet form to finished product and from manufacturing to recovery – we will not only wasteless but also design better and smarter,” said Hardesty.

Marcus Haward of University of Tasmania believes that more research should be carried out on the governance of plastic, focusing specifically on its production and use, as current regulations and government responses have failed to properly address plastic waste.

“Plastic pollution is a case of regulatory, market, and community failure, and so traditional governance responses such as looking to market instruments to address regulatory failure or community actions to address market failures are insufficient,” stated Haward.

Sherri A Mason of Penn State Behrend believes that to ignite collective action, more research is needed studying the effects of plastic pollution on human health and what it is directly doing to our bodies.

“The research questions at the forefront of plastic pollution research and those that are most likely to lead to real solutions are those that are looking at the impact of plastic pollution, specifically micro-and nanoplastics, on human health,” Mason said. “When people know it is affecting them and/or their children and other loved ones, they will demand action and our representatives will be hard pressed to rationalise anything but.”

Alice Horton of National Oceanography Centre agrees, adding that research should also look into its effects on ecosystems, food chains and human health. “Understanding the distribution and forms of plastics in the environment will help us to better understand ecosystem exposure and to predict accumulation and hazard,” Horton said. “Further investigating the harm that different types of plastics can cause will ultimately help us to target those that are the biggest threats, i.e., the ‘‘problem plastics,’’ and thus implement strategies to reduce the production of these products and their effect on the environment.”

Joshua O Babayemi of Anchor University in Lagos believes research should be carried out on the consumption of plastic and ways in which they can be modified to make them recyclable and sustainable for the economy. Babayemi notes that there is a huge issue of unrecyclable plastic bags dominating their economies in Africa. “Despite the global outcry against plastic littering and pollution, these ‘‘unrecyclable’’ plastics currently litter almost every street and make up a major component of wastes in all dumpsites,” Babayami stated. “It is not uncommon to see plastic bags caught on plants.”

Babayemi added: “This raises several research questions. Why are these categories of plastic wastes not usually sought after by recyclers in African countries? Can deposit return schemes be a way out? Is the continent ripe for a complete ban of single-use plastics? Can the composition of plastic bags be modified to be more suitable for recycling? Finding the answers will be a critical step in addressing plastic pollution in Africa.”

Stefan Krause of the University of Birmingham believes we need further research into the sources, sinks and transport pathways of plastic. This would mean investigating how plastic is altered throughout its journey into the economy, and how these alterations are affecting aquatic life, human health and ecosystems.

“There are still severe knowledge gaps in understanding the principles that govern the spatial and temporal dynamics of plastic transport and accumulation in river corridors,” stated Krause. “This includes how microplastic particles are altered during transport – how they degrade in freshwater environments, how they enter and propagate through food webs, and ultimately how they affect human and environmental health.”

Joleah Lamb of the University of California Irvine argues we need to put our attention towards technological and innovative advancements of bioplastics. There’s currently a “social hesitation” in the use of plastic alternative materials, which warrants further research in this key area. Lamb stresses that social understanding is imperative.

When discussing replacing plastic with bioplastic, she asserts that “transforming a waste stream into the main component of a new product might not be well received by consumers, resulting in low uptake despite the positive environmental impact.”

Ivan A Hinojosa of Universidad Catolica de la Santısima Concepcion highlights the need to examine approaches in tracking plastics through the use of chemical markers that enable labelling and identification. He further believes that large companies need to be held responsible for their negligence. “The big producers of plastic pollution must be held responsible,” Hinojosa said. “The scientific community could potentially facilitate producer accountability by investigating approaches to tracking plastics through chemical markers that enable labelling and identification.”

It is clear that targeted key research is just as imperative as the technology created by our inventors and engineers. To support the furtherance of such research discussed above, governments need to prioritise environmental issues in their agenda. For instance, The Organisation for Economic Co-operation and Development (OECD) released a report providing countries with a Green Budgeting Framework that can help governments achieve their environmental and climate goals.

In redirecting their budget and ensuring that they are investing enough money to help fund the expansion and future of these types of research, we might have a change in tackling global pervasive problems including plastic pollution.