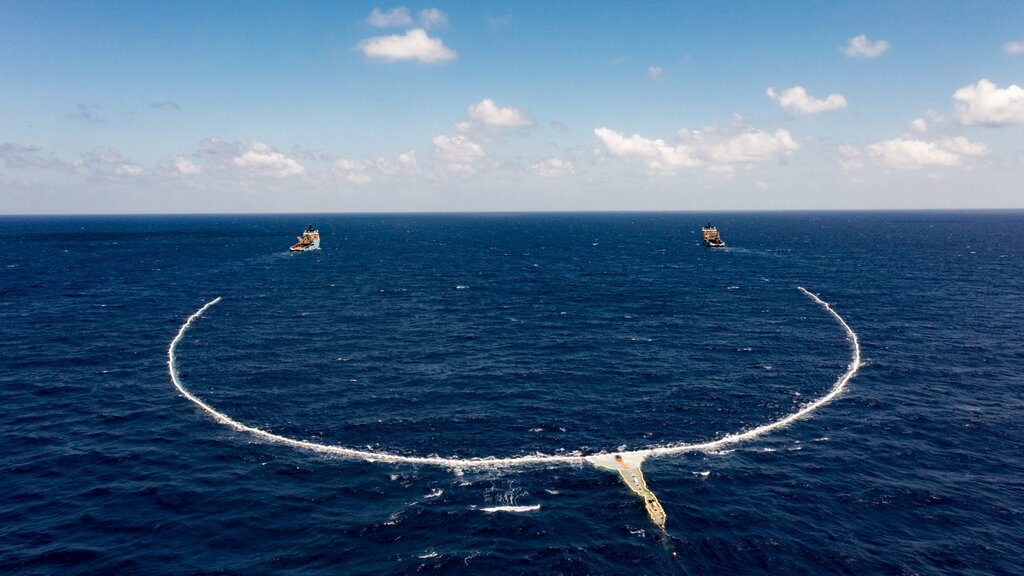 Plastic pollution is without a doubt one of the biggest environmental problems that we face today. In 1950, the world produced more than 2 million tons of plastic per year and by 2016, that number has soared up to 242 million tonnes, accounting 12% of all municipal solid waste. Plastics take hundreds of years to decompose, can leach harmful chemicals that spread into groundwater when disposed of in landfills, enter ocean waters and mistakenly ingested by marine animals as well as disrupting marine habitats. The environmental impacts of plastic pollution can be staggering, so it is crucial that we tackle the issue and not allow it to exacerbate. The ubiquity of plastics makes it increasingly difficult for the world to give it up, but there are a number of tools that could be the solution for plastic pollution.

One would think simply banning plastic outright could be the ultimate solution for plastic pollution, but the omnipresence of plastics in our daily lives makes it incredibly difficult for us to give it up entirely. However, incremental bans, especially with single-use plastics, can be massively effective and incentivise consumers to either reduce plastic usage or rely on alternatives.

According to a UN paper, more than 70 countries have adopted a full or partial ban on single-use plastic bags, while many other nations have placed a charge or tax for it. But in recent years, governments started rolling out new bans to include single-use plastic straws, utensils and other smaller plastic items. New Zealand for example, will be phasing out most single-use plastics by 2025, which is estimated to eliminate 2 billion plastic items annually. The EU and the UK introduced a similar ban in 2020 while India, one of the world’s biggest plastic polluters, announced the country will be banning the manufacture, sale, distribution and use of single use plastics from July 1 2022 onwards.

Other European countries including France and Spain have decided to tackle plastic pollution by targeting plastic packaging, but specifically for produce. The French ban on plastic packaging for most fruit and vegetables will start from January 2022 onwards in an effort to reduce plastic waste in the country, and will be extended to all produce by June 2026 in order implement “alternative solutions” to plastic wrappings. Officials estimate the ban would potentially eliminate more than one billion “unnecessary plastic packages”. Spain’s plastic will also begin starting from 2023.

However, many countries have stalled progress on reducing plastic waste as a result of  COVID-19, where single-use surgical masks, plastic gloves, and hand sanitiser bottles have emerged as a new form of pollution. Furthermore, governments failed to acknowledge that  many of the largest producers of plastic waste come from the commercial sectors.

Implementing Extended Producer Responsibility policies have been increasingly more popular in many European countries and several US states as a solution for plastic pollution.  An EPR legislates the responsibility and costs of disposing packaging materials and waste lies with the producers and manufacturers that made them, and not consumers.

According to the Environmental Protection Agency, 82.2 million tons of containers and packaging were discarded in the US in 2018, which has been exacerbated since China suspended their purchase of recyclables in the same year. Furthermore, 20 companies produce more than half of global plastic waste, according to a 2020 report. The study reveals that 130 million tonnes of single-use plastics were thrown away in 2019, with oil and gas ExxonMobil contributing 5.9 million tonnes. The largest chemicals company in the world, US-based Dow and China’s oil and gas enterprise, Sinopec, have both topped the list of plastic polluters.

While a number of European countries and Canadian provinces already have EPR in practice, the US state of Maine became the first in the country to implement it in July 2021. Several other states are beginning to hop on the bandwagon, including New York and California, and aim to implement it in the next year or two. 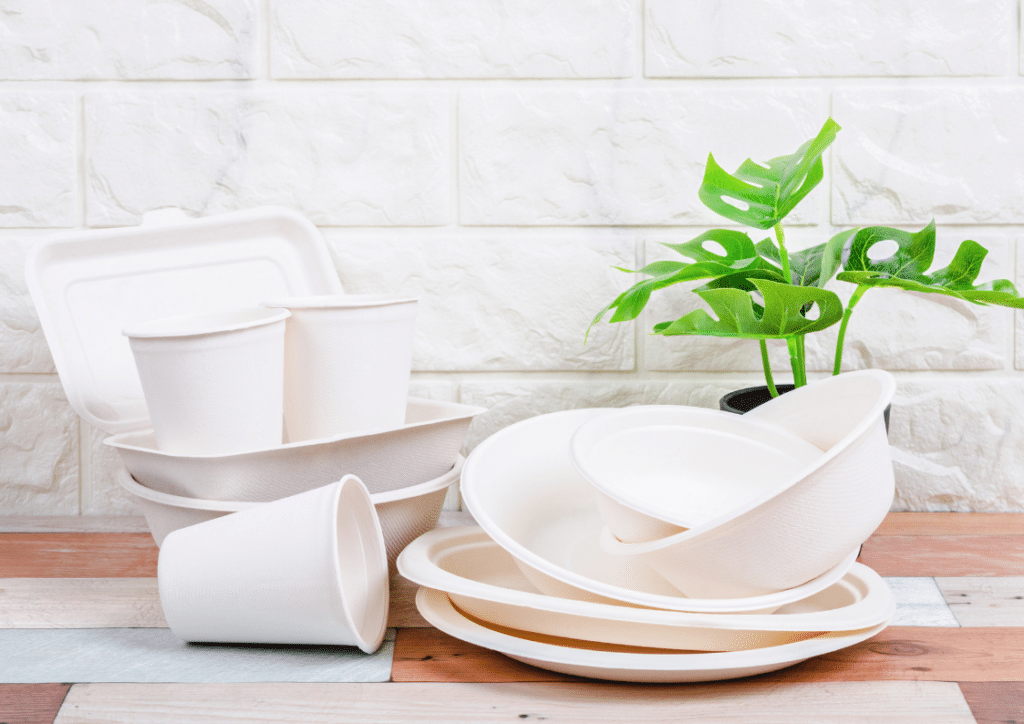 Bioplastics are plastic materials made up of plants, typically cornstarch and bamboo fibres,  instead of oil and other natural materials. They carry similar properties and sturdiness to traditional plastics, many of which are recyclable and biodegradable in industrial landfills, and tend to have a lower environmental impact as the plants used do not require pesticides or chemicals to grow. Converting to bioplastics would also mean a reduction in fossil fuels – 8% of the world’s oil is used to make plastic.

There is already a growing shift towards bioplastics, from disposable food containers and medical tools, to toys and fashion. Its global market share has reached up to USD$9 billion, but compared to the conventional plastic market, which is at $1.2 trillion, it still has a long way to go.

However, experts argue that the solution for plastic pollution should not be spent on producing more effective bioplastics but should focus on increasing global recycling efforts. One of the most notable drawbacks of bioplastics is the fact that they do not decompose in water, which like microplastics, are detrimental to marine life and ecosystems.

Recycling plastic has long been the main solution for plastic pollution, yet only 10% of the world’s plastics are recycled. The lack of large-scale infrastructures and convenient access to recycling bins or facilities can be attributed to people not recycling regularly. Recycling plants are also limited in their ability to break down all plastics, including cling film, plastic-coated wrapping paper and polycarbonate, all of which are widely used every day around the world. Conventional recycling also doesn’t doesn’t fully degrade the plastics into its monomers (the “building blocks” of plastic), which tends to produce lower-quality plastics the second time round.

However, scientists have started developing enzymes and plastic-eating bacteria as a method of breaking down plastics, and paving the way for greater recycling efforts. In 2016, a study from the Kyoto Institute of Technology discovered that the bacteria Ideonella sakaiensis can break down PET plastics – the world’s most common plastic – using the enzyme PET hydrolase and MHETase, which has the ability to degrade PET into its inert monomers. This means higher-quality recycled plastics.

There is huge potential in enzymatic recycling. Scientists engineered a super-enzyme that can degrade plastic bottles six times faster than before in 2020 while researchers in Indonesia continue to be on the hunt for the most effective marine microbes that can break down plastics. 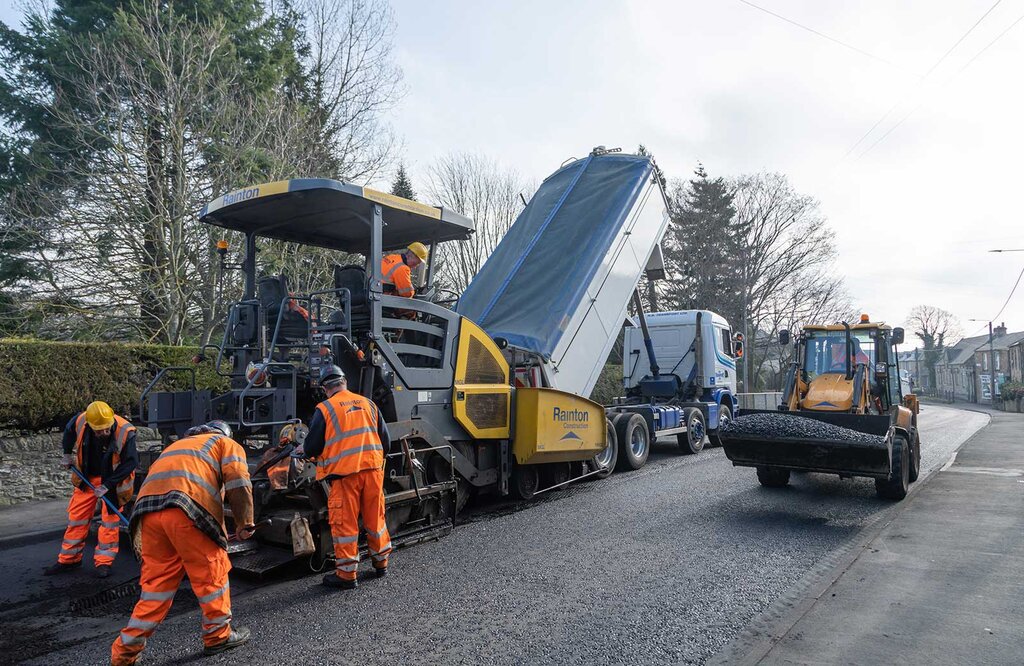 Another solution for plastic pollution is to utilise plastic waste in the form of green technology. Plastic roads have been gaining traction where roadways are paved using entirely of or mixed with used plastics, which can then support even the heaviest of vehicle transportation.

Around 20 years ago, India was the first to install over 60,000 miles of plastic roads while  a start-up in the Netherlands recently built two 30-metre stretches of cycle track in the Dutch towns of Zwolle and Giethoorn, claiming to be the world’s first recycled plastic bike path.

Studies have shown plastic roads have the potential of performing just as well or even better than traditional asphalt roads. They tend to be more durable and can tolerate wide temperature swings, water damage, and potholes.

Ocean plastic pollution is on track to triple by 2040, according to a 2020 report. About 11 million metric tons of plastic enter our oceans every year, causing incalculable damage to wildlife habitats and harm to humans and animals. What’s more, the Great Garbage Patch,  a colossal collection of marine plastic waste and debris located in the North Pacific Ocean that is estimated to be a staggering 1.6 million sq km in size, continues to grow every single day.

While the National Ocean and Atmospheric Administration (NOAA)’s Marine Debris Program estimates that it would take 67 ships a year to clean up less than 1% of the North Pacific Ocean, there are a number of ocean cleanup efforts that could change the game.

In 2018, The Ocean Cleanup developed System 001, which is a massive 2,000 feet long U-shaped funnel with an attached skirt that floats with the current to collect the plastic pollution in the Great Garbage Patch, with the aim of capturing  the plastics while they are still large enough and before they become microplastics. In October 2021, the team deployed System 002, an even larger funnel and managed to gather 9,000 kg of marine debris including toilet seats, toothbrushes, laundry baskets, shoes, sleds and fishing gear, in a single run. They also collected a total 63,182 pounds of plastic during its test extractions. Another possible solution to scale up the WasteShark project, an aqua drone that skims the water surface and collects marine debris through its wide opening. The technology can run for up to 16 hours and collect up to 400 pounds of litter in one trip.

Featured image by: The Ocean Cleanup