Medical Waste Disposal and Its Impact on the Environment

Medical waste is a huge environmental issue. As demand for Personal Protective Equipment (PPE) – including gloves, masks, and gowns – grew worldwide in response to the Covid-19 outbreak in the last two years, medical waste disposal rates skyrocketed. We take a look at the impact of PPE on the environment.

What is Medical Waste?

Any waste that is of a medical or laboratory origin can be classified as medical waste. This includes hospitals, laboratories, mortuaries, human as well as animal testing and research centres, blood banks, and nursing homes.

According to the World Health Organization (WHO), there are 8 types of medical waste:

The Impacts of Medical Waste Disposal on the Environment

The Covid-19 pandemic is not just a public health crisis, but an environmental crisis, too. An estimated 8 million metric tons of plastics already enter the ocean on an annual basis. According to a report by the World Health Organization, the medical waste accumulated during the pandemic increased plastic pollution in the oceans by 10 times.

PPE refers to medical waste that includes materials and equipment used by medical staff for the treatment of patients infected with highly contagious diseases such as Covid19, including but not limited to used gloves, test kits, and syringes. It also covers most of the types of medical waste listed above used in the detection, testing, and treatment of the virus.

To better fight Covid-19 patients and protect workers at testing centres around the world, the global manufacturing of PPE such as the protective gear ‘moon suits’ also skyrocketed, further exacerbating the pollution by plastic problem.

Between March 2020 and November 2021, approximately 87,000 tons of PPE that were produced ended up as waste. According to the WHO, more than 140 million test kits shipped worldwide created about 731,000 litres of chemical waste. In addition, between 2020 and 2022, the administration of more than 8 billion vaccines contributed to 144,000 tons of additional waste. 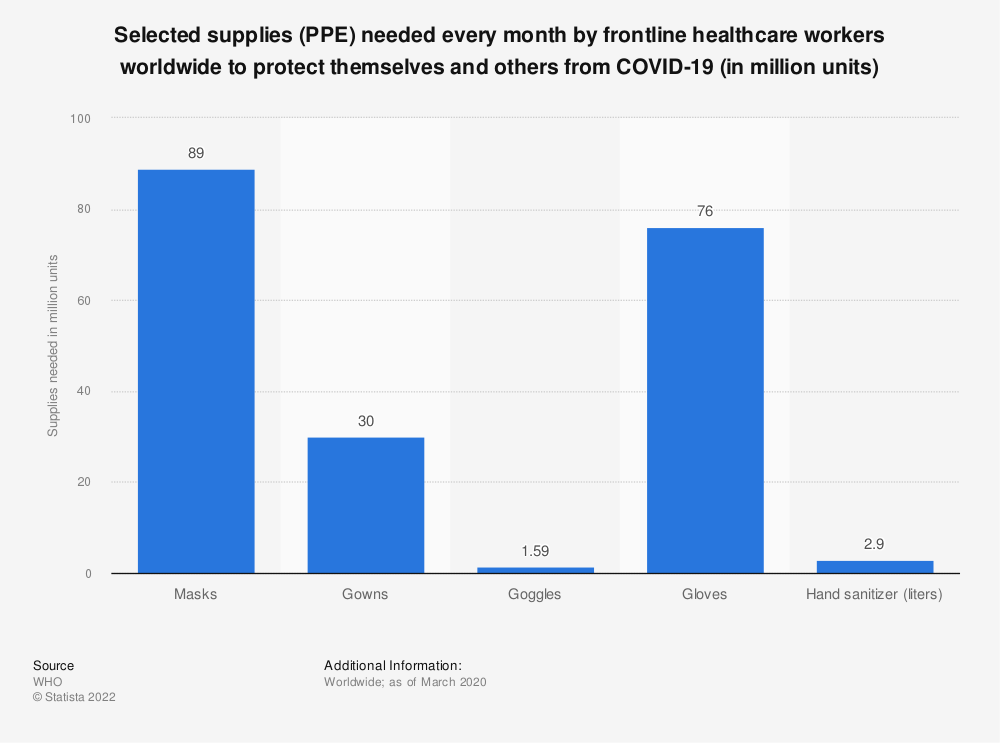 According to a scientific study conducted at the Multidisciplinary Digital Publishing Institute (MDPI), almost any PPE medical waste that is not disposed of in landfills or in incinerators ends up being discarded into the oceans. PPE is another source of plastic fibres and microplastics. A weathered mask, for instance, can release millions of microplastics into the aquatic environment, which can then end up being part of the food chain, endangering human health.

It is therefore imperative to pay attention that infectious PPE is disposed of in an adequate manner.

Incineration has always been the preferred method to get rid of equipment used to protect medical staff from highly infectious viruses and diseases such as SARS, Ebola, and the Swine Flu. Precautionary measures are often adopted in the disposal process of PPE waste, including segregation – separating PPE from other non-medical waste – as well as labelling as infectious, contagious, or ‘offensive’  – meaning contaminated but not infectious.

India’s very poor systems to facilitate the disposal of PPE, coupled with the lack of awareness through education as well as poor segregation, labelling, and incineration facilities, make the country one of the worst in terms of medical waste management.

PPE in India is often seen discarded in the environment. In addition, it is often burnt in crematoriums alongside funeral pyres.

Nonetheless – since March 2020 – India has taken significant steps to combat the problem of PPE disposal. Through the Central Pollution Control Board (CPCB), India has categorised PPE as “hazardous biomedical waste” and has provided disposal guidelines for public observation under the Bio-Medical Waste (BMW) rules of 2016 to dispose of PPE with utmost caution. These rules were updated and amended in 2018 and 2019 respectively to provide more comprehensive guidelines on the segregation and disposal of PPE medical waste.

During Covid-19, Africa experienced a huge rollout in the administration of vaccines, totalling 435 million. However, due to major gaps in the guidelines of PPE disposal, the country struggled with unprecedented waste rates. Because of a lack of proper incinerators, most PPE burning took place in the open and in drums, which contributed to an increase in the amount of toxic emissions released into the environment. This method of resorting to burning PPE in the open is not only unique to Africa and India but is common practice in most countries that lack proper waste management guidelines and facilities.

To help the continent, international organisations such as the WHO and the United Nations Development Programme (UNDP) as well as conservation groups such as the Global Environment Facility and Health Care Without Harm have developed multi-sectoral steps to help health care workers in Africa reduce toxic emissions from improper PPE medical disposal.

They took steps such as including protocols complementing existing measures and helping healthcare workers make “informed decisions” through “decision trees” about COVID19 medical waste disposal. In addition, under the 1989 Basel and 2001 Stockholm conventions, the WHO recommends the use of technologies “that do not form and release chemicals or hazardous emissions” for the disposal of medical waste, including closed high-temperature incineration, high-pressure steam (autoclaving), and microwaving as opposed to burning PPE in the open.

What Do We Need to Combat PPE Pollution?

COVID19 medical waste, and especially PPE, warrants proper waste disposal management guidelines that must be established at the international level. Such regulations will undoubtedly help countries worldwide to establish their own individual guidelines at the national level.

Nonetheless, international organisations can only do so much in terms of establishing programs and providing guidelines in terms of assistance to healthcare workers in the proper disposal of medical waste. Thus, countries worldwide must take constructive steps to adopt these guidelines at the national level. 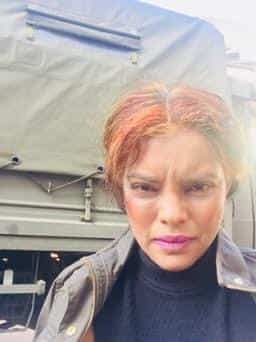 Shanthi is a current international faculty member, and an editorial board member for UNESCO’s chair in bioethics where she develops and teaches courses and publishes scientific articles in law, human rights and philosophy. Some of the modules she leads include human genome editing (Crispr), nanotechnology, corporate social responsibility, human rights, international laws, interdisciplinary bioethics, AI, and philosophy.