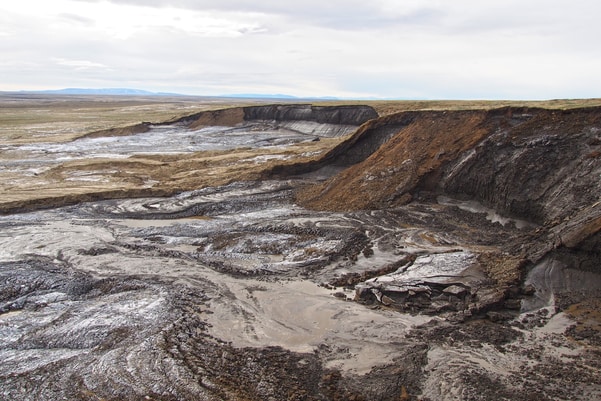 How much carbon is stored in permafrost?

There are about 100 billion metric tons of carbon stored in Arctic permafrost. Scientists believe that 5-15% of this could be emitted as carbon dioxide by 2100. This, spurred by microbial action, could be enough to raise global temperatures by 0.3 to 0.4 degrees Celsius. However, these estimates do not include the carbon dioxide that forms when organic carbon escaping from permafrost soil is flushed into Arctic lakes and rivers and is oxidised by sunlight- a process called photomineralisation.

Rose Cory, an environmental scientist at the university who helped to lead the research, says, “Only recently have global climate models included greenhouse gases from thawing permafrost soils. But none of them contain this feedback pathway.”

This pathway has been debated because it can be difficult to measure exactly how sunlight interacts with soil carbon; each wavelength of light has a different effect on soil organic carbon. Cory and her team developed a tool that uses LED lights to measure the impacts of different wavelengths of light on organic carbon, which allowed them to determine how light exposure affects the amount of soil carbon converted to carbon dioxide emissions.

The team also used carbon dating to age the soil organic carbon and the carbon dioxide emitted from it to demonstrate this oxidation was happening to ancient permafrost, not just that which thaws annually. Soil that thaws annually would release a much smaller amount of carbon dioxide than what’s available in these ancient soils. The researchers determined that it was between 4000 and 6300 years old, showing that permafrost carbon is susceptible to oxidation to carbon dioxide.

Including these findings into climate change models means that there could be a release of 6% of the 100 billion metric tons of carbon currently stored in Arctic permafrost, the carbon equivalent of 29 million cars evaporating into the atmosphere.