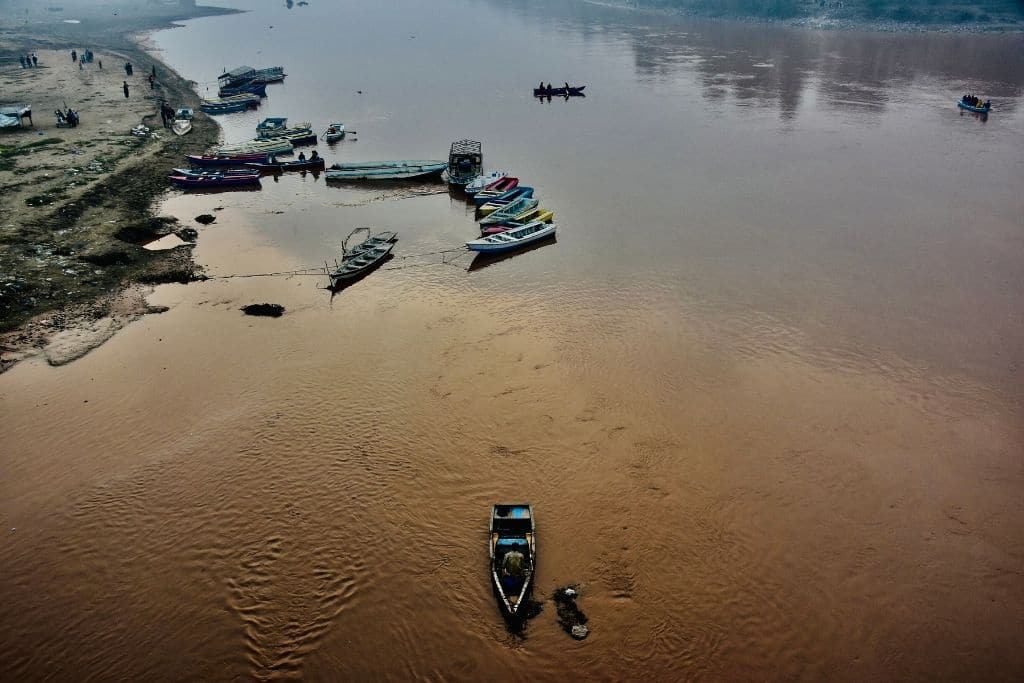 How paracetamol, nicotine, caffeine and other drugs, on top of human and industrial waste, have made River Ravi in Pakistan into the most polluted river in the world.

The world’s oceans and waterways have been heavily contaminated over the centuries, exacerbated by the rise of the Industrial Revolution, the growth of urban development and poor waste management. Water bodies around the globe have been dumped with industrial waste, raw sewage and increasingly in recent years, plastics and microplastics.

Indeed, rivers have become a major source of plastic waste; just 1,000 of the world’s rivers are responsible for nearly 80% of global annual riverine plastic emissions, according to the Ocean Cleanup. This amounts to about 0.8-2.7 million metric tons every year.

The Ganges in India – the world’s third-largest river and one of the most sacred landmarks in the country where Hindus believe its water can cleanse the sins of its people – and the Citarum River in Indonesia are often cited as the most polluted rivers in the world. The combination of industrial waste and chemicals have led to the spread of waterborne diseases and dangerously high levels of mercury in the water respectively, threatening the drinking water supply that many of its residents depend on.

But according to a 2022 report studying the pharmaceutical pollution of the world’s rivers, it discovered that Ravi River in Pakistan to be the most polluted river in the world based on the detected pharmaceutical particles including paracetamol, nicotine, caffeine and epilepsy and diabetes drugs in the water body.

Conducted at the University of York and published by Proceedings of the National Academy of Sciences of the US (PNAS), the research monitored 1,052 sampling sites along 258 rivers in 104 countries across all continents, representing the pharmaceutical fingerprint of 471.4 million people.

At Ravi River, which is located in northwestern India and northeastern Pakistan and flows along the India-Pakistan border in Punjab, the maximum cumulative concentration of pharmaceutical ingredients reached 189 µg/L.The highest mean cumulative concentration was observed in Lahore, capital of Pakistan’s Punjab province, at 70.8 µg/L. The city also happens to be ranked as one of the most air polluted cities in the world in 2021.

The presence of pharmaceuticals such as paracetamol, nicotine, caffeine and other drugs in these ecological environments and surface water poses a serious threat to environmental and public health in more than a quarter of the studied locations globally.

For aquatic organisms, there have been trends of feminised fish, decrease in fertilisation successes, changes in fish behaviour, and increased susceptibility of fish to predation. For humans, pharmaceutical pollution in water means greater antibiotic resistant bacteria.  What’s more, these contaminants hinder countries’ achievement of the United Nations Sustainable Development Goal – access to clean water and sanitation, and to conserve and sustainably the world’s water bodies.

The current state of River Ravi is attributed to significant human and industrial waste, rapid urbanisation, high industrialisation and lack of wastewater treatment, which combined, have caused large amounts of wastewater and toxic effluents flow directly from urban areas like Lahore, Sheikhupura and Faisalabad into the River Ravi, according to an Asian Development Bank report.

Despite having laws in place, the government of Pakistan has no legislation implementing waste disposal laws to protect ground and river water in the country.  India’s actions have also made the situation worse; the neighbouring nation has diverted the Hudiyara drain towards River Ravi under the Indus Water Treaty, meaning more untreated wastewater is entering the river on top of the existing waste dumping.

The study also found that the most contaminated sites were located in low- to middle-income countries and areas associated with poor wastewater and waste management infrastructure and pharmaceutical manufacturing. On the other end of the spectrum, rivers in Iceland, Norway and the Amazon rainforest are the cleanest and least contaminated due to more effective infrastructure and geologically far from urban waste disposal.

It is therefore a priority of governments to upgrade or invest in wastewater treatment facilities to tackle and reduce contamination. For example, a facility in Canada implemented small upgrades that successfully increase the removal of ammonia, leading to effluent with a much lower oestrogen concentration. This in turn led to a drop in intersex rainbow darters (from 70-100% down to 10%) and far lower levels of pharmaceuticals including ibuprofen, naproxen, and carbamazepine as well.

One of the most effective solutions to pharmaceutical pollution is however to prevent chemicals reaching the waterways in the first place. This includes stricter regulations on drug disposal, and introducing take-back programmes – where consumers can return pharmaceuticals if they are expired. Better education programmes are also needed to instruct consumers to throw out unused medication instead of flushing or pouring them down the drain.

In response to severe pollution at the most polluted river in the world, the Pakistan government has made plans to build a new city titled the Ravi Riverfront Urban Development Project. It aims to build a man-made channel and a series of barrages along the Ravi’s path to control its water level to help conserve what limited flow remains and restore Lahore’s supply of groundwater –  most of Pakistan’s rivers rely on the melting snow from glaciers in the Himalayas, which are set to shrink as the world heats up. But more importantly, the project is said to install wastewater treatment plants to treat sewage before draining it into the river.

Former Prime Minister of Pakistan Imran Khan said the project will boost the economy, benefit some 40 industries and provide hundreds of jobs. Though the project has already received around USD$1.5 billion foreign investment, progress remains to be seen.

As plastic pollution remains rampant around the world, tainting our oceans and waterways, we do not need to add another pollutant, especially one that we can control and regulate, into the mix. If we continue to not take action, we are only putting our marine biodiversity and health at further risk.