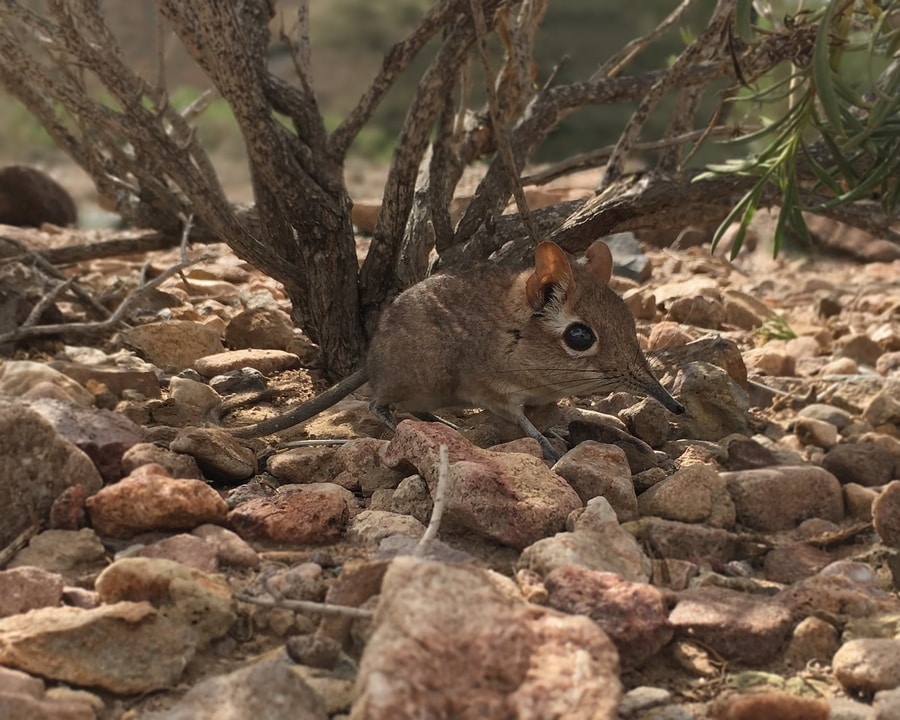 Global Wildlife Conservation, a biodiversity conservation organisation, has announced that the Somali sengi, a mouse-sized elephant shrew that had been lost to science for 50 years, has been rediscovered by scientists on an expedition to Djibouti in the Horn of Africa.

The Somali elephant shrew, or the Somali sengi, is related to aardvarks, elephants and manatees but is only a few inches in size. It eats insects with its long, trunk-like nose and it mates for life. It had been lost to science since 1968, but was recently rediscovered.

A paper published in the journal PeerJ announced the rediscovery of the Somali sengi in Djibouti in the Horn of Africa. The tiny animal is one of Global Wildlife Conservation’s 25 most wanted lost species. It is extremely rare and is known to science from only 39 individuals collected up to hundreds of years ago.

Steven Heritage, a research scientist at the Duke University Lemur Center and lead author of the paper, says, “Sengi biology is a science of passion. It takes somebody that’s motivated by passion for sengis to go out looking for this lost species. They are not well-known animals, but when you see them, it’s impossible not to adore them.”

In 2019, a team of scientists- including Heritage, legendary sengi researcher, the late Galen Rathbun from the California Academy of Sciences and Houssein Rayaleh from Association Djibouti Nature, went out in search of the mammal. Although the species was previously known to be only in Somalia, the team had received tips that it could be in Djibouti. Local Djiboutian people were able to identify the animal from a series of photographs during interviews.

Using information from the interviews, results from scat analysis, and the knowledge that the sengis would need some sort of shelter from raptors looking for a meal, they set a total of 1 259 traps at 12 locations, baiting the traps with a concoction of peanut butter, oatmeal and yeast. They caught a Somali sengi- distinguished by a tuft of fur on its tail- in the very first trap they set.

In total the team saw 12 sengis during their expedition and obtained the first-ever photos and video of live Somali sengis for scientific documentation. They did not witness any looming threats to the species’ habitat, which is dry and largely inhospitable to human activities such as development or agriculture. Because the abundance of the species seems about the same as other sengi taxa and because they were able to determine that its range extends beyond just Somalia into Djibouti (and possibly even Ethiopia), they were able to make a recommendation to the IUCN Red List of Threatened Species that the Somali sengi’s current data deficient status get updated to least concern.

One of the most significant findings from the rediscovery of the Somali elephant shrew comes from DNA analysis that shows that the Somali sengi’s lineage is most closely related to sengis that live as far away as Morocco and South Africa. This places them not in the Elephantulus genus, as believed historically, but instead in a newly named genus called Galegeeska. This means that the Somali sengi has somehow dispersed across great distances over time.

Heritage and Rayaleh plan to launch another expedition in 2022 to GPS radio-tag individual sengis to determine how they use their space, how pairs share their space, whether they are most active at night or during the day and under what conditions they are most active. Future efforts will also include research to figure out which other countries they live in and setting up a monitoring program to ensure the population sizes remain stable.

Rayleigh says, “For us living in Djibouti, and by extension the Horn of Africa, we never considered the sengis to be ‘lost,’ but this new research does bring the Somali sengi back into the scientific community, which we value. For Djibouti this is an important story that highlights the great biodiversity of the country and the region and shows that there are opportunities for new science and research here.”