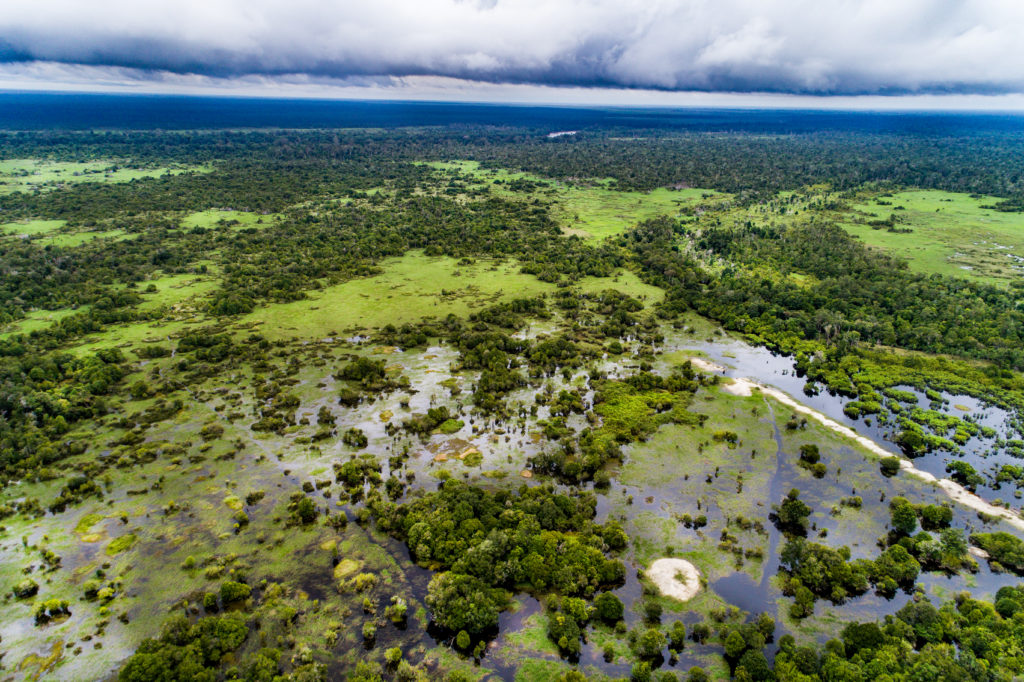 What do seagrass meadows and peatlands have in common? They are the world’s most powerful absorbers of carbon dioxide – natural “carbon sinks” that are removing carbon dioxide from the atmosphere more efficiently than any other organisms in the oceans and on land, helping to mitigate climate change.

How do seagrass meadows and peatlands protect the planet?

A new study, led by Australian researchers from Deakin University and James Cook University, found that seagrass meadows can remove carbon dioxide from the atmosphere at four times the rate than forests on land.

The researchers measured the carbon contained in sediment cores taken from 19 sites along the northern section of the Great Barrier Reef.

These sites represented three different depths: shallow, mid, and deep. The deepest seagrasses lie at nearly 25 meters. To their surprise, the data showed that the seagrasses draw about the same amount of carbon at depth as they do in shallower regions.

Extrapolating the measurements, they estimated that the world’s largest deep-water seagrass near the Great Barrier Reef, equivalent to the size of Switzerland, can lock away up to 30 million tons of carbon.

Climate change is one of the greatest threats to coral reefs, which are highly vulnerable to rising sea temperatures that “bleaches” the corals – a process that can eventually kill corals. Ocean acidification, from higher concentrations of CO2 are also harming the reefs.

“Whenever we find eco-systems that are drawing down lots of carbon, like the seagrass meadows, it is something to be really pleased about because we’re finding ecosystems that have the ability to retire carbon from the carbon cycle, take it out of the atmospheric pool, take it out of the pool that is causing climate change, and retire it once again from the carbon cycle.”, Prof. Peter Macreadie of Deakin University told SBS news.

The Halophila seagrasses are essentially saving their own ecosystem, along with other “blue carbon sinks” like salt marshes and mangroves. On land, peatlands are performing a similar function.

A peatland is an area that accumulates a deposit of dead plant material – often mosses – known as “peat”. Known peatlands only cover 3% of the world’s land surface, but they store at least twice as much carbon as all of Earth’s standing forests.

Known peatlands store at least twice as much carbon as all of Earth’s standing forests.

“From a climate perspective, [peatlands] are the most essential terrestrial ecosystem,” says Tim Christophersen, a senior program officer at the United Nations Environment Program.

The exact global distribution of peatlands is relatively unknown. Unlike rainforests or coral reefs, peatlands have largely been overlooked by policymakers and researchers.

“Many countries still do not know if they have peatlands,” Christophersen says.

They can be difficult to pinpoint as not all wetlands contain peat. To confirm their existence, researchers must be sent to sample the soil, which can be expensive and time-consuming.

While peatlands were previously associated with boreal and temperate regions, as in Minnesota, scientists now know that huge areas of peatlands are found in the tropics.

In early 2017, researchers found the world’s largest tropical peatland in the Congo, with an area larger than New York State.

The peatland stores around 30 billion metric tons of carbon, equivalent to three years’ worth of global carbon emissions from burning fossil fuels.

Seagrass and Peatlands are under threat from human activities

In Southeast Asia, where researchers estimate is home to over half of the world’s tropical peatlands, the ecosystem is at risk from deforestation, drainage and conversion for agriculture and infrastructure development.

Peatlands need water to survive. When they are drained, their compressed organic matter begins to decay, converting stored carbon in to CO2 that is emitted into the atmosphere, exacerbating climate change.

In August 2015 peatlands burned across Indonesia, after years of deforestation and draining for palm oil, pulp and paper plantations.  The fires were “the worst environmental disaster in modern history” says Thomas Smith, wildlife expert at King’s College London.

Smith estimates that the fires and smoke killed 100,000 people in Indonesia, Malaysia and Singapore. The crisis released more than 800 million metric tons of CO2 and cost Indonesia over US $16 billion, according to the World Bank.

Indonesia has subsequently prohibited any development in the peatlands. Restoration efforts are underway – the Peatland Restoration Agency established in 2016 aims to restore 2 million hectares of peatlands within five years.

Peatlands can be restored by preventing water levels from declining further and by planting native plants in degraded areas, which can assist the peatlands in retaining water.

In the face of climate change, peatlands appear to be capable of withstanding a significantly warmer world and continue to store vast amounts of carbon. A 2016 study found that heating the peats does not result in a loss of carbon or methane below one foot, which means that old carbon may continue to be locked away.

The study was conducted by scientists at Marcell Experimental Forest, a research station in Northern Minnesota that is leading cutting-edge research on peatlands, their large carbon storage capacities and how they might react to a warming world. Their results help to inform the Intergovernmental Panel on Climate Change (IPCC) in its climate projections.

Similarly, seagrasses are under threat from erosion and deteriorating water quality from urban development and pollution. 7% of their habitat area is lost a year, according to the International Union for the Conservation of Nature.

Unlike with peatlands, the restoration of seagrass is “unreliable, difficult and very expensive”, says Richard K.F. Unsworth, marine biology lecturer at UK’s Swansea University. “Conservation is certainly the best bet”.

The “best example of seagrass hope” is in Tampa Bay, Florida, he says. As the town’s population surged in the 1970s, developers uprooted mangrove forests and relocated seafloor silt – including the seagrass growing from it – to create stable land for construction along the shore. The waterways became a dumping grounds for local sewage, which flowed in to the bay, polluting the natural habitat

Local residents took action to clean up the bay and radically improved the water quality in the area, leading to a greater abundance of seagrass now than in the 1950s. Tampa Bay is a shining example of how community efforts can conserve and even restore vital ecosystems.

Given the importance of seagrass meadows and peatlands in mitigating climate change, global efforts need to be ramped up to develop public awareness of their ecosystems services – and to reinforce these powerful carbon sinks.