Why Offshore Wind Power is So Hot Right Now 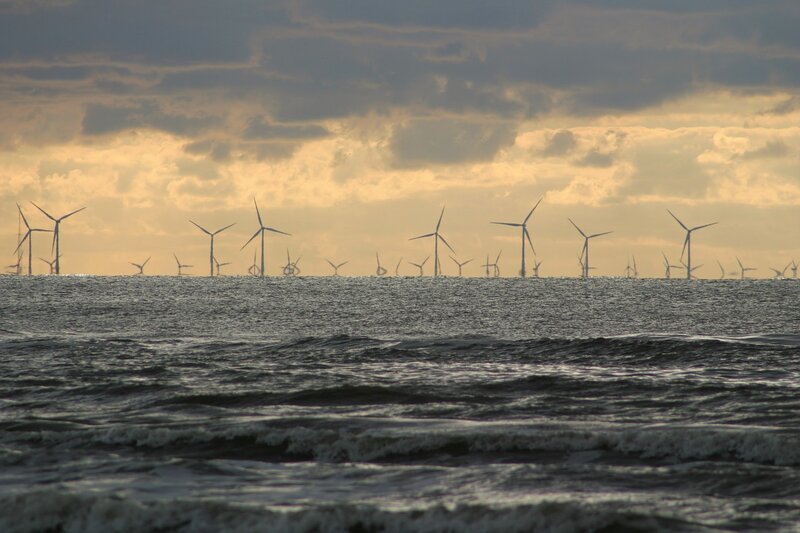 Renewable energy sources are taking on a starring role in the world’s energy outlook for 2030 and beyond. Renewables of all types are expected to expand tremendously in the near future, and while solar energy is projected to lead in terms of growth, wind power is also making significant strides, benefiting from new technologies as well as increased political support and legislation in many countries. Offshore wind is arguably the most exciting development in the wind energy sector, having enjoyed a global popularity rise that exposes which countries are best positioned to dominate this emerging market, and which ones lag behind. Why is offshore wind so appealing, and how important of a role will it play in achieving a zero-carbon energy future?

In May 2021, the Biden administration approved a plan to build the US’s first commercial-scale offshore wind farm in the waters off Massachusetts’ coastline. Later that month, an agreement was made to begin constructing a similar project in the Pacific Ocean lining the coast of California. And in October, the White House announced a long-term plan to construct wind farms along nearly the entire coastline of the United States.

The Biden administration’s plans to rapidly expand the country’s wind power capacity are as ambitious as they are necessary to stay globally competitive. Biden has made it a goal to swiftly catch up with the EU, the UK and China in the offshore wind sector, all of which have already dedicated large sums of money to take advantage of new technologies and develop their wind energy capacity.

Plans for expanding wind farms in the US languished during the Trump administration, and public opinion in the country towards wind energy has historically been mixed. But new technologies and a better understanding of wind power’s potential to provide for energy needs have prompted a renewed interest across the globe, and offshore wind has proven absolutely decisive in this shift.

Offshore wind refers to wind farms constructed in bodies of water, normally the open ocean. Offshore wind turbines are often constructed with fixed foundations connecting them to the seabed, although in deeper waters floating turbines can also be anchored to the ocean floor.

Offshore wind speeds tend to be faster and more consistent than on land, meaning that offshore wind power can generate more electricity with fewer turbines installed, and can free up land for other purposes without impacting human or terrestrial wildlife activity. By placing wind turbines further away from land in areas with high wind speeds, but also keeping farms close enough to populated coastal so that there is no need for long transmission cables, wind’s potential to generate energy is effectively optimised.

Offshore wind also manages to dodge one of the main criticisms of wind turbines: their ugliness. Offshore wind farms are generally invisible to passerby at distances greater than 26 miles (42 km) from shore, depending on weather conditions. In 2019, European offshore wind farms were built an average of 59 km away from the coastline, a distance that is growing by the year. 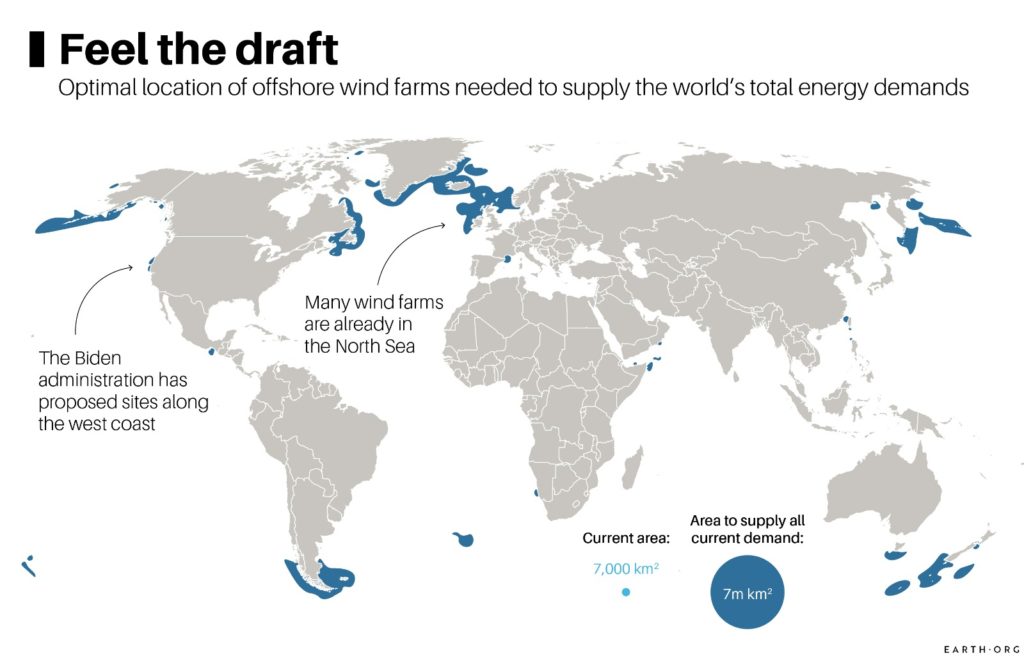 Governments with windswept coastal areas worldwide have begun to realise the massive potential of offshore wind, if the right conditions can be met. This has kicked off a scramble for resources and funding to secure approvals for larger and larger projects, but the disparity between different countries has never been more evident. In June 2021, Europe boasted an array of over 5 400 offshore wind turbines to supply its energy needs. The US, meanwhile, has seven.

But this measly number is not discouraging to Biden, who wants to bring 30 000 megawatts of offshore wind power online across the country by the start of the 2030s, up from around 42 megawatts today, and enough to power at least 11 million homes. The UK, which has been developing its offshore wind sector for several years now, is even more ambitious, aiming to generate 40 gigawatts of power by 2030, and 300 gigawatts by mid-century. UK Prime Minister Boris Johnson has gone so far as to claim that offshore wind will power every home in the country by the end of the decade.

Why has wind power suddenly become so popular, and why are governments scrambling to expand their offshore wind sectors? And while investments in new and promising renewables are always welcome, are these lofty targets really feasible?

In 2019, the International Energy Agency (IEA) released a report detailing the global outlook for offshore wind power in the near future. The report claimed that offshore wind energy, given current technology and market growth, had the potential to generate 425 000 terawatts per hour of electricity in a year worldwide. This would be more than 18 times the global electricity demand of today. 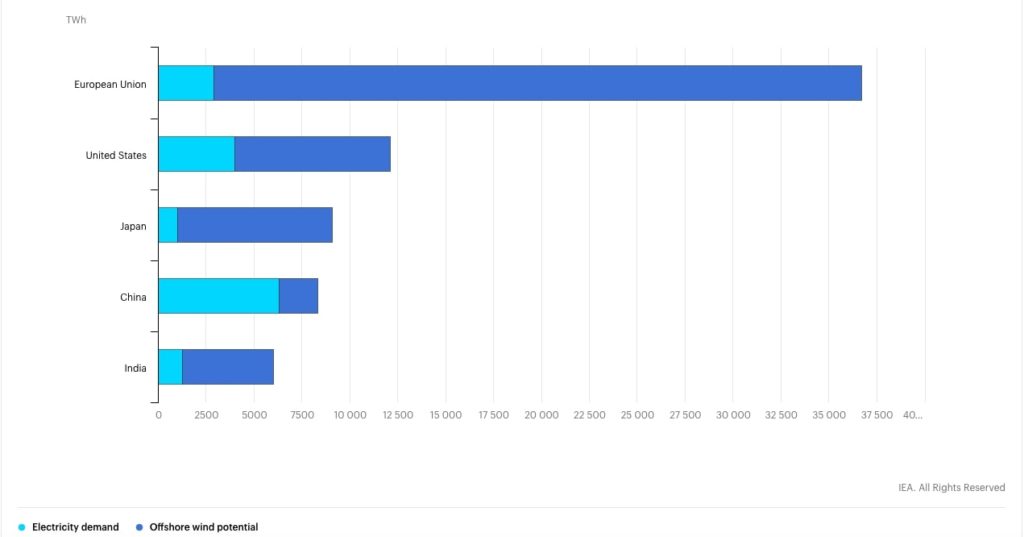 The above graph shows how offshore wind’s potential energy output greatly outweighs the current electricity demand of all the world’s major carbon emitters. The report also outlined how the costs of offshore wind would fall by a considerable 40% over the next decade, with IEA executive director Fatih Birol saying “It [offshore wind] has the potential to be a major game-changer.”

At the time of the report’s release, offshore wind accounted for only 0.3% of the world’s total power generation, but this is a market still in its relative infancy. As technologies improve and investor interest grows, the offshore wind market is expected to be worth over USD$1 trillion in the coming decades, and growth won’t be slowing down anytime soon. The offshore wind sector grew tremendously in 2020, despite the economic shocks of the COVID-19 pandemic, and investments have continued to flow in throughout 2021.

Despite its massive promise, offshore wind has its drawbacks, including potentially harmful effects on marine flora and fauna. But the largest obstacle to widespread offshore wind installation may well be the scale required. Between the price of building energy transmission cables out at sea and higher maintenance costs, offshore wind can be as much as 20% more expensive than its onshore cousin. To achieve Mr. Johnson’s goals of powering every UK home with electricity generated from offshore wind by 2030, for instance, the country would need to invest around £50 billion and install the equivalent of one turbine every weekday for the next decade.

While these obstacles are significant, the UK is employing a number of mechanisms to achieve the government’s goals, including developing the foundations for public-private partnerships better equipped to push through funding. Given the high and sustained investor interest in recent years, most financiers are unconcerned about the ambition of governments’ plans for offshore wind expansion, encouraged by wind power’s rapidly declining costs, which already fell by around 9% in 2019. Keith Anderson, the chief executive of Scottish Power, one of the largest investors in the UK’s renewable energy industry, recently told The Guardian: “I am absolutely confident that the industry can achieve this.”

While different countries have set targets of varying ambition, the global leader in offshore wind production is undoubtedly Europe, which currently generates 25 gigawatts of electricity from offshore projects. The continent has been accommodating offshore wind since 1991, and energy companies have spent decades optimising their manufacturing and infrastructure capabilities, which have led to much lower costs today. European countries’ early arrival to the offshore wind game has also allowed their energy companies to claim a monopoly of sorts on the global market. In the US, for instance, Danish company Ørsted directed the construction of the country’s first offshore wind farm in 2016, and is currently actively involved in the development of five future projects off American coastlines.

Within Europe, the country that has invested the most in offshore wind is also the one that stands to benefit from it most: the UK. Boris Johnson’s optimism in offshore wind is rooted in a convenient geography, strong wind patterns in the North Sea and a robust pre-existing infrastructural network that allows easy expansion of the offshore wind market. In 2023, the UK is expected to begin operating the Dogger Bank Wind Farm, the largest offshore wind farm in the world. A single sweep of one of the Dogger Bank turbine rotors will provide enough electricity to power a home for two days.

But some of the biggest investments over the past several years have come from China, which in 2019 was generating nearly seven gigawatts of electricity from offshore wind, and is planning to generate 50 gigawatts by 2030. China has led the world in new annual offshore wind installations for the past three years, and accounted for half of all global installations in 2020.

Given the strength of Europe and the UK, and the rapid technological rise of China, it is unsurprising that the Biden administration has placed so much emphasis on developing offshore wind this early in its term. The benefits for the US could be massive: a March 2021 report found that offshore wind has the potential to provide for up to 90% of the US’s entire electricity demand in 2050. In most East Coast states, where wind speeds are high, offshore wind could currently generate up to 200% of local electricity demand. 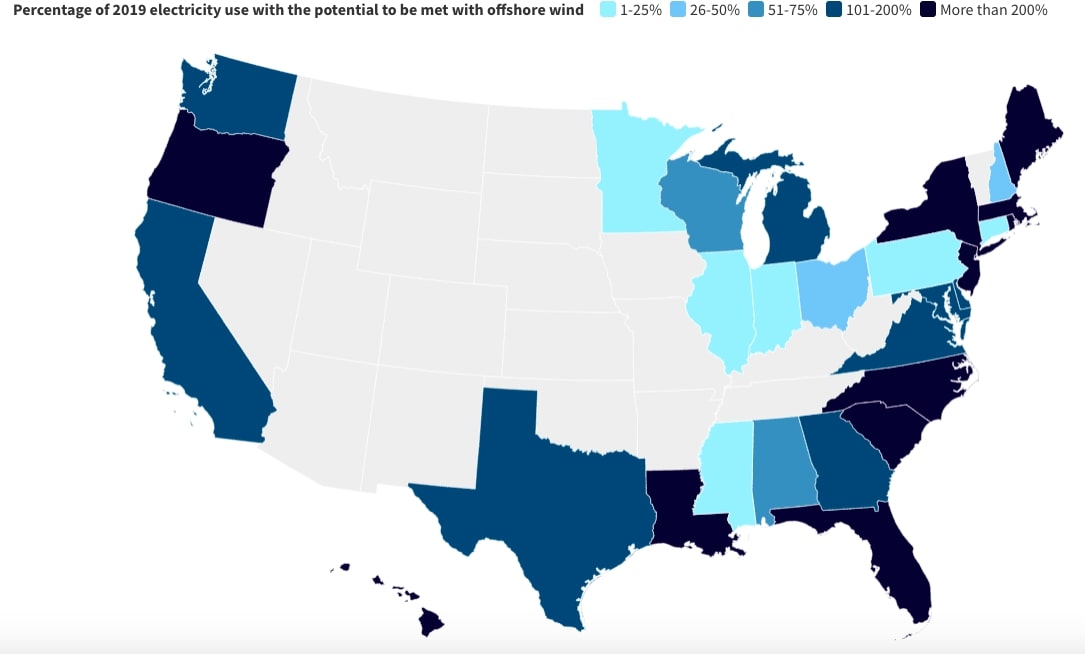 Figure 3: Percentage of 2019 electricity use with the potential to be met with offshore wind; Environment America Research & Policy Centre; 2021.

The feasibility of Biden’s new target to halve US emissions by 2030 relies in part on whether the government can implement offshore wind at the necessary scale. Some significant challenges remain, including the high early costs, a lack of suitable ships large enough to ferry turbine components out to open waters, obstructive legislation and complaints from wealthy coastal homeowners, who may be irked by less than pristine ocean views. But offshore wind could play a crucial role in the US’s renewable energy fortunes, especially in Northeastern states that possess more highly dense populations, less open land and are not ideally suited to year-round solar energy.

While the US grapples with getting its offshore wind projects off the ground, the UK, EU and China are charging ahead with their plans. Offshore wind is an emerging sector that is receiving sustainably high levels of investment and priority interest from legislators, and governments and energy companies would be wise to get behind this exciting new industry now.