The Ongoing Issue of Pesticide Safety 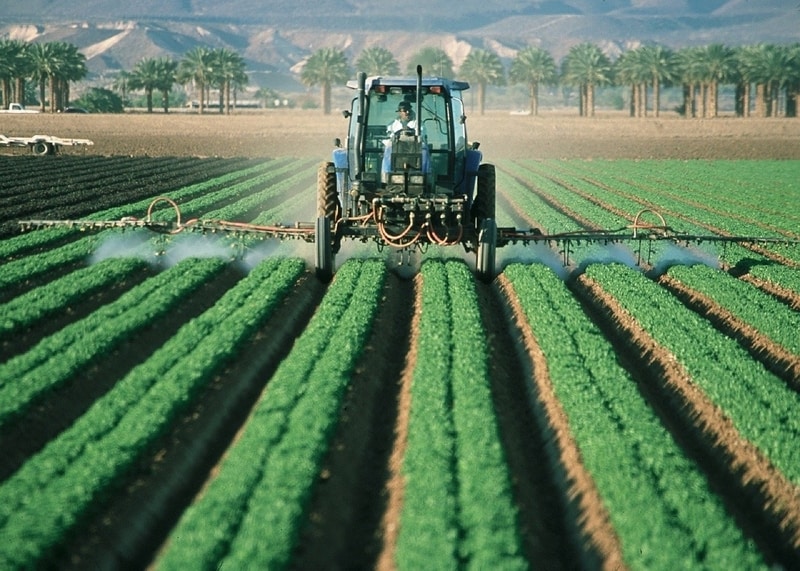 The use of agricultural pesticides is widespread. Countries all around the world utilise hundreds of different chemicals in their pest management plans and while pesticide use is sometimes necessary, especially in the case of large insect outbreaks like locusts, the effects on human health and safety have long been debated. Research is increasingly showing that many pesticides cause a wide array of health issues, including cancer and birth defects.

Regulation plays a key role in the issue of pesticide safety. The four largest agricultural producers are the United States, the European Union, Brazil and China. Each of these countries holds different standards of pesticide safety protocol and adheres to various regulations.

The US has some of the most lax restrictions in terms of pesticide safety regulations; in fact, several of the pesticides used in the US are banned in the EU. In Brazil, pesticide regulation is primarily managed by the federal government, making it difficult to affect change in response to safety concerns. The current administration in Brazil, under President Bolsonaro, has approved thousands of pesticides that are currently banned in other countries.

While there may certainly be a positive correlation between higher pesticide usage and agricultural exports, strict pesticide regulations do not equate to lower food exports. The EU, for example, which exports more agricultural products than China, Brazil and the US combined, has the most stringent pesticide laws.

Researchers are just beginning to study the long-term effects of pesticide use. The climate crisis plays a significant role in the increased risk of pest pressure, especially in areas experiencing substantial temperature changes and shifts in weather patterns. Studies show that climate change is exacerbating pest occurrence in some regions, such as ticks in the northeast US due to milder winters and mosquito-borne disease in the southern hemisphere. The current crisis of desert locust swarms throughout parts of Africa and the Middle East are also theorised to be due in part to recent record levels of rainfall.

More pests is only one symptom of a changing climate that’s making many crops around the world vulnerable to disease. Increased pest pressure may cause crop failure, but pesticides are not necessarily the solution. For example, spraying pesticides to kill “bad” pests may be a short-term solution, but it also reduces the ecosystem’s capacity to be resilient to future threats of disease, by harming soil organisms, impacting on water quality and eradicating beneficial insects.

Pesticide Use and the Climate Crisis

Pesticide use in agriculture has increased dramatically in the last few decades. Pesticides were invented in the 1930s and were used widely after World War II. Many synthetic chemicals, such as DDT (Dichlorodiphenyltrichloroethane), were invented as weapons to mitigate insect-borne diseases during times of war, such as malaria. The discovery of the ill-effects of these chemicals on insects instigated deeper investigations into how insecticides could be applied in agriculture. DDT was first used in agricultural applications in 1945.

The role of agricultural pesticides in exacerbating the climate crisis is controversial. Many growing practices that require the regular use of pesticides are likely to be ecologically detrimental since they require removing valuable nutrients from the soil for crops to thrive.  Synthetic chemicals remain in the environment, which can negatively impact the environment even after their use is banned. Some pesticides have shorter lifespans, but there is still ongoing research into how they impact the mycorrhizae within the soil, which keep soil healthy.

The climate crisis has a two-fold effect on how farmers respond to pesticides. On one hand, increased severe weather and pest pressure push farmers to “control” conditions more stringently. On the other hand, many farmers are realising that pesticides have a negative effect on the resiliency of an ecosystem to respond to unprecedented conditions. For example, pesticide use may increase yield for a few years despite high temperatures or drought, but they also may cause irreparable damage to soil nutrients, beneficial insects, and irrigation sources.

That said, the growing issue of climate change may lead to positive adjustments within the agricultural realm. For example, many farmers around the world are learning the impact of pesticides on their health, community and the environment. As more options become available, they seek out sustainable alternatives to synthetic chemicals.

With the COVID-19 pandemic, agricultural communities worldwide are feeling the vulnerability of food insecurity, lack of access to necessary supplies and changes in the global economy. Trade regulations and travel restrictions are impacting the import and export of pesticides. Timeline delays mean that farmers are not able to access chemicals when they need them. A lack of labour is also making it more difficult to spray at the correct time, forcing farmers to look for alternative methods.

Significant delays in the global pesticide market are inspiring many farmers to consider natural alternatives to control pests, such as beneficial insects. Additionally, with the global economy temporarily slowed down, many farmers are looking for localised crop technology to incorporate into their integrated pest management plans. Many farmers are familiarising themselves with more regional solutions that take into account local climate, soil type and other considerations that can increase yields. For example, more farmers are using cover crops and intercropping to cut down on weeds, reduce pest pressure and save water.

Safety concerns regarding pesticide use extend far beyond spraying crop fields. Many seeds are now genetically modified to withstand potent chemicals, neutralizing  pesticide efficacy. RoundUp Ready corn, engineered by Monsanto, is specifically designed to be resistant to chemical sprays. Crops like soy, corn and rapeseed are the most common genetically modified crops on the market, and there is growing controversy over their safety.

The effects of genetically modified seeds on human health are still widely unknown, but the lack of regulation on their distribution raises concerns from environmentalists worldwide. In Chile, agricultural communities and environmentalists have come together to protect the expansion of a new seed production factory owned by Bayer-Monsanto. Monsanto has seen its fair share of criticism. Bayer, one of the largest pharmaceutical companies in the world, purchased Monsanto, one of the largest agricultural companies in the world, in a $66 billion merger that was finalized in 2018.

Monsanto has a long history of accusations against their purported “safe” pesticides and production of genetically modified seeds. The corporation is integral to global agriculture today, as the largest producer of pesticides and the inventor of genetically modified seeds. Thousands of lawsuits have been filed against them, claiming that glyphosate, the key ingredient in Monsanto’s best-selling pesticide, RoundUp, causes cancer. The latest lawsuit was settled in 2020, with Bayer-Monsanto settling to pay over $10 billion, only two years after the corporation paid $289 million to a school groundskeeper who got cancer after regularly spraying RoundUp on school grounds.

In addition to pesticide health concerns, there is also growing concern over the widespread use of genetically modified crops in Brazil, as there is little to no regulation of their standards in comparison to many other countries. Many small farmers who save their own seeds say that genetically modified crops are cross-pollinating and tainting their seed genetics. Because of the lack of protection for non-GM crops, many farmers fear that modified genes in corn and soy, specifically, can breed with heirloom varieties, ruining their own genetics. Monsanto controls the majority of the GMO market, and has set restrictive measures for farmers who have voiced concern over seed breeding.

Chile is the largest exporter of seeds in the southern hemisphere, and the distribution of genetically modified seeds threatens the sovereignty of regional farmers who have cultivated specific genetics for decades. The use of pesticides contributes to the contamination of local seeds, whose genetics are not protected.

Safety Use of Pesticides in Agriculture

Pesticide safety continues to be an issue around the world, especially as more companies incorporate genetically modified crops into their growing plans. The four largest agricultural exporters, China, the EU, Brazil and the United States, are responsible for the vast majority of agricultural pesticides.

With this responsibility comes an opportunity to improve regulations. When it comes to the United States, regulations are lax because of the high level of dependence of American farmers on genetically modified seeds and pesticides. The US agricultural exports are mostly non-human consumptive products, such as soy fodder for livestock or corn for ethanol production.

In the face of the climate crisis, finding sustainable alternatives to heavy pesticide use is vital. Research confirms that pesticides are dangerous for the environment and human health, but few safety regulations are in place mostly due to a lack of consumer awareness and lack of commitment from governments to change the status quo. The levels of pesticides in food are significant, but no labeling is necessary when consuming food items that are genetically modified or heavily sprayed with chemicals, depending on your country’s allowable pesticide residue regulations.

As concerns over carcinogenic chemicals and unregulated seed engineering grow among consumers, increasing awareness of potential health issues and consumer demand for stricter regulations is the only way to potentially change the future of pesticides in farming.