Weak Punishments for Pangolin Smuggling in China Are ‘No Deterrent’ 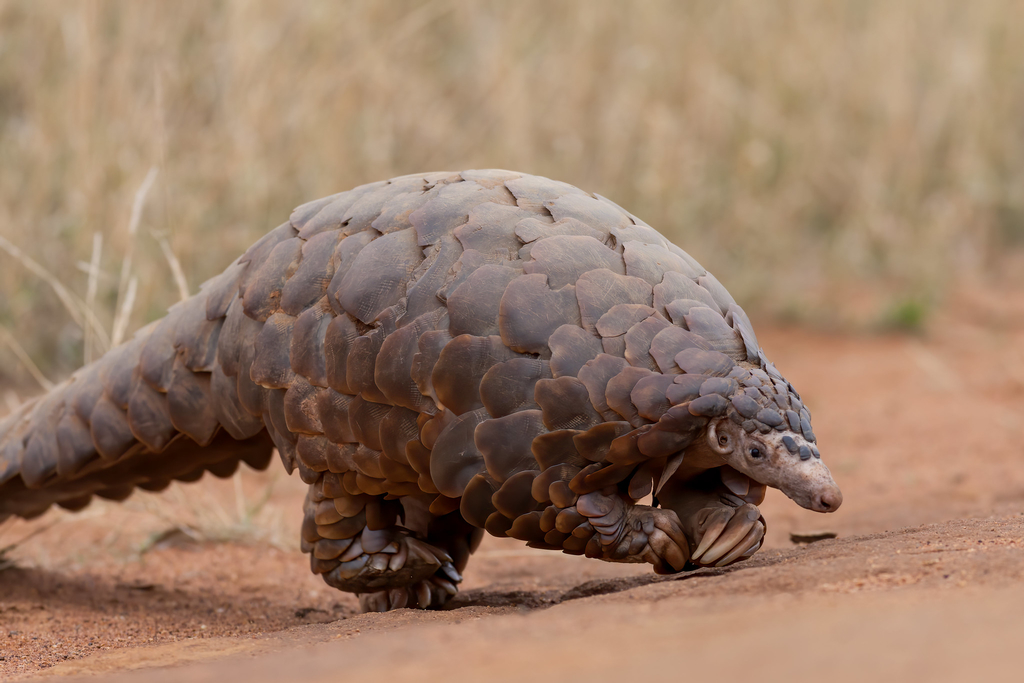 Earlier this month, a Hong Kong court handed down the city’s harshest penalty yet for smuggling pangolin scales, sentencing two men from China to 21 months and 27 months in jail for trafficking 100 kg of the scales, worth about USD$ 51 000. However, environmental activists argue that these punishments are too weak and are not deterrents for smuggling syndicates in mainland China.

Customs officials intercepted the two men at Hong Kong airport last year who were arrested for violating the Protection of Endangered Species of Animals and Plants Ordinance after failing to produce the necessary permit. The men were planning to take suitcases with the scales over the border to mainland China.

In sentencing, the judge used 36 months as the starting point, taking into account the guilty pleas and personal mitigation factors. The maximum penalty for illegally importing pangolins, which in November 2018 were moved into the highest Appendix I category of Hong Kong’s endangered animal and plant law, is a HKD$10 million (USD$1.2 million) fine and 10 years of jail.

An Overview of Pangolin Trade in China

The international trade of pangolin scales was banned in 2017, but smuggling has persisted, mostly into mainland China, with Hong Kong being one of the main routes. Between 2014 and 2019, city authorities seized over 62 tonnes of scales valued at more than HKD$100 million (USD$12.9 million).

Environmental activists believe that the sentences handed down for smuggling pangolin scales in China from late 2019 to April 2020 are ‘non-threatening’ and will not provide a deterrent to the illegal trade.

Data collated by #WildEye Asia, a resource that tracks and shares information on legal interventions against wildlife trafficking across Asia, shows that of the 34 criminals convicted of pangolin-related crimes since late 2019, close to 50% were given suspended sentences of less than a year. They did not serve a prison term, but all received fines.

In one case, a 69-year-old man from the Guangxi region, killed a Malayan pangolin smuggled from Vietnam and used its meat and blood for ‘medicine’. Under criminal law, he could have been jailed for up to three years and fined. However, because he confessed to the crime, he was given a sentence of five months suspended for a six-month probation period, and a fine of US$425. The man had to pay the fine, but he was released and would only serve his prison sentence if caught committing a similar crime during the probation period.

Another case involved a 20-year-old who was arrested in December 2019 for smuggling almost 20kg of pangolin scales from Guinea to Shanghai in China. The man said that he was helping a friend by transporting the scales to China, and so the court ruled he was an accomplice. Considering his confession and that he was a young father, the court sentenced him to three years’ imprisonment suspended for four years, and a fine of over US$8 000.

Verdicts in 25 other pangolin-related criminal cases from late 2019, when COVID-19 became a global pandemic, to April 2020 were published in a government database of court rulings. Most cases occurred in Yunnan and Guangxi, two southwestern provinces that share borders with Vietnam, Laos and Myanmar. All cases involved individuals involved in first-hand selling or buying, rather than the smuggling supply chains. Of the 34 defendants, 15 were given suspended sentences of less than a year, seven received suspended sentences of more than a year, and the remaining 12 went to jail for periods ranging from eight months to 10 years.

Stiff sentences were given in two cases: in early April, a Shanghai court sentenced an individual who smuggled 110kgs of pangolin scales from Guinea to Shanghai to seven years in jail and a fine of over USD$14 000. The Supreme People’s Court also announced that on March 10, an individual who illegally bought 80 dead pangolins in Guangzhou was jailed for eight years and fined over USD$7 000.

The trafficking of pangolins, the most trafficked animal in the world, and human consumption has been linked to the outbreak of COVID-19. Studies posit that pangolins are the probable intermediary host of the coronavirus that jumped to humans. It is estimated that 195 000 pangolins were trafficked in 2019 alone.

Liang Zhiping, a Chinese legal expert familiar with the laws in place for the trade, says that protecting wildlife in the country is ‘very difficult’.

“The penalty is heavy as written in law, but the incompetence of law enforcement, the lack of substantial evidence, the lenient punishments- including sentencing with probation- is letting a majority of criminals go.”

Sophia Zhang of the China Biodiversity Conservation and Green Development Foundation, says, “The sentences are just too lenient and non-threatening to stop this illegal trade. In recent years, our organisation has observed a trend of light punishment related to pangolin crimes due to the loopholes in existing laws.”

She says that one of these loopholes is the ambiguous definition of ‘manufactured products’. In a pangolin-related crime in 2016, two individuals were convicted of illegally purchasing, transporting and selling 37 dead pangolins. In the first trial, a court in Hunan province sentenced them to 11 years and 10.5 years respectively. However, on appeal, the 37 descaled pangolins were categorised as ‘manufactured products’ and the sentences were reduced to 6.5 years and 5 years respectively.

In late February, the Standing Committee of the 13th National People’s Congress (NPC) announced its fast-tracked decision to comprehensively prohibit illegal trade, eliminate wild animal consumption and protect people’s health and safety, as part of efforts to curb the coronavirus outbreak. Provinces and cities, including Shenzhen, have since drafted new legislation to prohibit the consumption of wild animals.

According to China Daily, the law, due to come into force on May 1, includes the hunting, trading, transport and consumption of wildlife, which included wildlife protected by the law and other non-aquatic animals of ecological, scientific and social value.

Since mid-February, Chinese authorities have undertaken operations to crack down on wildlife trade. More than 50 raids have been announced, including two large-scale crackdowns on pangolin trade. In early March, police raided a suspected syndicate at Guangxi and Anhui. They seized 820 kgs of pangolin scales and arrested nine suspects. In April, 441kgs of scales were confiscated and 12 suspects arrested from another smuggling syndicate at Chongqing, Guangxi, Anhui and Sichuan.

While a valuable effort in the fight against the illegal wildlife trade and consumption, the legislation has loopholes that smugglers and consumers will extort; the legislation exempts trade in wildlife for medicinal purposes, fur or scientific research. Aquatic wildlife is not included in the ban either, while the status of reptiles and amphibians are not given sufficient clarification.

Zhiping says that exemptions for ‘medicinal purposes’ and ‘breeding wildlife’ should be endorsed by a system of ‘strict examination and approval procedures’, but past experiences show that these exemptions create loopholes for traffickers to sell wildlife.

Global wildlife trade regulator CITES introduced an international ban on the trade and smuggling of pangolins in January 2017, but more than 200 pharmaceutical companies in China still use pangolin products for 60 commercial traditional Chinese medicines that claim to offer remedies including improved blood circulation and swelling, despite the lack of evidence of the scales’ effectiveness in treating ailments.

Zheping says that ‘powerful vested interests’ are pushing for the law to distinguish between ‘non-edible’ and ‘edible’ animals. These individuals want the wild animal breeding industry to fall under the ‘edible’ category and to be excluded from the ban so their businesses will be unaffected.

A government-sponsored report released by The Chinese Academy of Engineering in 2017 revealed that the wildlife sector is valued at RMB 520 billion (US $74 billion), employing at least 14 million people.

Zheping says that this could undermine the ability of the law to protect species from inhumane practices and prevent public health crises.

While Amanda Whitfort, an associate law professor at the University of Hong Kong, says the sentencing starting point of the Hong Kong case was appropriate, she emphasises the need for authorities to get to the root of the problem.

She adds, “It is important for law enforcement to go beyond just prosecuting the mules and investigate the people who arranged the smuggling and paid the mules to carry the scales. Authorities should prosecute high-value wildlife smuggling cases the same way they did organised crime for greater deterrence.”