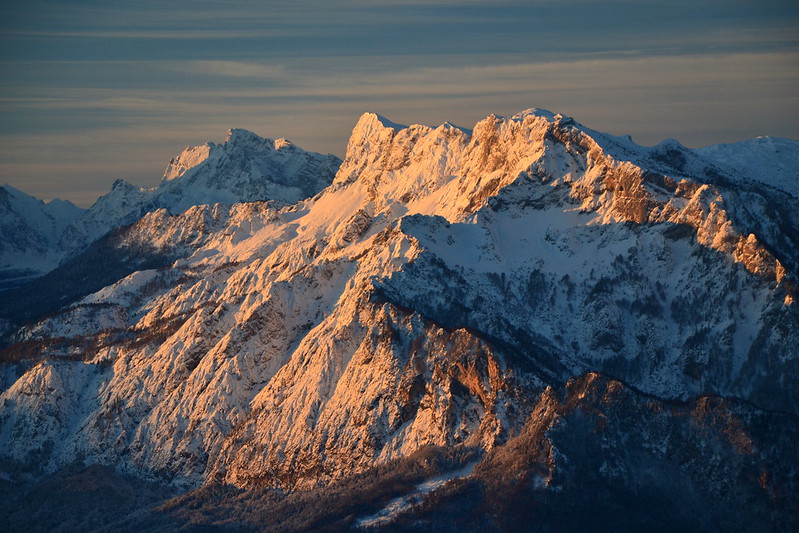 No one is sure where this algae comes from, however scientists say that the pink snow observed on parts of the Presena glacier in the Alps is likely caused by the same plant found in Greenland, the blooms of which are accelerating melting rates of the ice sheet, in the “Dark Zone.”

Biago Di Mauro of Italy’s National Research Council says, “The algae is not dangerous, it is a natural phenomenon that occurs during the spring and summer periods in the middle latitudes but also at the Poles. Di Mauro previously studied the algae at the Morteratsch glacier in Switzerland, where he examined the purple ice resulting from the overgrowth of the Ancylonema nordenskioeldii algae species.

Di Mauro noted that the combination of low snowfall volumes and high atmospheric temperatures has generated an ideal environment for algae to flourish.

Why is pink snow bad?

Normally ice reflects more than 80% of the sun’s radiation back into the atmosphere, but as the algae appear, they darken the ice, causing it to absorb more heat and melt quicker. More algae appear as the ice melts because they are provided with vital water and air.

Interestingly, Di Mauro notes that the presence of tourists on the mountains could also have an impact on the algae.

Snow has a higher albedo value than sea ice as the former requires colder temperatures in order to maintain the structural integrity of glaciers and to delay the ice from melting quickly during the warmer months.

The algae overgrowth causing the pink hue of the Presena glacier can therefore be attributed to the decrease in albedo value, or, to the increase in solar energy absorption and, simultaneously, the decrease in light reflection.

A study conducted in 2019 by the Cryospheric Commission of the Swiss Academy of Sciences found that the glaciers in Switzerland have shrunk 10% in the past five years- an unprecedented rate recorded from over a century of observations.

In accordance with this finding, the giant Denman Glacier in Antarctica has been shown to have retreated almost three miles in the past 22 years, and, if it thaws completely, would cause sea levels to rise by approximately 5 feet. The researchers at the University of California, Irvine, and NASA’s Jet Propulsion Laboratory raise great concern about this occurrence, and stress the importance of taking action to overcome this problem.

This article was written in collaboration with Judy Shin.