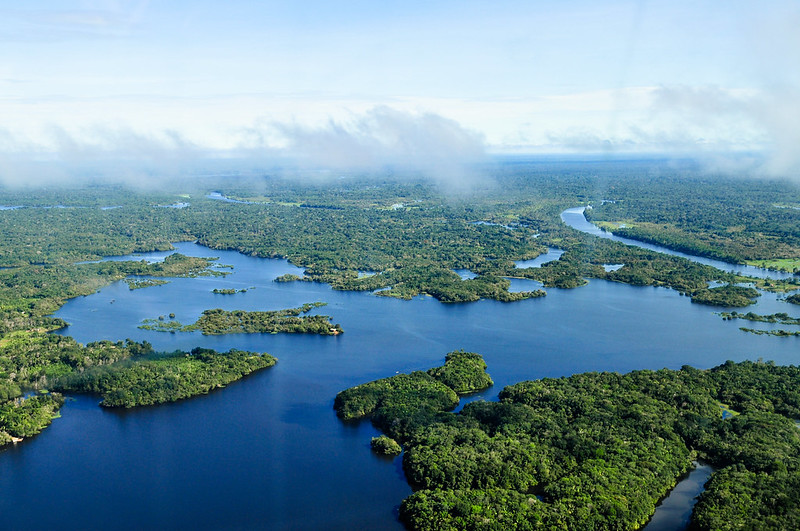 Biodiversity is an integral part of humanity’s livelihood, providing services on which it relies such as water, pollination, soil fertility, food and medicine. It is this importance and urgency with which humanity needs to act to protect biodiversity that may lead to rich countries having to pay for its protection.

Biodiversity is being affected by global warming and the degradation of it will mean a reduction in the services humanity relies on. An example of a vital ecosystem that is on the verge of being lost is Kenya’s Lake Turkana which is not only a habitat for a variety of wildlife, but it also provides 300 000 people with food and income. The world’s biggest desert lake is currently being affected by a combination of human activities such as overfishing and climate change processes such as cyclical drought, altering rainfall patterns and causing loss of biodiversity. Globally, 1 million animal and plant species are on the verge of extinction. Coral reefs have almost halved in the last 150 years and 13 million hectares of forest is deforested annually. The accelerating loss of biodiversity results in negative consequences for humans such as the growing food and water insecurity crisis. Professor David Macdonald at Oxford University claims that “without biodiversity, there is no future for humanity.”

The acting executive secretary of the UN Convention on Biological Diversity, Elizabeth Maruma Mrema, says that “humanity will give up on planet Earth if world leaders cannot reach an agreement this year to stop the mass extinction of wildlife and destruction of life-supporting ecosystems.” Scientists warn that the Earth’s sixth mass extinction is already escalating, and say that over 500 species of animals are at risk of becoming extinct in the next 20 years. The scientists add that this rate of loss would have taken thousands of years without the human destruction of nature.

The last extinction event took place 66 million years ago in which 76% of species, including the dinosaurs, were wiped out by an asteroid.

In February 2020, negotiations took place at the Food and Agriculture Organization (FAO) headquarters in Rome over the growing issue of biodiversity and ecosystem loss. A 20-point agreement was discussed that consisted of suggestions to protect a third of the oceans and land while also reducing the amount of plastic pollution. As a result, rich countries such as the USA and China could be asked to provide billions to biodiverse countries like Brazil to halt and reverse biodiversity decline.

Often, a wealthy country is more likely to pay for the protection of nature as less prosperous nations are more likely to exploit and destroy their environment and biodiversity to grow economically. There is an agreement between the US and Brazil to protect the Amazon with a $100 million conservation fund, while Indonesia continues to engage in biodiversity loss and deforestation in order to build oil plantations. Wealthy nations could ensure the protection of these developing nations by providing money for the conservation of biodiversity. This is supported by existing small-scale schemes which include the protection of ecosystems under the authority of the UN Climate Convention where countries with substantial forests are funded in order to lower emissions which are caused by deforestation and degradation.

Brazil is the most biologically diverse country in the world, and wealthy countries may be asked to protect its natural environment. Brazil adopted biodiversity targets in 2013 which were in line with the Aichi Biodiversity Targets. To achieve these targets, the country has established ecological corridors, mosaics of protected areas, sustainable agriculture and sustainable forest management. At the negotiations, Brazil was adamant that it would need financial support for further ecosystem services.

This focus on monetary gain is in line with the attitude of the current administration towards the environment, where the Amazon rainforest has suffered through 10 000 blazes in August 2020 alone, further highlighting the need for more effective protection of its biodiversity. The Amazon has lost an average of 1.4 million hectares per year from 2001 to 2012, accumulating up to 17.7 million hectares of forest lost, primarily in Brazil, Peru and Bolivia. Despite the magnitude of this environmental loss, the president of Brazil, Jair Bolsonaro, has described deforestation and the flares of wildfires to be “cultural” while also promising to “develop” the forest for agriculture and mining, sparking outrage and scrutiny among local environmentalists. Brazil’s foreign minister has also claimed that the sole way to protect the forest is to put it under economic development.

While rich countries may object to being asked to pay to protect biodiversity in biodiverse countries, it is in the planet’s best interest to protect these areas and ensure the continuous provision of ecosystem services. Our future most certainly depends on it.