The Risks of Microplastics to Our Health and Marine Ecosystems 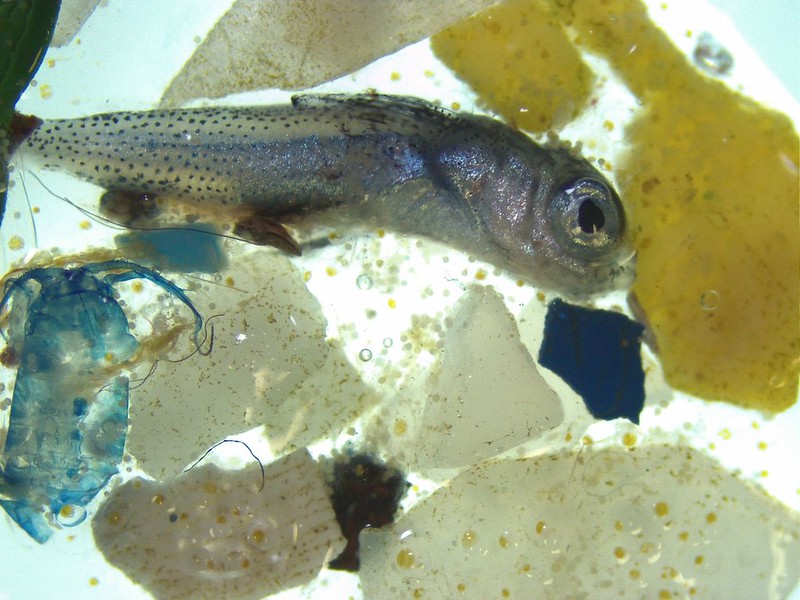 The impacts of human activity on our oceans have been so tremendous, it is difficult to capture the breadth of it all. From the pacific garbage patch and stormwater runoff to the acidification of the oceans due to temperature rise; we have left an astoundingly negative mark on the oceans. One of the most insidious of these is microplastics; plastic debris measuring from one micron to five millimetres in size. This debris makes up around 85% of plastic pollution in the oceans, and is small enough to pose a significant problem for marine ecosystems. As microplastics accumulate and move up the food chain, it inevitably ends up in the seafood that we consume, no matter where it’s sourced from, affecting our health.

The global fight to ban microplastics has taken tremendous leaps forward over the last decade. The scientific community, aided by environmental organisations, has succeeded in persuading governments to stop allowing microbeads in cosmetics and other products. Primary microplastics, or microplastics that were manufactured to be five millimetres or smaller have been the primary focus of the legislation which has been passed so far. While this is a great first step, it fails to address the larger problem posed by secondary microplastic pollution.

Secondary microplastics are formed when small fragments flake off of larger pieces of plastic debris. The obvious culprits are manufactured objects, single-use plastics, and used or damaged building materials. Many jurisdictions around the world are looking into eliminating plastic waste entirely by implementing bans on the use of single-use packaging and other single-use plastics, as Germany has decided to do from 2021. While this is admirable as well, legislation often overlooks one of the more insidious sources of microplastics: textiles. Synthetic textiles like polyester fragments come off when being washed and these micro fragments are flushed directly into the water system.

The issue with microplastics is well documented. Microplastics are so small they flow through most waste-water filtration systems and end up in freshwater and marine ecosystems. Because they are so small, plankton, krill and other small marine fauna mistake these pollutants for food. The toxins which are released from the microplasticsin these small creatures can impact everything from their behaviour to their health. One such study, published in Ecotoxicology and Environmental Safety in 2017 puts this into perspective. The researchers looked specifically at the effect of polystyrene microbeads on planktonic crustaceans and found that the neurochemistry of these animals was directly affected by the polystyrene fragments, which leads to altered behavioural patterns just 48 hours after exposure.

Other studies have demonstrated the wide-ranging impacts of these toxins in marine wildlife. Studies into the impacts of the many different plastic pollutants are in progress, and with a better understanding of the problem comes better leverage to push for better regulation. Samaneh Karbalaei and Parichehr Hanachi of Alzahra University’s Department of Biotechnology, along with Tony Walker from Dalhousie University and Matthew Cole of the Plymouth Marine Laboratory, published an overview of the link between microplastics and human health concerns in 2018. In it they explore the process through which microplastics move through terrestrial and marine ecosystems, ending up on our plates as they bioaccumulate up the food chain and potentially impacting on our health. These findings, along with the growing body of similar studies has prompted some governments to take further action on plastic pollution.

Canada, for example, has banned primary microplastics in commercial products, and was on track to ban single-use plastics by 2021. Unfortunately, the implementation of this was delayed due to the economic impacts of the COVID-19 pandemic, but it is hoped that the government will push it through once the pandemic abates.

Other jurisdictions are also pursuing legislation. Each ban has a different focus and scope, and so it’s hard to say what the impacts of these first steps will be. What is clear is that the work of the scientific community and the activism of environmentalists around the world have grabbed the attention of governments. The United Nations Environment Programme published a report on the limitations of single-use plastics in 2018. In it, they found that of the 127 countries that have begun a discussion on the topic, only eight have followed through with implementing legislation. While others have passed similar laws since the publication of this report, the process is painstaking and slow.

Compounding the matter, some of the jurisdictions where plastic bans are already in place have had a change in government and environmental protections have taken a back seat. For example, in the US, a ban on microbeads had been decided under Barack Obama’s administration, however the current Trump administration has since repealed a staggering number of environmental protections. In the time of the climate crisis, one step forward and two steps back is disastrous for the environment.

While there are plenty of solutions being explored by the scientific community, none are yet ready to be implemented on the scale necessary to eliminate plastic pollutants in our oceans. What is needed is a sustained global movement to hold governments accountable for addressing the climate crisis. The international community has been highly effective in pushing for change only because global environmental organisations and the scientific community have kept the pressure on governments. This is vital work, as governments have a duty to protect their people’s health amid the microplastics crisis.

Casper Ohm is the Founder of Water-pollution.org.uk.