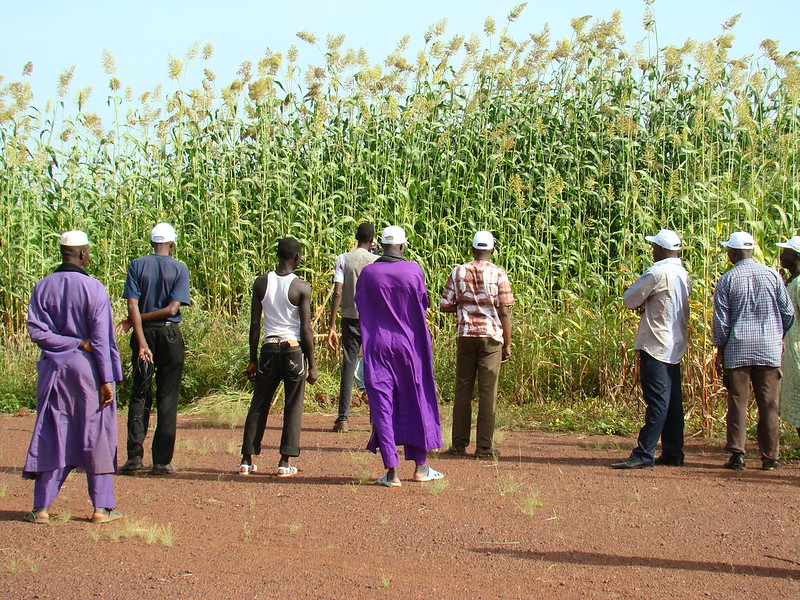 A top UN humanitarian official has warned that Africa’s Sahel Region is at the centre of the accelerating climate crisis and a “canary in the coalmine of our warming planet.” He also criticised what he called a “totally inadequate” effort to help Sahel countries adapt to global warming.

Mark Lowcock, the UN’S undersecretary general for humanitarian affairs, pointed to the “alarming deterioration” of the Sahel region in recent years that has led to tens of millions of people being displaced, rising extremist violence, massive violations of human rights and growing political instability, particularly in Burkina Faso, Mali and Niger.

These countries have seen a total of 13.4 million people needing humanitarian assistance, being forced to leave their homes due to unprecedented flooding across west and central Africa. This extreme weather has also decimated agropastoral production in the region, which 4 of 5 families in the region rely on for their livelihoods. Large-scale displacement is straining weak services and scarce natural resources, such as land and water, further exacerbating tension and social conflicts.

Though extreme weather events occur all over the world, communities in the Sahel are much less resilient to changes resulting from the climate crisis. Lowcock told the Guardian that rapid population growth and traditional lifestyles reinforce the problem. He says, “It is very striking how bad the climate problem is. There is a totally inadequate level of international effort in helping these countries adapt to climate change.”

“There is no disagreement about the underlying problems,” he continues. “But there has not been adequate action taken. Whenever world leaders gather, the Sahel tends to be eighth, ninth or tenth on the list of things to talk about, so it never gets the attention it deserves.”

Some projections say that the average daytime temperature in the Sahel is expected to rise by right degrees Celsius by 2100.

On October 20, the UN, together with Denmark, Germany and the EU, hosted a ministerial conference on the humanitarian situation in the central Sahel region. The co-chairs affirmed the need to address the root drivers of humanitarian needs in the region, including conflict and violence, the climate crisis, weak governance and chronic poverty and underdevelopment. They also called for training on international humanitarian law and on humanitarian access to be increased.

The EU’s special envoy to the Sahel, Ángel Losada Fernández, recently described a “perfect storm” of crises in the region, which experts say exacerbate Islamist militancy.

In 2012, extremist violence in the Sahel region surged after a coalition of Islamist and local separatist tribesman took control of much of northern Mali. Efforts by French troops and UN peacekeeping operations have been unable to effectively mediate the conflict and security has continued to deteriorate, thanks in part to an ISIS affiliate, Islamic State in the Greater Sahara (ISGS).

The region has recently been rocked by renewed political strife, with the second coup in a decade unseating the elected government of Mali.

Further, environmental projects on the African continent have failed to make a significant impact. The Great Green Wall of Africa was conceived in 2007 by the African Union as a 7 000km barrier intended to hold back the Sahara and Sahel deserts. The “wall” was intended to improve livelihoods in the regions impacted by droughts in the Sahel region, sequester carbon dioxide and reduce conflict, terrorism and migration. However, the project has covered only 4% of its target area halfway through its schedule.

Africa will remain turbulent because it is poor and young, but also because it is growing. Development will be disruptive but also present huge opportunities. To overcome political violence and begin to tackle the climate crisis, the continent needs rapid, inclusive economic growth along with good governance. Middle income countries are making progress in attracting foreign investment but poor countries will remain dependent on aid. More international and regional cooperation is needed as part of this process, including scaled up support for peacekeeping.