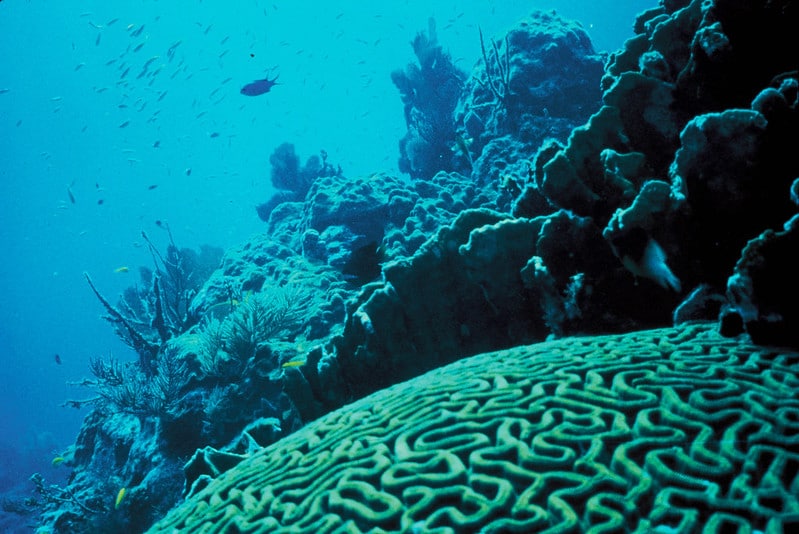 While coral reefs throughout the Indo-Pacific region have been bleaching in response to rising sea temperatures, the reefs around Marovo Lagoon in the Solomon Islands have mostly kept their colour. But in March 2021, that all changed: the lagoon’s once-healthy reefs turned ghostly white as the water temperature rose to new highs, much to the distress of conservationists. To help reverse this, satellites are being used to monitor the health of coral reefs.

Coral bleaching — what happens when rising temperatures push corals to expel their life-sustaining algae — has become a problem in just about every part of the world. Some models predict that 70% to 90% of the world’s coral reefs will be lost in a mere 30 years if action isn’t taken to mitigate the effects of climate change and other anthropogenic pressures on the ocean, such as coastal development and unsustainable fishing practices.

To monitor the coral bleaching issue, scientists working with the Allen Coral Atlas — a research initiative developed by Arizona State University (ASU), the University of Queensland, the National Geographic Society, Planet, and Vulcan — just launched the first global, satellite-based reef surveillance tool. The system can track bleaching events in near-real-time and provide an overall view of trends and changes in coral reef health. The researchers involved in the project say the monitoring system can inform conservation efforts and policy by providing critical information about which reefs are under stress and which ones appear to be more resilient to events like marine heat waves.

“Our ability to monitor changes in coral reef conditions has always been a clear but challenging requirement to drive decisions on where to apply our best restorative and protective strategies,” Greg Asner, managing director of the Allen Coral Atlas and director of ASU’s Center for Global Discovery and Conservation Science, said in a statement. “The new Atlas Monitoring System is a major step in our effort to bring eyes to the reef at a global scale and yet with extraordinary detail needed for progressive reef interventions.”

The Allen Coral Atlas uses high-resolution satellite imagery supplied daily from U.S. imaging company Planet, which is run through an algorithm that helps map stressed-out corals as well as healthy ones.

“This monitoring capability will help us to see, for the first time, where and to what extent coral bleaching is likely to be occurring as well as where it isn’t bleaching so we can identify resilient reefs,” Paulina Gerstner, program director for the Allen Coral Atlas, said in a statement. “The system is the outcome of years of effort involving our ecologists, remote sensing scientists, software engineers and many others.”

A beta version of the Allen Coral Atlas was piloted in Hawai‘i during the 2019 Pacific heat wave, which caused widespread bleaching across the archipelago. The pilot program helped identify bleaching hotspots that were difficult to detect with traditional field-based methods. Also, it allowed researchers to identify heat-resistant corals that could be used for restoration purposes.

“It’s important for people to understand that this is just the first global version of our monitoring system,” Asner said. “We intend to improve and expand it to include a broader range of impacts on reefs such as land-sea pollutants and sediments. This first, truly global reef monitoring system is simply a drop in the bucket for what is to come.”