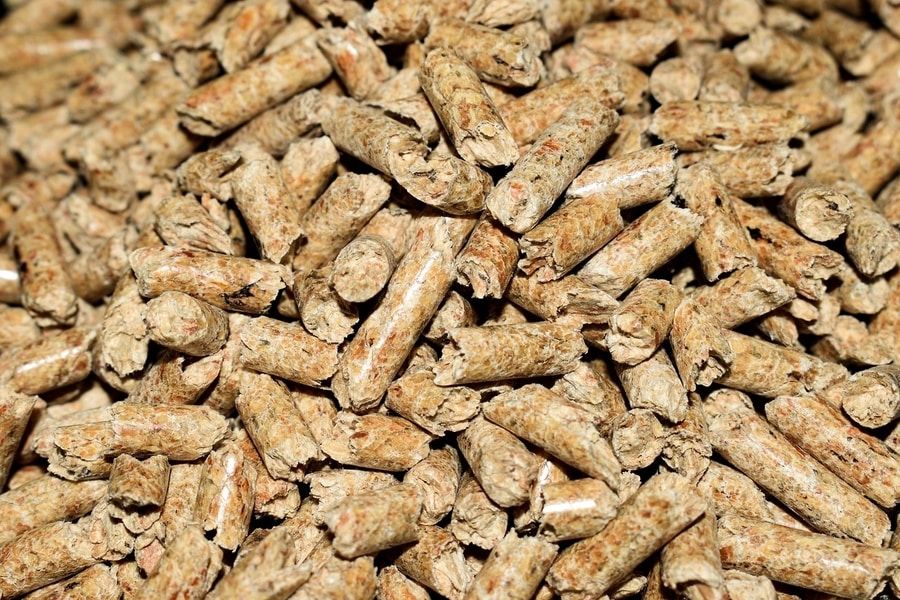 The government of South Korea is subsidising the development of biomass power so heavily that it’s hindering the adoption of renewable energy technologies like solar and wind, new research finds.

South Korea adopted a Renewable Portfolio Standard (RPS) policy in 2012 in order to increase the market share of renewable energy. But according to a report issued by Seoul-based NGO Solutions For Our Climate (SFOC), forest biomass is considered a carbon-neutral alternative to fossil fuels under Korean law, and the country’s government has so aggressively supported the growth of biomass-fueled energy production that it has become one of the most subsidised renewable energy sources in South Korea.

Due to the direct subsidies and other forms of financial assistance directed to biomass projects, electricity generation from biomass in South Korea rose 160 percent every year between 2012 and 2018, per the report.

Soojin Kim, a senior researcher at SFOC and an author of the report, told Mongabay that biomass projects have been so overcompensated by the government that it is causing serious disruption and uncertainties in the Korean renewable energy market, including steep declines in the price of Renewable Energy Credits (RECs). These uncertainties, in turn, are discouraging utilities from investing in renewable energy technologies such as solar and wind, she said.

“Korea has this market-based system where any utilities of more than 500MW have to supply some renewable energy in their portfolio, and biomass is one of the eligible sources of renewables they can do,” Kim said. “Once they produce renewable energy through biomass, the government issues them renewable energy certificates, and [biomass projects] were receiving about twice as much certificates because of the REC schedule that grants them higher RECs than other sources.”

Biomass projects received as much as 40 percent of total RECs on average between 2014-2018, the report states. These subsidies are meant to help offset the operating and construction costs of converting coal-fired power plants into biomass plants, but those costs are overestimated, Kim said, “in some cases 15-times higher than actual cost.” About 75% of the biomass used in Korea is burned together with coal in what’s known as a “co-firing” plant, Kim noted, and whether utilities want to turn old power plants into biomass plants or simply try to improve the environmental performance of their plants by adding some biomass to the existing coal, they can count on government support.

“It’s been a pretty profitable business for them in the biomass industry,” Kim said.

As Kim pointed out in a blog post co-authored with the Natural Resources Defense Council’s Debbie Hammel, the expansion of biomass energy in Korea is not only crowding out truly green forms of renewable energy, it’s also undermining the government’s own attempts to rein in emissions in response to global climate change.

“Korean utilities have boasted about the positive climate outcomes of their coal-to-biomass conversions, some reporting up to a 90% decrease in greenhouse gas emissions,” Kim and Hammel write. “This is misleading because the emissions from burning biomass were simply omitted under the erroneous assumption of biomass ‘carbon neutrality.’ In reality, scientists have warned for years of the disastrous outcomes of burning biomass for power. Years of research has shown that even under best-case scenarios, burning biomass for electricity makes climate change worse for decades.”

Burning forest biomass is something of a double-jeopardy scenario for the global climate, as it both increases greenhouse gas emissions and threatens forest ecosystems around the world that are important carbon sinks.

Some 98% of the wood pellets used to produce energy in Korea are imported, mainly from Southeast Asian countries like Vietnam, the number one exporter of biomass, as well as Indonesia, Malaysia, and Thailand. Russia and the United States are also important sources of wood pellet exports to South Korea, which has become the third-largest importer of biomass in the world.

Kim and Hammel note in their blog post that “When forests are logged, the amount of carbon stored in that forest is reduced, even under a best-case scenario in which harvested trees are immediately replanted or naturally re-grow. A recently published study showed that the same holds true even when biomass energy is generated by burning forestry residues — the leftovers from logging operations, like treetops and limbs.”

Thanks to a similar push in Japan to develop biomass-fueled electricity production capacity, East Asia has become a major driver of global biomass growth, according to Roger Smith, Japan Project Manager for the NGO Mighty Earth. “Forest biomass is a false climate solution unworthy of public subsidy. Solutions for Our Climate highlighted the major problems with wood biomass — it increases near-term greenhouse gas emissions over the coming decades, and has the potential to harm forests in exporting countries,” Smith told Mongabay.

He added: “Ironically, while Korea and Japan are turning to biomass to meet global warming and renewable energy goals, neither country has greenhouse gas standards to ensure any actual pollution reductions. This leads to an absurd situation where trees can be cut down, dried and processed into pellets, shipped across the ocean, and burned in Japanese or Korean power plants with none of the carbon pollution counted. Both nations need to close this loophole and set a stringent greenhouse gas emissions standard for all biomass fuels.”

Of course, the European Union’s renewable energy policies also recognize biomass as carbon neutral, and Europe is a major growth region for biomass energy, as well. “In fact, 65% of EU renewable energy comes from burning biomass, and so we are now seeing countries like South Korea and Japan following that same path,” NRDC’s Hammel told Mongabay.

The carbon neutrality of biomass is predicated on the idea that any trees cut down to be burned for electricity can be replanted, thus canceling out the carbon emissions of burning that biomass in power plants. But these are “erroneous” assumptions, Hammel argued, saying: “There’s no guarantee, first of all, that trees will be replanted, or that they will regrow. That’s not a safe assumption. And then, secondly, if they are replanted and allowed to regrow, it’s going to take decades. And we don’t have the time to wait.”

Forests are going to be under increasing pressure if the biomass industry keeps expanding, Hammel warned. “The EU imports for woody biomass are expected to climb to 30 million tons by 2020, and these new markets in South Korea and Japan are going to expand that demand. So I think that this is a huge threat to the world’s forests,” she told Mongabay. “It’s also a huge threat in terms of addressing climate change. Scientists have said we need to reduce our emissions over the next decade in order to avert the worst consequences of climate change and keep temperature rise to 1.5 to 2 degrees.”

But burning biomass from forests will make reaching those climate targets impossible, she said: “It’s going to worsen the effects of climate change and it’s going to degrade the world’s forests, which are some of the best tools to mitigate climate change.”

This article was originally published on Mongabay, written by Mike Gaworecki, and is republished here as part of an editorial partnership with Earth.Org.