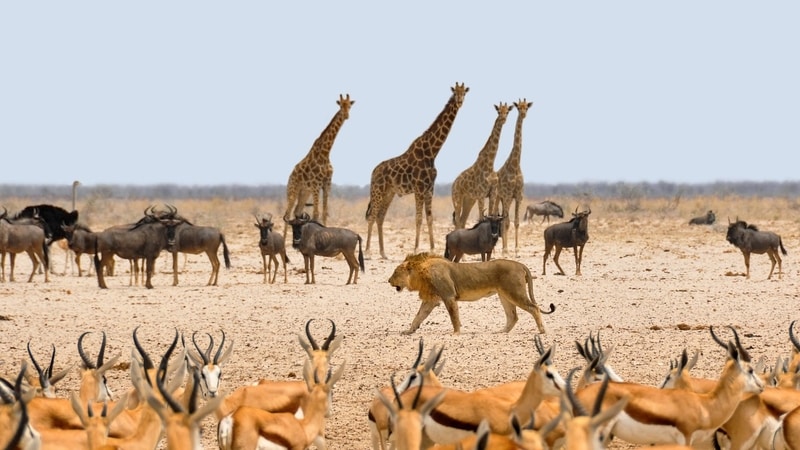 A new study has determined that the United Nations Sustainable Development Goals (SDGs), that were designed to improve the lives of people and the planet, are failing to adequately protect biodiversity. The researchers warn that these 17 SDGs could actually do more harm to the environment than good.

The Sustainable Development Goals (SDGs) were designed by the United Nations in 2015, with the aim of prioritising environmental protection and biodiversity conservation as well as human development to ensure a more sustainable future.

The study compared SDG indicators to a variety of external measures and found that, despite most countries showing promising initiative in progressing towards environmental SDGs, most of them have little correlation with biodiversity conservation and ‘instead better represent socioeconomic development’. The researchers stated that ‘if this continues, the SDGs will likely serve as a smokescreen for further environmental destruction throughout the decade’.

Only 7% of correlations between the SDG indicators and independent measures of biodiversity and environmental protection were significantly positive, while 14% had a negative relationship with conserving biodiversity and 78% were not significant at all.

Biodiversity is a vital part of the planet’s wellbeing and threats to it will accelerate the climate crisis and associated extreme climate events.

“Over the past 50 years, threats to nature have accelerated globally, resulting in changes to more than 75% of the Earth’s surface and population declines in more than one million species,” said Professor James Watson of the University of Queensland, one of the researchers in the study.

The SDGs- a framework consisting of 17 goals, 169 targets, and 247 indicators- were established by the United Nations General Assembly in 2015 to replace the Millennium Development Goals (MDGs). It was an attempt to mitigate the climate crisis and associated biodiversity loss with a more sophisticated, valid and efficient model. While purporting to have a greater emphasis on sustainable development, the new framework demonstrates the difficulties that coincide with assessing development agendas and whether they actually benefit or protect the environment. The SDGs have been criticised for its failure to record the nuances of complex targets, especially when the environment is concerned.

The researchers explain that the lack of substantial integration of environmental priorities into countries’ development plans can be attributed to a lack of ‘technical capacity and difficulty in coordinating across administrative silos, especially in developing nations’. This, together with the framework of SDG indicators inability ‘to incorporate telecoupled environmental impacts linked to internal trade’, the current prescribed SDG framework’s efficacy in protecting biodiversity on the global scale remains uncertain.

Furthermore, the results of the study demonstrate a flaw in the SDG framework: its failure to establish regulations that allow for biodiversity protection. This highlights the important need of including more precise indicators that directly measure the current state of, and threats towards, global biodiversity. The researchers concluded that ‘if these errors are not corrected, the SDGs could unknowingly promote environmental destruction in the name of sustainable development’.

The researchers suggest that a reformulation of the indicators would be appropriate in ‘a post-2030 agenda’, with a greater focus placed on data collection and quantification- both temporally and spatially- in addition to making the current indicators more reliable. This would ensure a more ‘nuanced evaluation’ of some of the indicators across global assessments, which would help in developing a greater understanding of the environment’s current state.

Additionally, the researchers stress the importance of funding and the need for incentives across countries and administrative regions in aiding data collection, which can then be used on more precise spatial scales- especially among developing countries who lack necessary resources.