Tax Exemptions on Pesticides in Brazil Add Up to US$2.2bn Per Year 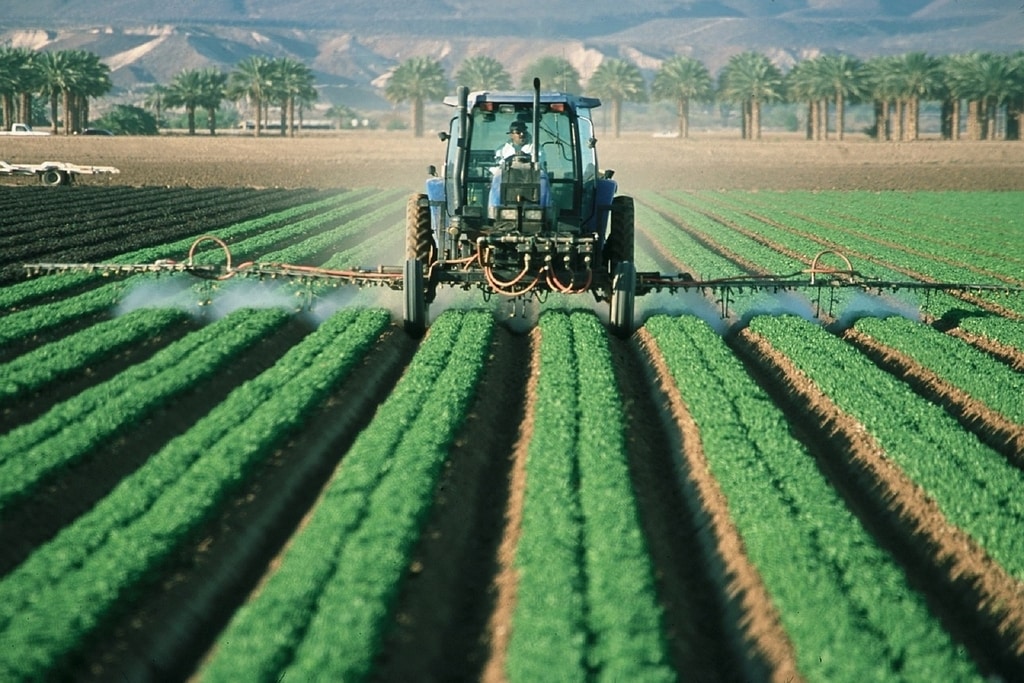 Imagine starting out the year having to pay your property taxes, your car taxes or any other taxes. Imagine getting to the supermarket and receiving a 40% discount on shampoo and 30% on tomato sauce. Imagine being able to take out a bank loan with interest well below that of the market. This is more or less what companies that manufacture and sell pesticides operate in Brazil, protected by a package of benefits that, counting just tax exemptions and reductions, add up to nearly R$10 billion (US$ 2.2 billion) every year, according to an unprecedented study carried out by ABRASCO, the Brazilian Association of Collective Health, executed by researchers from the Oswaldo Cruz foundation and the Federal Rural University of Rio de Janeiro.

The amount that the Brazilian government fails to collect because of tax exemptions on pesticides is nearly four times as much as the Ministry of the Environment’s total budget this year (R$2.7 billion, or US$ 600 milllion) and more than double what the nation’s national health system [SUS] spent to treat cancer patients in 2017 (R$4.7 billion, or US$ 1 billion).

“Our study clearly showed that it’s time for society to begin to reflect on subsidies for pesticides. First, because we are in the middle of a fiscal crisis in which many sectors are re-evaluating subsidies. But mostly because of the high amount the State is unable to levy,” affirms study coauthor, Wagner Soares, economist and graduate level professor in the Sustainable Development Practices program at UFRRJ.

The “pesticide grant” even includes public funding in the millions for transnational giants in the sector. The study carried out by Repórter Brasil and Agência Pública shows that over the last 14 years the BNDES (Brazilian National Development Bank) granted loans of R$ 358.3 million (US$ 80 million) to companies in the sector (interest was also subsidized by the government). They also found that FINEP (the Ministry of Science and Technology’s Funding Authority for Studies and Projects) transferred R$ 390 million (US$ 86 million) to large pesticide manufacturers for research and development.

The investments and maintenance of the exemptions contradict promises made by Minister of the Economy Paulo Guedes that fiscal incentives would be reviewed  in order to reduce the deficit on government balance sheets. During the 2018 presidential campaign (when President Jair Bolsonaro was elected), Guedes proposed up to 20% cuts in exemptions. The proposed scenarios include reintroducing taxation on food given out in the cesta básica [basket of basics] federal food distribution program. When asked if it intends to review the tax waivers, the Ministry of the Economy did not respond. 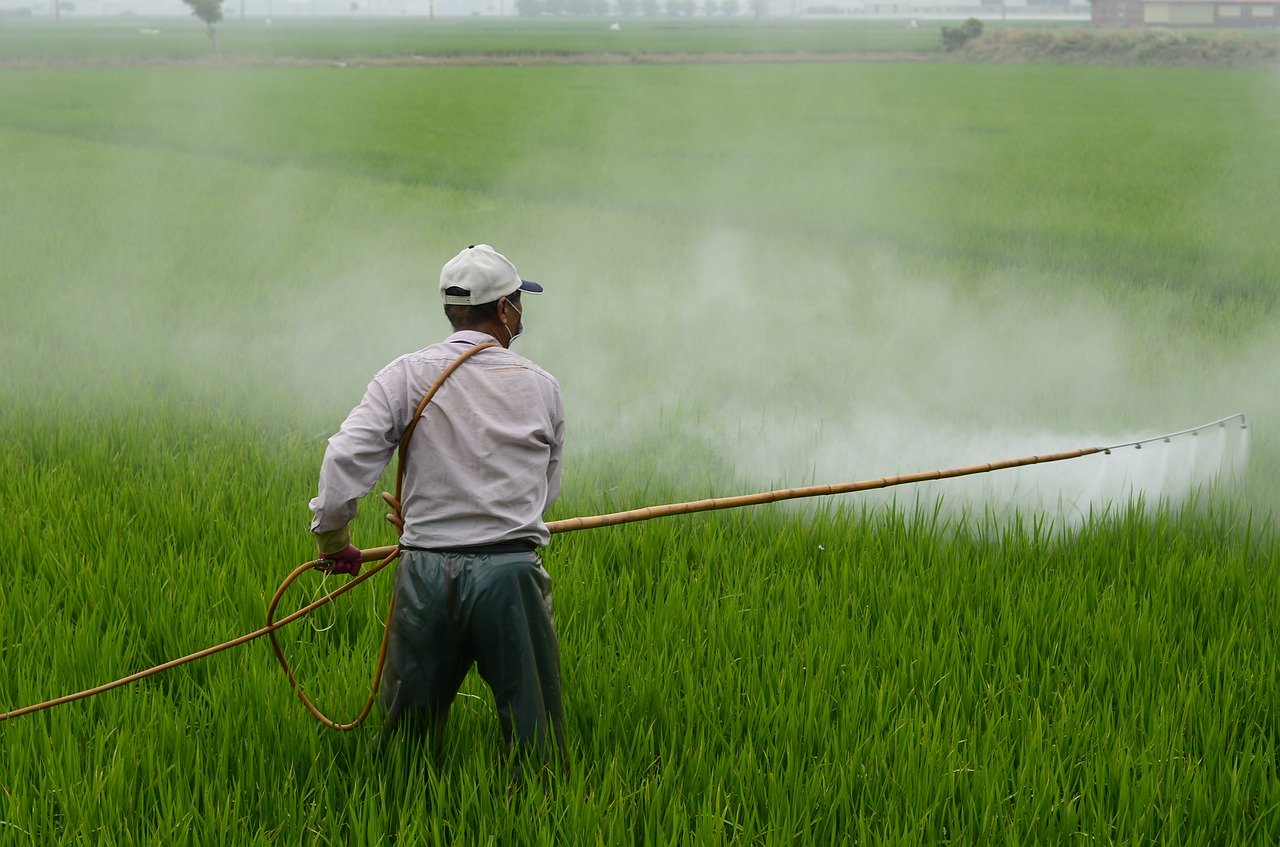 The exemptions and other benefits granted the pesticides sector are a point of question among those who keep a watch on the Brazilian public budget. “It is as if you lived in a condominium and your neighbor didn’t have to pay the condominium fees. And that they got the pool dirty, and the shared gym space, generating costs for everyone else. These benefits give large agribusiness companies a break while throwing the cost back on society,” explains Marcelo Novaes, São Paulo State public defender, who has investigated the issue for years.

The fiscal waivers are upheld by laws implemented decades ago that consider pesticides as fundamental for Brazil’s development and that for this reason, need stimulus—as is provided for the cesta básica [basket of basics] federal food distribution program.

But this scenario of benefits for pesticide manufacturers could change starting February 19, when the Federal Supreme Court (STF) decides on a Direct Action of Unconstitutionality (ADI 5553) questioning the logic of considering pesticides fundamental for the nation’s development. The Action compares pesticides with products like cigarettes, considered harmful to health and which generate costs that are paid by the entire population—and for which reason are subject to extra taxes instead of tax breaks.

The comparison with cigarettes—where up to 80% of the price is composed of taxes—is precise according to Professor Andrei Cechin from the Economics department at the Universidade de Brasília (UnB). “Cigars are bad for those who smoke them, and smokers will rely on SUS [public health system] to treat them for resulting illnesses. This cost comes back on society, because the population pays for SUS. So high taxes on cigarettes are justifiable,” explains the professor.

The same logic holds for pesticides, says Cechin, because the costs of treatments for contamination cases are also paid by SUS, justifying extra taxation for the sector: “But instead, we give them exemptions and even foment farming with pesticides.” The Ministry of the Economy has already endorsed extra taxation for cigarettes and alcohol, called “the sin tax”. However, no such word has come out about pesticides.

In 2017, the Attorney General’s Office emitted a statement about the Direct Action of Unconstitutionality in which then-Attorney General Raquel Dodge defends the unconstitutionality of granting tax benefits and exemptions for pesticides, as the “international constitutional order shows concern with the use of agrochemicals, imposing severe restrictions on production, registration, marketing and handling, with a view to protecting the environment, health and, above all, workers.”

In addition to whether or not they fall under the legislation, economist Cechin also warns that, as with cigarettes, more money is spent on treating pesticide poisonings than on purchasing the product itself. A study published in Saúde Pública magazine reveals that for every US$ 1 spent on the purchase of pesticides in the state of Paraná, US$ 1.28 is spent on the SUS public health program for the treatment of acute intoxications poisonings—those that occur immediately after application. The calculation left out spending on chronic diseases, those that appear over time due to constant exposure to pesticides, such as cancer.

Even in the face of pesticides’ impact on the  health of the population and the environment, companies ceased to pay nearly R$ 10 billion (US$ 2 billion) in federal and state taxes in 2017—and the ones that most failed to collect were the states, according to the study “ “Tax incentive policy for pesticides in Brazil is unjustifiable and unsustainable” by ABRASCO, the Brazilian Association of Collective Health.

Renouncement of only the ICMS (VAT on goods and services) waiver in the state of Rio Grande do Sul would be generate enough to cover over half of the state budget in 2017. In the state of Mato Grosso, the amount would represent 66% of the entire state health budget.

State ICMS tax exemptions, which were introduced in 1997, account for the largest slice of the exoneration pie, with 63% of the total; it is followed by the IPI (tax on Industrialized Products) with 16.5%; the PIS/PASEP and COFINS (Federal Unemployment and Social Security funding contributions) with 15.6% and, lastly, the II Importation Tax with 4.8%, according to the ABRASCO study, also signed by Marcelo Firpo, FIOCRUZ National School of Public Health researcher and by environmental scientist Lucas Neves da Cunha.

According to the authors, the thesis that reducing the value of pesticides is necessary to maintain the price of food doesn’t hold up. “It would be more reasonable to subsidize not the use of pesticides, but directly the consumption of food,” concludes the study, which considered pesticide-related expenses reported by rural producers in the 2017 2017 Agricultural Census.

Although direct federal investment to the sector amounts to considerably less than the tax exemptions, it is noteworthy that the giant pesticide producers benefit the most. Between 2005 and 2019, the federal government invested R$ 749 million (US$ 165 million) through BNDES and FINEP in 18 pesticide manufacturers, including Monsanto, Syngenta, Ourofino and Dow Agrosciences (today Corteva).

Of the resources invested in research in the entire pharmaceutical industry since 2005, pesticide manufacturer Ourofino was the third most benefited, behind only Hypera Pharma and Aché, which produce medicines for human health. Manufacturer of more than 30 pesticide products including glyphosate and fipronil, the company received R$ 334.6 million (US$ 74 million) in public resources for their pesticides and agricultural research divisions. Ourofino had not responded to inquiries for comment when this article was concluded.

FINEP, on the other hand, recognizes direct financing in pesticides, but also says it selects projects that seek to replace pesticides with biological products and supports “innovative projects with the premise of increasing their efficiency.” See FINEP’s full response here. The BNDES (Development Bank) did not comment.

Entities representing the pesticide industry argue that suspending tax exemptions for the sector would lead to higher food prices and lead to inflation.

“The end of the benefit will impact the prices of inputs and, consequently, increase the cost of the cesta básica. The exemption, therefore, is much more beneficial to society than to industries,” says Christian Lohbauer, president of CropLife Brasil, an association that represents pesticide-producing companies such as BASF, Bayer, Corteva, FMC and Syngenta.

According to APROSOJA (Brazilian Soy Producers’ Association), the end of tax benefits would increase production costs. “Part of the Brazilian production of grains, fruits, fibers and vegetables would be rendered unfeasible, because when computing the tax increase in the costs of agricultural pesticides, added to the cost of transportation logistics, climatic risks and other taxes and contributions from the sector, many inland regions would no longer be viable,” was the written statement.

The Ministry of Agriculture, Livestock and Supply informed that it will wait for the decision of the STF to manifest itself. The National Agriculture Confederation (CNA) declined to comment. Meanwhile the National Association of the Vegetal Defense Products Industry (SINDIVEG) stated that “taxation would increase food costs and reduce the competitiveness of Brazilian products on the international market.” See the full statements of the Association, of Croplife and of APROSOJA.

For economist Cechi from UnB, it is difficult to affirm that reducing pesticide industry benefits would be felt at Brazilian tables, as a large part is used for commodities like soybean and not food items.

“Pesticides are used mainly in non-food crops, that is, commodities whose prices are set by the international market. It is not the producers who choose the price. If the benefits are lost, producers will have to spend more on pesticides, meaning a lower profit margin. The impact [of the reduction in benefits] would be for agribusiness companies.”

Soybean plantations were the destination for 52% of all agrochemical sales in Brazil in 2015. Corn and sugar cane ranked second, with 10% each, followed by cotton, with 7%. These four agricultural commodities alone represented 79% of the pesticide used in the country, according to data from SINDIVEG.

The “pesticide grant” is more controversial if one considers that Brazil is the world’s largest consumer of pesticides in terms of value, and that the sector grew 190% between 2000 and 2010, while on the global market this number was 93%. In addition, President Jair Bolsonaro’s government approved a  record number of these products in 2019, benefiting mainly multinationals.

All this within the context where there is a market concentration that, in the view of public defender Marcelo Novaes, harms public coffers, since without competition, companies can manipulate prices and increase their profits. “We are dominated by five large multinationals—Syngenta, Bayer-Monsanto, BASF, Corteva (ex-Dow) and DuPont—who rule over everything because they own 80% of the sector,” says Novaes, who denounced what he considers to be an oligopoly at the Administrative Council for Economic Defense (CADE).

This article was originally published on Mongabay, written by Mariana Della Barba, Diego Junqueira and Pedro Grigori, and is republished here as part of an editorial partnership with Earth.Org.