The Hong Kong Waste Charging Scheme is a Good First Step, But More is Needed 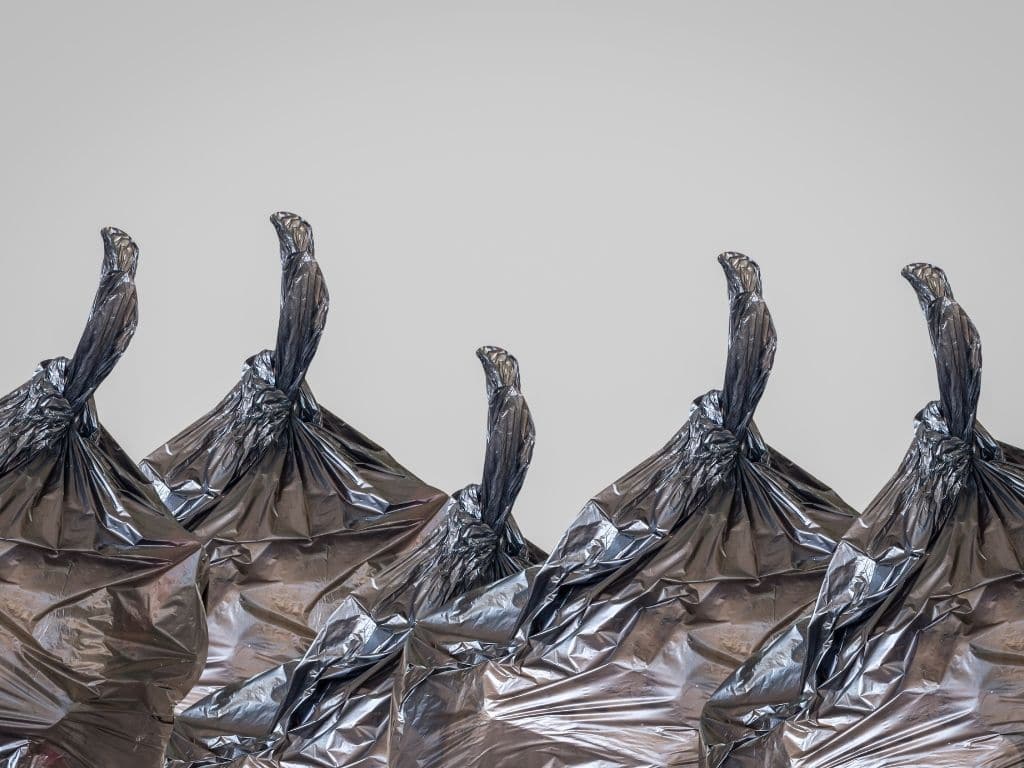 The Hong Kong Legislative Council recently passed the city’s first and long-awaited waste disposal bill, 16 years after it was first proposed. The proposed Hong Kong Waste Charging Scheme would mean that its residents will soon have to pay a tax on the garbage they generate. Will this move be enough to tackle its waste problem or is it too little, too late?

Hong Kong, is known to be a city of glitz and glamour but its uglier and less talked about facet is its monumental waste problem. Its seven million residents have been steadily generating more trash since 1991, according to figures released by the Environmental Protection Department. In 2019, 5.67 million tonnes of municipal solid waste (MSW) were disposed of at landfills. At the same time, less is being recycled each year: in the same year, only 29% of MSW was recycled, down from 30% in 2018. Hong Kong has already filled up and closed down 13 landfills, and its remaining three landfills, which cover the same size as 379 football fields, are overflowing.

The government’s latest move as part of its Waste Blueprint for Hong Kong 2035 is to push for a waste charging scheme, which it hopes will reduce per capita waste disposal by up to 45% and increase the recycling rate by 55%. The Waste Disposal (Charging for Municipal Solid Waste) (Amendment) Bill, which was tabled in November 2018 and passed on 26 August 2021 after delay, will see the average household paying anywhere between HKD$33 and $55 a month to throw out their trash in 11 types of designated trash bags that vary in size. Each litre of trash will cost roughly $0.11, with a 100 litre bag costing $11; and large items that do not fit in the trash bags costing $11 per item for disposal. Trash bags and labels will initially be distributed for free, before becoming widely available across 4,000 sites including supermarkets, gas stations, and convenience stores. Those who violate the law will be charged a $1,500 fine.

While the scheme will not launch until 2023, giving the government another 18 months for preparatory work like launching publicity and educational campaigns, preparing various sectors of the community, and strengthening recycling infrastructure, we might foresee that Hong Kong will follow in the footsteps of Seoul and Taipei, which had both implemented their waste charging schemes more than 20 years ago. Both schemes have been hugely successful.

In Taipei, since launching their “pay as you throw” scheme in 2000, waste generation has fallen 31%; from 1.26 kg per person per day in 1997 to 0.87 kg in 2015. Landfill use decreased by 98% while recycling has increased from 2 to 57%. Similarly, Seoul’s waste charging scheme led to a 17.8% reduction in waste generation within a year in 1995. These schemes are all premised on the “polluter pays” principle, an environmental law tenet which requires those who create pollution to bear the costs of managing it to prevent environmental damage. Those who pollute more are charged more, thereby creating economic incentives to reduce waste.

A waste charging scheme is undoubtedly an environmental victory for Hong Kong. The last major levy on plastic shopping bags has reduced the use of plastic bags by 90%, showing the potential of a tax on garbage. However, a study by Alzamora and Barros published in Waste Management in 2020 found that the effectiveness of a waste management system depends, at least in part, on advances in environmental education and users’ participation. Cleaners have already raised their concern that individuals might opt to dispose of their garbage on the street, which would increase their workload. There are other loopholes as well: Cleaning Workers Union organiser Leung Tze-yan expressed that irresponsible disposal will likely be severe in tong laus (pre-war tenement block) that are without refuse collection services, as well as in public housing with multiple flats on the same floor where it is difficult, if not impossible, to determine who did or did not use the designated trash bags. It will therefore be imperative for the government to educate the public on Hong Kong’s waste problem and why waste reduction is important for everyone to partake in, in order to create a strong buy-in to this new scheme.

Leung’s comment raises a further issue of tax regressiveness: while a $10 monthly subsidy will be offered to those receiving social security, this would still amount to a $23 to $45 charge, which is substantial for the one in five Hongkongers living below the poverty line. These individuals may not have the option to shop plastic-free or to live a low-waste lifestyle, especially given that over 80% of stocked goods in supermarkets are wrapped in plastic and nearly half of which are wrapped by the supermarkets themselves.

Alongside stronger protections and generous subsidies for vulnerable groups in its new scheme, the government should encourage supermarkets to reduce their use of plastic, and restaurants to look at environmentally-friendly alternatives to plastic takeaway containers, making it easier and more accessible for the everyday person to minimise their waste.

Recycling also ought to play a bigger role in Hong Kong’s waste management scheme. In Taiwan for example, recyclables are collected for free, encouraging residents to buy recyclable packaging and separate recyclables from general waste. Food waste is also separated. An investigation conducted by HK01 in 2020 found that the majority of plastic bottles placed in recycling bins at 14 public and private housing estates were sent to landfill. It’s clear that Hong Kong requires a better recycling infrastructure to be put in place.

Most importantly,  the materials of which the designated trash bags are made, should be eco-friendly and sustainable. Compostable or biodegradable trash bags are no better than plastic when sent to landfills, as according to the Environmental Protection Agency, landfills do not “present the conditions in which complete decomposition will occur within one year”.

All in all, though much more needs to be fleshed out to ensure the success of the new waste charging scheme –  implementing a tax on garbage can be a good first step towards making Hong Kong greener.