The Impending Climate-Driven Megadrought and its Risks 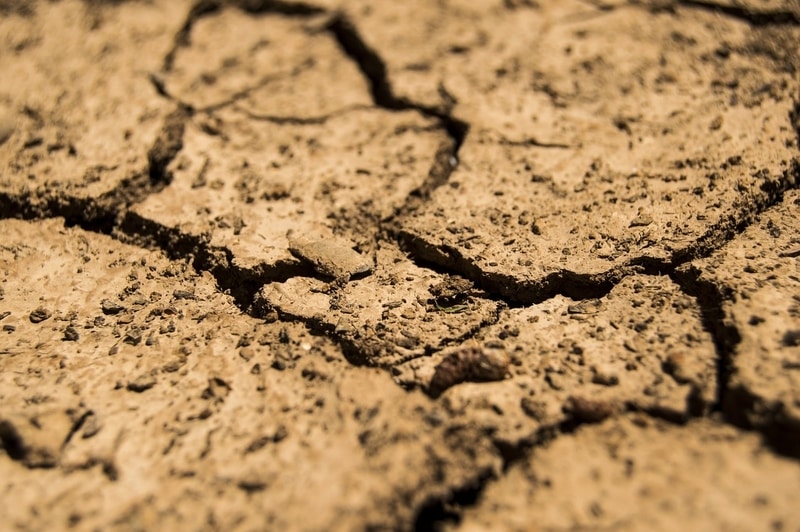 A megadrought is an extreme and prolonged drought that lasts for 20 years or longer. Human activities, such as burning fossil fuels and deforestation, trap more energy from the sun in the atmosphere and are playing a critical role in exacerbating the drought, consequently drying the Southwest areas of the US.

What causes a megadrought?

Radiative forcing is one of the causes of a megadrought, which occurs when the Earth’s atmosphere captures more energy from the sun. The more energy retained in the atmosphere, the higher the rate of water evaporation.

Droughts are one of the most expensive natural disasters, and it is estimated that the average annual loss in the US in 2018 was between USD$10 billion and $14 billion. There are few studies that have estimated the monetary losses to the agricultural sector caused by drought. Among these studies, one suggested that the megadrought in the US from 1988 to 1989 had caused the loss of crops worth $15 billion. Analysts at the University of California evaluated the economic impact of the California drought on the US’s agricultural sector from 2014 to 2016 (the most recent megadrought). They disclosed significant losses in crops, dairy products and livestock, as well as additional groundwater pumping costs, with a combined loss of approximately $3.85 billion. At the same time, some researchers have disclosed that the reduction in crop yields has led to higher crop prices to try and offset the loss from this drought on agricultural revenue.

International Water Management Institute (IWMI)’s efforts to support nations and regions preparing for climate shocks (such as a megadrought) involve enhancing farmers’ resilience. In recent years, the Institute developed an index-based flood insurance (IBFI) product to compensate farmers whose crops have been ruined as a result of floods.

The technology uses satellite data and modelling tools to estimate when the depth and duration of flooding exceeds predefined limits, triggering automatic payouts. Between 2017 and 2019, the IBFI scheme supported insurance payouts in India ($22 000) and Bangladesh ($31 500) to 1 306 out of 2 300 eligible farming households, increasing their resilience to floods and minimising their vulnerability to natural hazards.  A new trial seeks to build on the success of IBFI by bundling SMS-based weather information, advice on crop and water management methods, and fertilisers together with the insurance product. The trial covered 1 000 households, of which 450 benefited from an insurance payout of $12 500 each.

How Unilever is Mitigating its Water Risks

Unilever is one of the largest fast-moving consumer brand companies in the world with over 400 different brands in almost 200 countries. Unilever is currently focused on creating ‘sustainable products’ for their consumers, and their vision is ‘to make sustainable living commonplace’. They created the Unilever Sustainable Living Plan to realise this vision. Unilever identified key issues and topics on a materiality matrix, and prioritised them based on current stakeholder importance and short-term business impact. 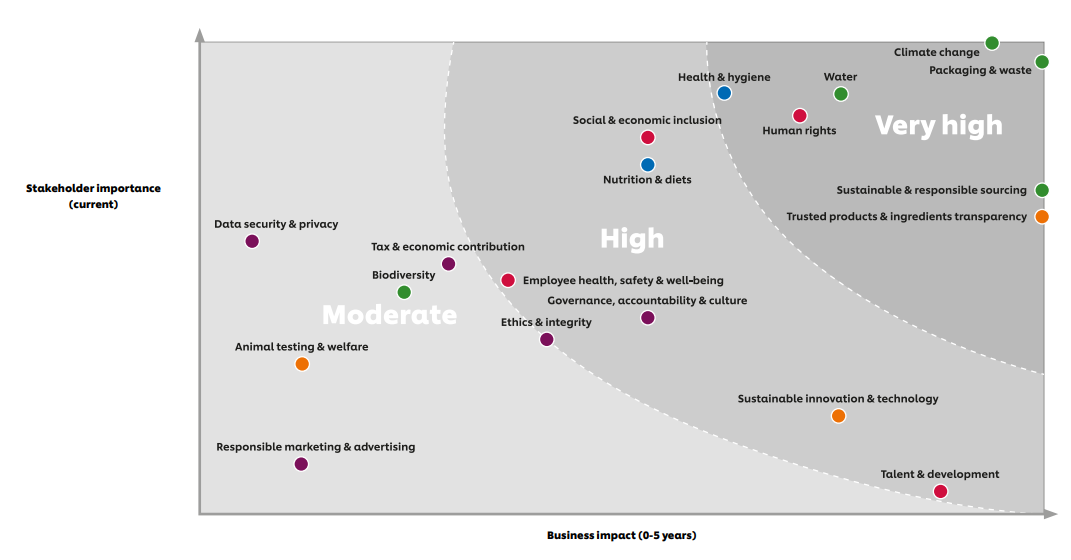 Unilever set three general goals: Improving health and well-being for more than 1 billion, Reducing environmental impact by half and enhancing livelihoods for millions. To improve its water usage, Unilever has pledged to halve the water associated with the consumer use of its products by 2020 and maintain the water abstraction levels for production at or below 2008 levels by 2020. In 2019, they exceeded their second goal, where the water abstraction levels are 47% lower compared to 2008. However, they failed to meet the first goal to halve consumer water consumption- water consumption is actually 1% greater in 2019 than in 2010.

Unilever’s manufacturing department does an exemplary job of meeting these goals. However, their products department greatly lags behind to meet these goals. Even though the manufacturing department does not pledge to halve manufacturing emissions, water consumption or waste, it does so for all three areas. The explicit goals for the products department to halve product emissions, water consumption and waste are more difficult to achieve. However, the product department fails to even maintain the level of emissions and water impact at 2010 levels. Unilever needs to address these product department weaknesses to better align with their vision to make sustainable living commonplace.

What Governments Are Doing to Mitigate Water Risk

In 2017, the US government developed a Global Water Strategy to aid the global water crisis. The strategy contains four main strategic objectives revolving around conserving and providing clean water sources to countries with high water risk.

The second objective is to encourage the sound management and protection of freshwater resources. This strategy primarily addresses physical water risk, in particular, flooding and groundwater deficiency. The US aims to support access to water supplies and protect ecosystems that provide these water supplies. It also focuses on improving preparedness for water-related disasters such as floods and megadroughts.

The third objective is to reduce conflict by promoting cooperation on shared waters. This strategy aims to resolve the issues of river basins and aquifers shared between multiple countries without formal agreements. This is done by increasing mediation activities between such countries through the creation of  designated institutions to address these issues.

The last objective is to strengthen water sector governance, financing and institutions. This is done by improving upon environmental policies, building partnerships with other international organisations to support the development of water resources and increasing the amount of private and public resources mitigating water issues.

The US government has set various approaches to fulfil these four strategies. Most notably, it plans to use its scientific and technical expertise to assist countries that require the most assistance for countering water risk. It also plans to mediate with governments and organisations to better understand the needs of the community while raising funds necessary for  supporting the development of water and sanitation infrastructures.

The strategy lists 13 ‘High Priority Countries’ that have high levels of water risk and assistance needs. Such countries include Afghanistan, Haiti, Indonesia and Uganda. The US will focus their attention on these countries, and have deliberated country-specific plans to better help these countries.

However, there are potential difficulties and risks that should be addressed. This is especially apparent for the third objective, where the US aims to reduce conflict by promoting cooperation on shared waters. It is extremely difficult for countries to agree and share water resources, especially in high-risk countries. Even if the US government is able to bring the conflicting parties together to discuss, it is unlikely that a formal consensus can be made immediately. In fact, greater conflict may arise when the two parties discuss formal conditions for cooperation.

China suffers from both too much as well as too little water due to climate change. Southern parts of China and coastal cities are often flooded from typhoons, storm surges or river/pluvial floods while certain areas experience extreme drought; for example, the middle and the lower reaches of the Yangtze River is characterised by alternating periods of drought followed by floods.

Over-extraction of groundwater and falling water tables are significant problems in China- there is an average annual groundwater depletion rate of more than 10 billion cubic metres and water resource usage is set to peak in 2030 when the population also peaks. Groundwater extraction can lead to land subsidence- 60 000 sq kms of the ground surface in the country has sunk, with more than 50 cities suffering from severe land subsidence. Further, Asia’s ten largest rivers, including the Yangtze, Yellow, Mekong and Ganges, are fed by seasonal melting, which is being affected by the climate crisis.

Existing drought models are very simplistic and therefore lead to wrong predictions. Moreover, rainfall data is not collected in most regions in Asia. It is therefore very difficult to make any drought analysis on a meaningful grid case. Intensel Limited, an Asia startup focusing on physical climate risk assessment and predictions, models drought using a combination of several factors including snowmelt and other climate variables. In addition, Intensel’s dynamic climate models and AI technology is able to generate missing historical data, for example, granular rainfall data. Organisations such as these are vital, as the climate crisis is making these predictions even more difficult with changing trends, increasing variation of weather.

This post was written in collaboration with Entela Benz, Adjunct Associate Professor at HKUST and CEO of Intensel.