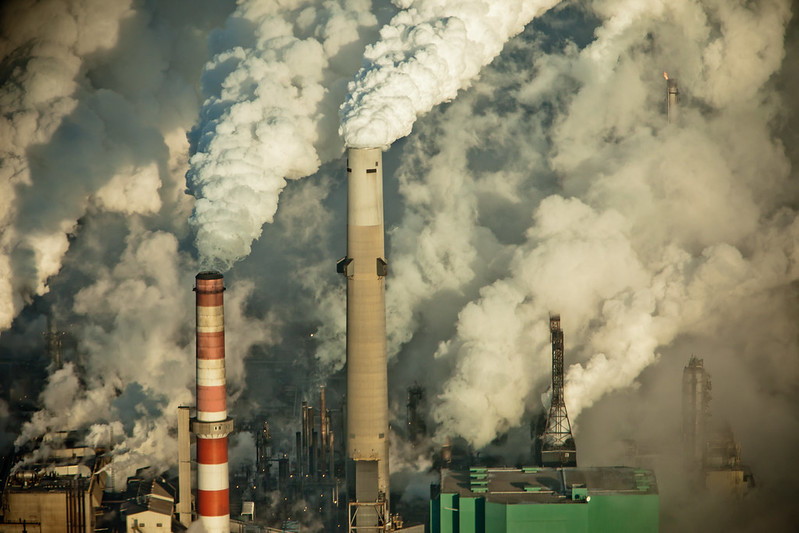 On June 18 2019, the Canadian government declared a national climate emergency. The following day, the same government approved the Trans Mountain pipeline expansion, capable of transporting close to 600 000 barrels of oil per day from Alberta to the port of Burnaby in British Columbia. This is an example of how Canada is a climate hypocrite, where the government claims to prioritise the environment but its actions have the opposite effect, choosing to instead prop up fossil fuels.

Canada, which is in close proximity to Antarctica and is partly located within the Arctic Circle, is extremely vulnerable to the effects of global warming. Declaring a state of climate emergency was a necessary response from the Canadian government in tackling the climate crisis.

This year, a prolonged heatwave in the Arctic that caused temperatures to soar to 38℃ in parts of Siberia, also caused wildfires to rage through parts of Siberia, as well as Canada, Alaska and Greenland. In June, fires in the region emitted 16.3 million tons of carbon- or about 60 million tons of carbon dioxide, the highest levels since 2003 and almost nine times more than the same month in 2018. Since the polar regions are warming at a faster rate than the rest of the world, this puts Canada further at risk.

However, the approval of projects like the Trans Mountain pipeline completely contradict the nation’s goal of reaching zero-net carbon emissions by 2050. A statement issued by the Canadian government outlined that the profits generated from the Trans Mountain pipeline will aid renewable energy projects and support cleantech research within the country, prompting critics to accuse the government of hypocrisy as the pipeline would be emitting large quantities of carbon dioxide into the atmosphere, further exacerbating global warming.

Prime Minister Justin Trudeau won his second election by forging solidarity with environmentalists and climate activists, saying that he shares the same view in needing to act in favour of the climate and strive for a greener society. Interestingly, in 2017, Trudeau spoke to Texan oilmen, saying that “no country would find 173 million barrels of oil in the ground and leave it there.” This would mean that Canada, home to 0.5% of the planet’s population, would plan to use nearly a third of the planet’s remaining carbon budget through intensive use of fossil fuels. While it is very possible to change stances on the issue of the climate crisis when confronted with indisputable evidence, in February this year, it emerged that the government was likely to approve the Teck mine, 181 sq km of petroleum mining, located just 25km from a national park. Canadian authorities were aware of the potential environmental harm it would cause, but ruled that it was nonetheless in the ‘public interest’. Thankfully, the mining giant withdrew its plans later that month, but it sealed Canada’s fate as a climate hypocrite.

Despite many delays, three major pipeline projects are expected to enter service by the end of 2023- namely, TC Energy Corporation’s Keystone XL, Enbridge’s expansion of its Line 3 and the Canadian government’s expansion of the Trans Mountain line.

The three pipelines have already encountered challenges; the Line 3 project continuously faces opposition in Minnesota, where it hopes to expand to, while the Keystone XL project is tackling legal challenges and the Trans Mountain remains disputed by indigenous and aboriginal communities in British Columbia.

Environmental risks of such projects range from water contamination to wildlife habitat disturbances. Provinces and cities have voiced opposition to such projects. Vancouver filed an empirical report on how the Trans Mountain project is ‘not worth the risk’ because ‘tanker traffic spills would be devastating to the coastline’ and in British Columbia, the controversial Bill C-48 issues a suspension on oil tankers carrying large quantities of crude oil along the northern coast to protect the ecosystem.

New pipelines breach demand levels required under the Paris Agreement. Canada has struggled to establish their natural resources development plans in shifting towards a greener society and divesting from fossil fuels. The Canadian government’s support for proposed pipelines and pipeline extension projects risk the country’s reputation of being one of the few who have shown strong leadership in addressing the climate crisis.

Carbon Tracker, an independent financial think tank that assesses climate risk, conducted an analysis on the impact of Canada’s pipelines, and found that new oil sands are unnecessary in a low carbon world. The analysis showed that additional pipeline capacity significantly exceeds supply levels across two low carbon demand scenarios, meaning that large portions will end up wasted or underutilised, resulting in stranded assets. Even in the case where new pipelines have lower crude transportation costs and reduce pricing, for example, the entirety of Canada’s unsanctioned oil sands projects would still not comply with a Paris-aligned world of weaker oil demand.

All proposed new pipelines from Western Canada, primarily Keystone XL and Trans Mountain expansion, do not comply with a Paris-compliant world, the report stated. Under the International Energy Agency’s Sustainable Development Scenario (SDS), for instance, all future oil supplies from Western Canada can be accommodated by alterations and replacements made to already existing pipelines- demonstrating there is no need to build new pipelines. Even if greater pipeline capacity is reduced due to quality and transport challenges, and comply with the requirements of a greener society, new projects will remain uneconomic under the SDS, and therefore the appropriateness of such pipeline projects should be reconsidered.

The analysts highlighted that the scenarios used in the report still fall short of the Paris Agreement target to limit global warming to 1.5˚C. The analysis showed that the first scenario, the SDS limits warming to 1.7-1.8˚C and the second scenario, Beyond 2 Degrees Scenario (B2D2), to 1.6˚C.

The report stated that ‘investors in oil sands face depressed cash flows in a low carbon world of falling oil demand and weak pricing, but will be forced to produce or pay the price due to inflexible “take-or-pay” transport fees for excess new pipeline capacity’.

Furthermore, the Canadian government’s stakes in Keystone XL and Trans Mountain could rely on public tax money, which would be far better spent on environmentally friendly and sustainable projects.

Canada’s leadership position on the climate crisis may be subverted by its support for projects reliant on the failure of the Paris Agreement, indicating that the country’s aspiration of complying with the Paris-aligned world is doubtful.

Evidently, there remains a divide between environmental motivation and monetary incentives- such that people tend to perceive the two as mutually exclusive. However, if a global, widespread effort is made towards shifting to a greener economy, then the two will inevitably go hand-in-hand. Without this shift, a limbo between wanting to mitigate the climate crisis and wanting to ensure financial stability will continue to prevail. Because of how vulnerable it is to global warming, it is certainly in Canada ’s best interest to divest from use of fossil fuels and instead invest in projects that will green the economy while ensuring profitability.