How the Maldives is Saving its Coral Reefs 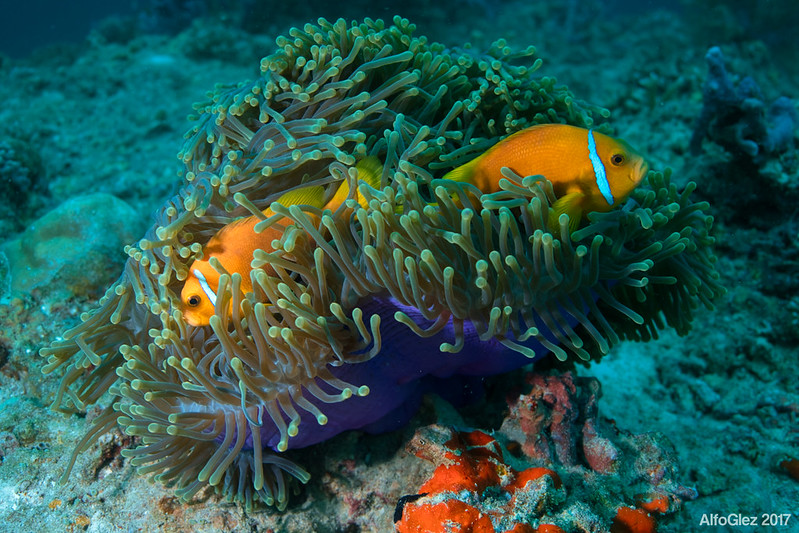 The climate system is holistic, meaning that in the current climate crisis, the issue of global temperature increase causes other problems, such as ocean acidification, biodiversity loss, and negative mass balance of glaciers. A concern of climate scientists is the impact that ocean warming has on ocean ecosystems, especially ones of high biodiversity value, such as coral reefs. A less observed area of coral reefs affected by ocean warming is that in the Maldives. For an island that revolves heavily around the health of its coral reefs, how can the Maldives protect them from the effects of the climate crisis?

Coral reefs in the Maldives are subjected to climatic and anthropogenic pressures. Anthropogenic pressures come in the form of overfishing, tourism activities such as diving, poor waste management systems on certain “community islands” – islands that are primarily residential and not used for tourism –  as well as dredging, land reclamation and beach nourishment (a process in which sand lost from wave deposition is replaced from other sources), which are done extensively in the Maldives according to the Maldives Underwater Initiative (MUI), a private advocacy group based at a resort/ research centre in Laamu.

In terms of climate, ocean warming is the main pressure on the local reef systems. The ocean acts as a “sink”- a natural source, such as oceans, peatlands or forests, that absorbs quantities of carbon dioxide, or in this case, heat. The International Union for the Conservation of Nature (IUCN) states that “the ocean absorbs vast quantities of heat as a result of increased concentrations of greenhouse gases in the atmosphere, mainly from fossil fuel consumption,” as GHGs trap incoming radiation in the Earth’s atmosphere, causing the climate to warm. The Fifth Assessment Report from the Intergovernmental Panel on Climate Change (IPCC) found that the ocean has absorbed more than 90% of the excess heat generated from GHG emissions since the 1970s.

While sinks sound like the solution to all our climate problems, they have a limited storage capacity. In terms of ocean heat absorption, known as ocean heat content, the maximum quantity of heat it can absorb without undergoing any physical or chemical changes has been surpassed, resulting in the sea surface temperature (SST) and ocean acidification we see today. Moreover, as the ocean is so large, the response time is often delayed, so despite the predicted plateau of GHG emissions this decade, increases in ocean heat content show no indication of slowing down. In turn, this has impacts for sea-level rise, sea ice loss, and coral bleaching, with the latter being the greatest ecological concern in the Maldives.

When SST, for the majority of coral reefs are at shallow depths, is too warm, coral bleaching occurs because it causes the corals to expel the symbiotic algae (zooxanthellae) living within their tissues, causing the coral to turn completely white. The coral is not dead but is under stress, but is subject to increased chance of death. Temperature is not the only thing that can cause this; changes in light availability, nutrients or pH can also cause bleaching. In the Maldives, however, SST increase is the main driver.

The SST in the Maldives records an average of 28-30°C, but can vary across the island ecosystem. Over the last two decades, the SST of the Maldives has begun to increase beyond the resilience of local coral reefs. In the pre-2000s, there were seven bleaching events in the Maldives: in 1977, 1983, 1987, 1991, 1995, 1997 and 1998 with the last being the most severe. In 1998, over 98% of shallow water corals died during the bleaching event that was caused by unusually high SST during an El Niño event.

Bleaching events have continued throughout the 2000s, the most devastating being the recent 2016 mass bleaching. In their report on the event, the IUCN states that ‘the 2015-2016 El Niño weather phenomena and associated sea surface temperature anomalies in 2016 caused one of the largest recorded episodes of mass bleaching in the Maldives’. In 2016, on exposed outer reefs, SST reached a maximum of 32-33°C, while lagoonal reefs reached 35°C and higher, an estimated 1-2°C higher than average. The 2016 bleaching event affected around 70% of corals across the country. Data from the National Oceanic and Atmospheric Administration (NOAA) shows that the Maldives is often placed on Alert Level 1 or 2 for coral bleaching during March and April every year.

While it is not guaranteed that each year will succeed the next in SST increase or bleaching extent, the overall trend is that SST in the Maldives is increasing, which is predicted to result in more bleaching events. However, the recent recorded resilience of the coral reefs has given hope to scientists and conservationists in the region.

Following the 2016 event, both governmental and private institutions and organisations have implemented action plans. The most salient element to these plans was the need for more intense monitoring of reef systems, as championed by the MUI, located at Six Senses Laamu, which acts as a tourist resort and research centre. Immediately following the 2016 event, they initiated regular bi-annual species surveys of the reef surrounding the facility and around proposed protected areas to help create a designated network of marine protected areas. They also monitor light and temperature at various depths around Laamu’s house reef and use photography to monitor coral recovery.

With the data collected from the monitoring project, a few solutions to assist with reef recovery have been devised. Initially, the MUI trialled a Coral Nursery Project, in which they planted 180 Acropora and Pocillopora coral colonies from their mid-water rope nurseries onto the house reef, which was supported by continuous monitoring to assess coral health. However, they emphasise that more research is needed on attachment, bleaching and growth of their first batch of nursery-grown corals.

A more technical method called coral micro-fragmentation, developed by Dr David Vaughan, has shown great promise. The technique involves cutting coral into tiny pieces which stimulates rapid growth and placing fragments of the same colony close together, encouraging them to fuse, which can result in growth rates 25-50 times faster than the natural rate. However, while rope nurseries, as mentioned above, and biorock methods are more common, micro-fragmentation is yet to be trialled in the Maldives.

Encouragingly, in March 2019, coral specialists Dr Vaughan and Shidha Afzal found promising signs of natural recovery at Laamu, suggesting that additional intervention such as micro-fragmentation is not needed. They suggest, however, that the technique be applied to Olhuveli Island’s coral reefs, and that resources be invested into establishing more thorough monitoring schemes across the Maldives.

The future for coral reefs in the Maldives is hard to predict. While climate change models predict increases in SST, models contain their own uncertainties, meaning the extent to which coral reefs are threatened is hard to determine precisely. Efforts to reduce GHG emissions cannot waiver, as this is essential in reducing the effects of ocean temperature increase. However, the noted resilience of coral reef structures following the 1998 and 2016 mass bleaching events shows promise, but the key now is to reduce the other anthropogenic and natural pressures they face to ease recovery. If these systems can be supported by thorough protection, monitoring and recovery strategies, reef systems will have the best chance for survival in a warming world.