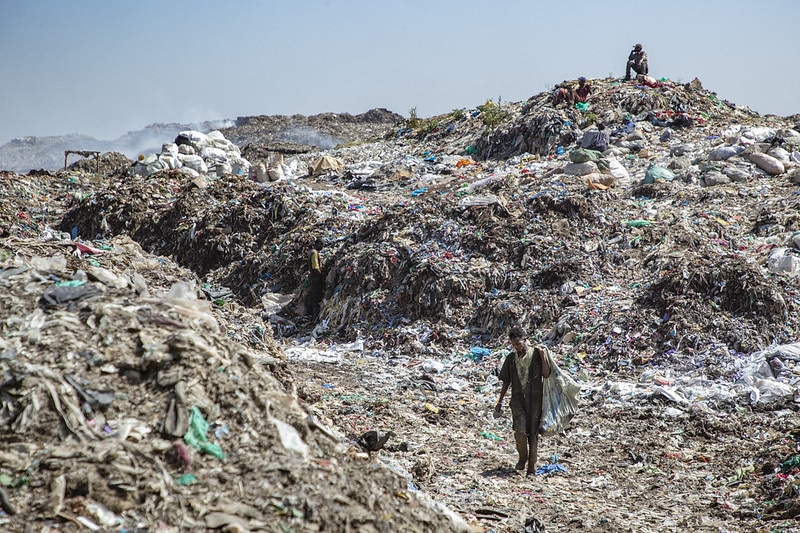 The landmark UN plastic pollution resolution will address and set out internally legally-binding rules for plastic production, design and disposal.

The United Nations Environment Assembly has approved a landmark resolution to establish the world’s first international treaty on plastic pollution, describing it as the most significant multilateral environmental agreement since the 2015 Paris Agreement.

“Against the backdrop of geopolitical turmoil, the UN Environment Assembly (UNEA-5) shows multilateral cooperation at its best,” said President of the Assembly, and Norway’s Minister for Climate and the Environment, Espen Barth Eide. “Plastic pollution has grown into an epidemic. With today’s resolution we are officially on track for a cure.”

Heads of State, environment ministers and other representatives from 175 nations have gathered in Nairobi, Kenya over the past three days to discuss global environmental policies and the development of international law. Addressing global plastic pollution was at the top of the priorities list.

Plastic pollution around the world has soared from two million tonnes in 1950 to 348 million tonnes in 2017. It is projected to double the amount by 2040. This exponentially growing environmental issue not only harms public health and contributes to air pollution – from open burning of plastics – but rising plastic production and its associated greenhouse gas emissions undermine climate goals to cap global warming to under 1.5C.

Marine animals and ecosystems are also some of the biggest victims of plastic pollution, where more than 800 marine and coastal species are impacted through ingestion, entanglement, and other dangers. About 11 million tonnes of plastic waste make its way into the ocean each year, which is on track to triple in less than 20 years. 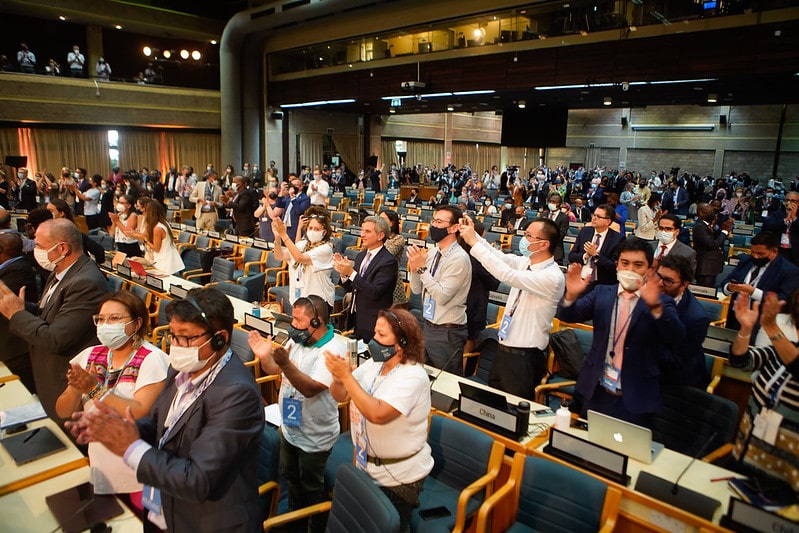 Applause all around the house as the resolution on plastic is passed. Image by: UNEP/ Cyril Villemain

The UN Environment Assembly said that the international plastic treaty would address the full lifecycle of plastic, including its production, design and disposal. It would also reflect the “diverse alternatives” to plastics such as reusable and recyclable materials, and the need to enhance international collaboration to facilitate access to technology. For now, the UN body will need time and work to set out legally binding rules, and aims to complete and finalise by the end of 2024.

Though the UN Environment Programme adds this does not grant stakeholders time to pause in the meantime, and that the UN agency will continue to work with nations and businesses to shift away from single-use plastics and achieve a new circular economy.

A growing number of countries have already put in place legislation on single used plastic bags, including the entire EU bloc and India, and the UN encourages more nations to follow suit.