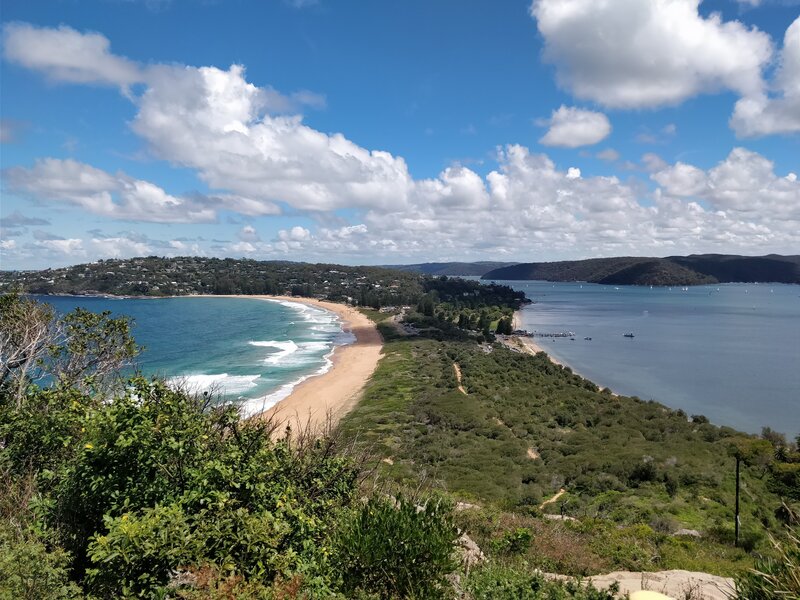 Covering a swath of ocean larger than Peru around coral reefs, golden beaches and rocky atolls in north Hawaiʻi, Papahānaumokuākea Marine National Monument is one of the world’s largest marine protected areas — and the biggest in North America. This UNESCO World Heritage Site is home to endangered Hawaiian monk seals (Monachus schauinslandi), two dozen species of whales and dolphins, and green sea turtles (Chelonia mydas), among thousands of other creatures. Even as countries fall well short of meeting a UN goal to protect 10% of the world’s oceans by the end of this year, marine protected areas (MPAs) like Papahānaumokuākea show what effective conservation can look like, said Aulani Wilhelm, who worked to build and manage the MPA as an official with the U.S. National Oceanic and Atmospheric Administration.

“The stability of the ocean drives the stability of all living systems on the planet,” Wilhelm, now a senior official with the NGO Conservation International, based in Hawaiʻi, told Mongabay. “It’s about making enough of the ocean function as close to its natural state as possible to lend resiliency to the ocean — and planet. That’s why MPAs are a critical point of the conversations countries need to be having about the future.”

Created in 2006 and then expanded in 2016, Papahānaumokuākea prohibits large-scale extractive activities within its waters, such as industrial fishing and deep-sea mining. Some recreational fishing is allowed, along with Indigenous Hawaiian cultural practices and scientific research.

These protections should allow coral reefs to regenerate and increase the amount and diversity of fish and birds in the MPA and surrounding waters, while still allowing some local people to make a living from small-scale fishing or ecotourism, conservationists said.

As the COVID-19 pandemic underscores the need to better manage humans’ relationships with the natural world, and climate change accelerates ocean habitat loss, the urgency to build new and more effective MPAs has never been higher, said Liz Karan, who directs a project to promote establishing MPAs in international waters for the U.S.-based Pew Charitable Trusts.

In 2010, the international community pledged to protect 10% of the oceans by the end of 2020, under the auspices of the U.N. Convention on Biological Diversity (CBD). The convention now has 196 parties; notably the U.S. is not among them.

About 7.6% of the oceans, an area the size of North America, is now covered by MPAs, according to the U.N.’s Protected Planet database.

Other research paints a more conservative picture. The Marine Protection Atlas, an initiative of the Seattle-based nonprofit Marine Conservation Institute, puts the figure at just 6.4%, counting only MPAs that have been legally designated and not just proposed or pledged.

It also points out that not all MPAs are created equal: Fully or highly protected parks that permit little or no fishing and other human impacts cover just 2.6% of the world’s oceans, and lightly or minimally protected parks cover 3.2%. These less-protected MPAs sometimes allow disruptive activities like mining, hydrocarbon extraction and industrial fishing. Perhaps unsurprisingly, the atlas notes that stronger protections tend to yield greater conservation benefits.

Any way you count it, the goal of 10% ocean protection by 2020, driven by the CBD’s Aichi Target 11, hasn’t been met, scientists said.

“We were close, but we are still not there,” Carlos Gaymer, a marine biologist at the Catholic University of the North in Coquimbo, Chile, told Mongabay. “There are so many economic and political interests for using the ocean that it’s difficult.”

Even so, Gaymer said he is still optimistic on ocean conservation, as public awareness of the issue has grown along with the amount of ocean under protection.

The area covered by MPAs has more than doubled since 2010, to cover more than 27 million square kilometers in 2020, according to Protected Planet. From vast swaths of the Pacific Ocean around the Cook Islands, to sanctuaries surrounding Ecuador’s biologically crucial Galápagos Islands, more than 17,000 MPAs have sprung up globally.

Conservationists are now pressing for the adoption of a more ambitious new goal at the next CBD meeting: protecting 30% of the ocean by 2030. The meeting, slated for this past October, was postponed until 2021 due to the pandemic.

That’s a big ask, but the science indicates it’s necessary to preserve ocean health, according to Karan from Pew. “In terms of straight up spatial area, I am reasonably optimistic it could be achieved in this time frame,” she said. “There is a lot of momentum around the 2030 target.” 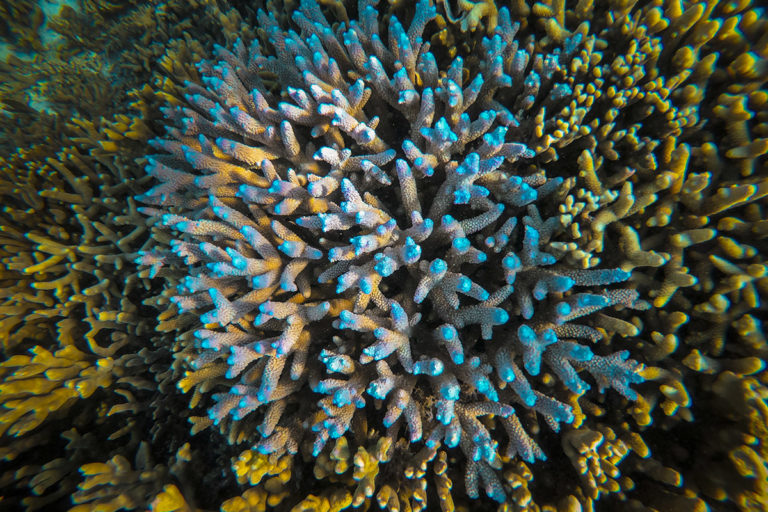 Healthy coral in the Great Barrier Reef. Image by Jonas Gratzer for Mongabay.

More Fish in the Sea

MPA proponents say one of the key benefits of expanding and improving protected areas is augmenting fisheries.

Increasing the size of the global MPA network by just 5% could improve future fish catches by at least 20%, according to a study published online in October in the journal PNAS. This expansion would generate more than 9 million metric tons of additional food annually, compared to a business-as-usual scenario with no additional protection, the researchers found.

In other words, protecting more of the ocean now means more food for a hungry planet in the long term. “Our work demonstrates that a global network of MPAs designed to improve fisheries productivity can substantially increase future catch, enabling synergistic conservation and food provisioning,” the researchers wrote.

The study underscores a central problem for the development of MPAs. Fishers and members of other maritime industries often oppose creating new MPAs for fear of jeopardizing their livelihoods. In the U.S., for instance, the fishing industry came out in November strongly opposing a proposal to adopt a national 30% goal.

Breaking down this dichotomy is crucial for conservation projects to succeed, MPA proponents said.

“The problem with fishing is the tragedy of the commons idea — everyone rushes to catch as much fish as possible so the other guys don’t get it,” said John Bruno, a marine ecologist at the University of North Carolina at Chapel Hill.

“MPAs not only protect and restore those fisheries, but they give us a sense of what things are supposed to look like. They’re like a window into the past, which is astounding, even for scientists like us,” Bruno said.

However, even proponents of MPAs acknowledge they are not always as effective as they could be. Along with the goal of expanding MPAs, the current U.N. target calls for them to be well protected and well connected.

“In many cases, we have no idea whether that’s really happening,” said Gaymer, the Chilean marine biologist.

The vast majority of new, large protected areas are concentrated around remote, unpopulated areas and islands, he said, whereas the percentage of MPAs covering populated coastal areas is far lower. Moreover, he said, the CBD target calls for protected areas to be broadly representative of a country’s ocean ecosystems.

“That’s where Chile has the first challenge — reaching ecological representativity,” Gaymer said. His home country greatly expanded protections in the past decade and now has 41% of its waters designated as MPAs, according to the Marine Protection Atlas.

Then there’s the question of quality. Designating a swath of ocean as a protected area isn’t terribly difficult for countries to do, Bruno said. Far harder and more expensive is making sure the MPA is actually monitored, enforced and effective in preserving marine life, he added.

There’s a term for an MPA with no real enforcement: a paper park. “It drives scientists crazy,” Bruno told Mongabay. He and some other scientists are concerned over how CBD goals impact government and NGO priorities. He said they can lead to a race to declare new protected areas, “rather than the hard work” of maintaining effective MPAs: buying boats, paying for salaries so they can patrol and monitor the area to ensure it actually protects marine life and ecosystems.

“It’s not glamorous and we don’t see headlines in the New York Times from doing that. But it’s the work that has to be done to see some benefit,” he said.

“All the rest are finishing or starting their process of management planning,” he said. “Some haven’t even started. We still have a long way to go.”

And despite its strict protections, the Great Barrier Reef park is virtually defenseless against climate change-induced marine heat waves that have killed much of its famed coral in recent years.

Toward Protecting the High Seas

While countries working to meet the goal of 10% marine protection are mostly focused on their exclusive economic zones, which extend 200 nautical miles, or 370 kilometers, from the shoreline, two-thirds of the world’s oceans aren’t controlled by national governments.

These areas, the high seas, account for 90% of available habitat for life on Earth, and up to $16 billion in annual fisheries catch, according to an article in the journal Nature. Only 0.5% of high-seas waters are protected from commercial exploitation.

Establishing protected areas on the high seas is tougher logistically; they’re basically a legal no man’s land. But negotiations to establish a new legal process to do so were underway at the U.N. before the pandemic hit. “We are hoping those negotiations can come back on track in 2021,” Karan said.

This article was originally published on Mongabay, written by Carolina Chris Arsenault, and is republished here as part of an editorial partnership with Earth.Org.