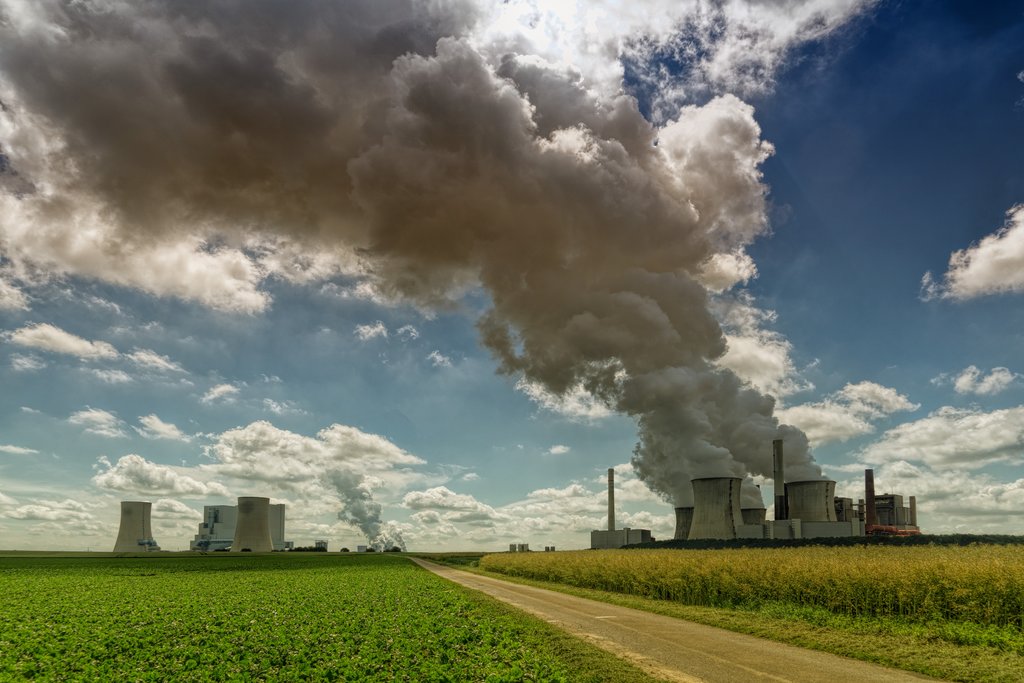 Indonesia, the largest economy in Southeast Asia, is projected to see its demand for electricity double in the next ten years. In an attempt to accelerate its economic development, the country is likely to remain heavily dependent on cheap and plentiful coal to meet its soaring electricity demand, which will further accelerate the warming of the planet.

Indonesia relies mainly on fossil fuels for its energy supply, with coal accounting for almost one-third of its energy sources, and oil and natural gas accounting for 42% and 16% respectively, according to a 2017 report from the International Renewable Energy Agency (IRENA). The use of coal has steadily risen since the turn of the century and is predicted to rise further in an effort to boost the country’s economy.

Just last year, Indonesia saw ten coal-fired power plants begin operations with a total capacity of 3 GW, making up almost three-fourths of the new power generation in 2019. Among the newly-launched plants is the largest coal-fired power unit, called Java 7 Unit 1, which has a capacity of 1 GW.

These new coal plants, critics pointed out, offset the nation’s renewable energy growth efforts. The capacity of the Java 7 Unit 1 alone is nearly three times greater than the 376 MW worth of green energy plants launched last year. Java 7’s second unit, also with a capacity of 1 GW, is set to come online next year.

Coal doesn’t appear to be disappearing anytime soon. Indonesia plans to add 27 GW worth of new coal-fired power plants by 2027. The expansion of coal plants would mean additional greenhouse gas emissions, polluting the air and exacerbating the climate crisis.

Climate change is of particular significance to Indonesia: its massive coastal population is particularly at risk to sea level rise and the livelihoods of many people depend on agriculture and fishing, which is impacted by temperature changes and water availability. Researchers have found that the climate crisis is causing intensified dry seasons and thus water scarcity in Java, the nation’s most populous island and the economic center. Additionally, a recent study from the Maritime Affairs and Fisheries Ministry reported that in the past 15 years, Indonesia has lost almost 2 hectares of coastal area due to rising sea levels. Among the worst affected areas is the northern part of Java Island.

Roughly 23 million people living in the coastal regions, including the densely populated capital city, Jakarta, are at risk of losing their home by 2050 due to the rising sea levels, according to a study from the US-based Climate Central. The government is now relocating the capital city from the sinking Jakarta to Borneo, a move that aims to ease Jakarta’s burden as the center of government and economy.

The Indonesian government has acknowledged the urgent need to cut its coal dependence. However, the country- the world’s fourth largest coal producer after Kazakhstan, South Africa and Russia- is still struggling to do so, mostly because coal is a reliable means to boost the economy.

It is a common problem in developing countries to have to prioritise either the economy or the environment. “These countries are going to utilise all kinds of energy,” Indonesia’s Energy and Mineral Resources Minister Arifin Tasrif said in an interview. “So allow us to develop our country.”

In order to achieve its green energy commitments under the Paris Agreement, Indonesia needs to end its coal addiction, ending the construction of coal plants and phasing out coal power by this year, a study shows.

Environmental organisations have warned that the massive coal expansion- which has been financed by major economies, like China, Japan and South Korea- may lead to an energy crisis, which may see the country running out of coal by 2030 and becoming an energy-importing country.

There’s also a substantial risk of those existing coal plants becoming stranded assets (prematurely retired coal plants due to their high operating costs). Under a scenario in which coal power will be phased out in a manner consistent with the goals of the Paris Agreement, Indonesia is at risk of losing $35 billion ‘in the next decades’ from these stranded assets.

To avoid these risks, Indonesia should accelerate its energy transition to renewables, exploring and developing alternative fuels, like geothermal and solar power. Unfortunately, renewable energy has yet to show a significant uptake: last year, the country had 12.36% renewable energy in its electricity production mix, far below its 17.5% target. The country voluntarily set itself the target of achieving 23% renewable energy use by 2025, and 31% by 2050.

However, there are signs of hope. At least 35 renewable energy projects with a capacity of 834.71 MW are entering construction with a commercial operation target of between 2019 and 2021. Indonesia is also planning to replace old coal plants with renewable energy and introduce a regulation on renewable energy to attract foreign investors. Those moves can increase the share of renewables in its power mix.

As a country that emits significant amounts of greenhouse gases because of deforestation, peatland megafires and coal consumption, Indonesia needs to work to stick to its emissions reduction targets while continuing to develop its economy. If the mission is successful, Indonesia can set an example for other developing countries that it is possible to decouple economic growth from greenhouse gas emissions.