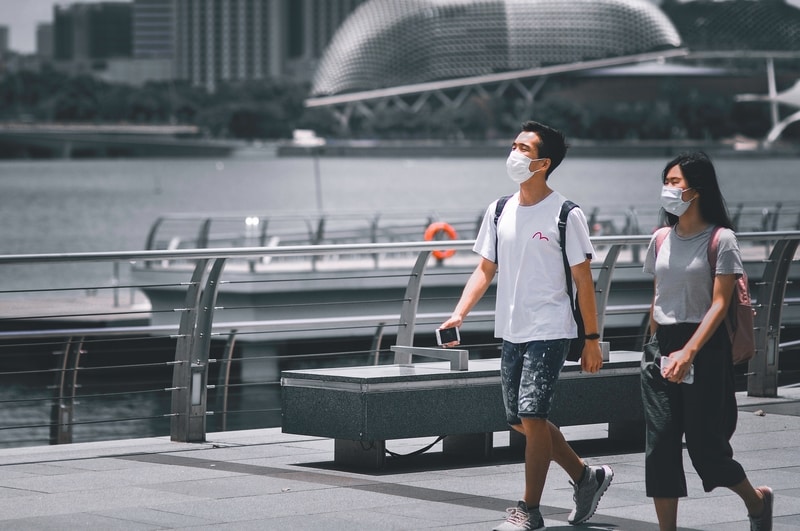 How can we learn from our response to COVID-19 to tackle other crises, such as the climate crisis? The virus has generated one of the most coordinated and wide-scale international responses to a global health crisis. €15 billion has been raised by the EU’s Coronavirus Global Response fund since May, which also includes countries outside of the EU such as Canada, Japan and Saudi Arabia. Governments across the globe are showing their capacity, both financially and politically, to unite in the face of crisis. The gathering and processing of information, such as through “big data” approaches, as well as approaching the crisis with the right mindset, have been crucial in tracing and tackling the virus, and it is these techniques and mindsets that must be similarly used in the fight against the climate crisis.

Where and why have some countries succeeded where others have failed in their COVID-19 response? Key to the successes of managing any crisis is the availability and accuracy of information. While raw statistics such as cases and fatalities are vital towards impact assessment, the amount and accuracy of data are also key to running projections and making predictions to better inform policy-makers on their responses. In this regard, “big data” approaches have proved essential towards gathering this data, and some of the success stories in the fight against COVID-19 could not have been possible without its usage.

While there is no universally agreed upon definition, big data approaches are characterised by the sheer volume of data gathered, for example, Walmart collects more than 2.5 petabytes of ‘raw data’ from its customers’ transactions every hour. For comparison, an old MacBook Air holds 128 gigabytes of memory space, which means Walmart is collecting around 20 000 MacBook’s worth of information every hour from its customers.

Instead of hunting for specific data during the process of data collection itself, as much raw data as possible is acquired and then analysed afterwards in order to find the desired information and patterns. This availability of large data sets allowed scientists to quickly identify the key clinical characteristics of the coronavirus through analysing patient data in Wuhan, as well as formulate predictions for the spread of the virus which proved to be accurate.

Taiwan’s quick and effective response to COVID-19 also owed much of its success to its data collection capabilities. Taiwan’s National Health Insurance Administration (NHIA) had the data infrastructure in place to identify high-risk individuals (such as those who recently travelled to affected areas, or had underlying conditions) and track them through their mobile phones and GPS technologies. Data on the patient’s travel histories was also made available to all hospitals, clinics and pharmacies across Taiwan. This helped with resource allocation, such as ensuring protective equipment went to places most in need, as well as making sure Taiwan’s aggressive testing process was more efficient by testing the people most likely at risk.

In contrast to Taiwan, another country that was hit by the coronavirus but did not achieve as much success in their response was Italy. A key obstacle for Italy’s response was their initially limited data collection and dissemination, as their healthcare system is decentralised as per their constitution. This could be responsible for the virus circulating unnoticed within the country for a period upwards of four weeks before the initial outbreak, as experts now suggest.

Additionally, this may have allowed for confirmation biases to form within decision-makers, as there was not enough data to ‘paint’ a clear picture of the situation, so people could interpret the data in ways which suited their biases. This led to some countries, Italy included, underestimating the virus and generating a lacklustre response from decision-makers for fear of over-reacting. In Italy’s case, because authorities initially only locked down the northern parts of the country, the panic caused many Italians to travel to the south of the country, spreading the virus in spite of the lockdown.

With regards to the climate crisis, big data approaches have allowed us to more accurately assess the impact of the climate crisis, such as tree cover loss and global temperature increases. Experts believe that big data systems could also result in more effective climate adaptations by better understanding human behaviours, resulting in better vulnerability assessments. Other researchers have used big data approaches to analyse perceptions on climate change on social media, which could help formulate better risk communication strategies.

While the data is there, reactions towards the imminent threat of the climate crisis has not changed much. Data helps us gain a clear picture of the problem, but how we respond to the data is how we respond to the problem. In this regard, trust in information, among both policy-makers and the general population, is equally as important as the accuracy of the information.

One of the ways trust is reduced is when there is an overload of information regarding a problem or crisis, some of which is unverified, which fuels further mistrust and speculation. Especially in the age of the internet, spreading of information is easier and more far-reaching than ever, and false or unverified information gets spread along just as easily as real information. Tehe WHO has described this phenomenon as an “infodemic”, and has since become one of the priorities of the WHO in addressing COVID-19.

A way to avoid this problem would be to legitimise certain information through official sources and institutions. In Taiwan’s case, the Office of the President made regular broadcasts which supported the data regarding the seriousness of the threat, fighting disinformation as well as legitimising the right sources. However, this method of fighting disinformation still hinges on public trust in the authorities and official institutions themselves.

Placing more emphasis and importance on the role of data could result in a more objective and informed response towards the climate crisis, as it has for Taiwan during the COVID-19 crisis. While the accuracy and availability of data is steadily being improved with technological innovation, data can only be effective if accompanied by a proactive mindset that also responds properly to it. Therefore, it needs to be delivered in a manner that reduces misinformation, negates bias and reinforces trust among both decision-makers and the general public.

The most important thing that the COVID-19 response can give towards tackling the climate crisis is the opportunity for us to learn from it and change our mindsets regarding how we respond to information, and therefore how we manage crises when they come.