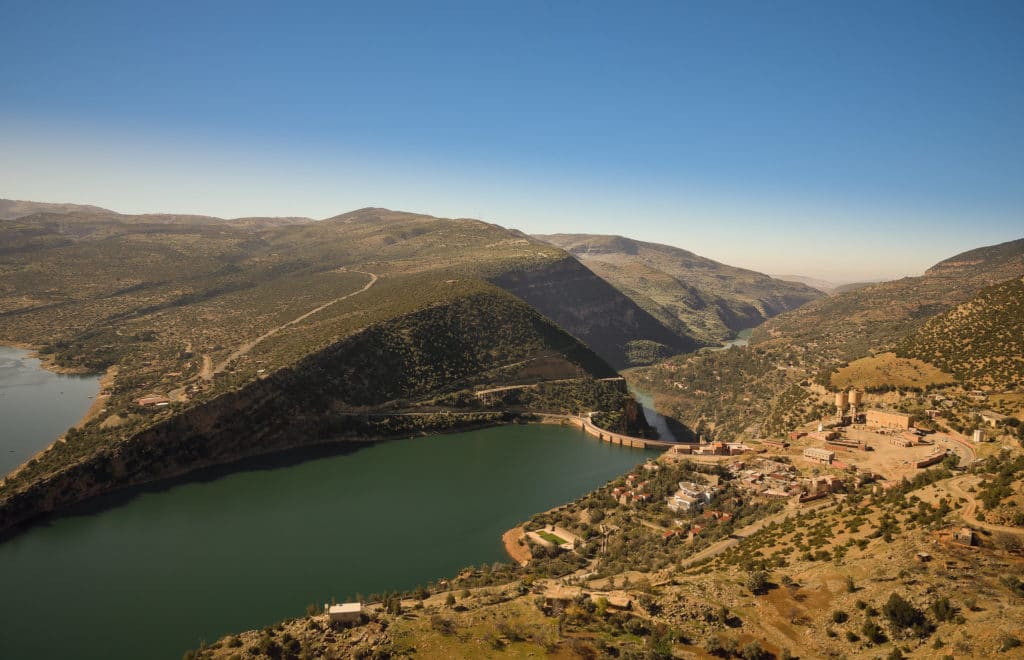 Tidal energy is a growing renewable, clean, and environmentally friendly energy source that produces far fewer greenhouse gases than fossil fuels such as coal and oil. Moreover, its high predictability and elevated power output are also among the advantages of tidal energy. In this article, we examine what tidal energy is, its advantages and disadvantages as well as the future trends of this still unpopular but highly promising renewable energy source.

What Is Tidal Energy And How Does it Work?

Tidal energy is a form of power produced by the natural rise and fall of tides caused by the gravitational interaction between Earth, the sun, and the moon. The potential or kinetic energy of tide movement is captured and converted into electricity. This energy is renewable, derived from natural sources that are replenished at a higher rate than consumed, creating far less greenhouse gas emissions than burning fossil fuels. The global potential for tidal energy is huge, estimated to be around 500 gigawatts in 2020, equivalent to about one-fourth of the world’s coal capacity at that time.

Tidal range technologies make use of the potential energy in the difference in height between high and low tides.

Tidal barrage makes use of tidal range technologies. Similar to dams or barriers, the barrage is constructed to hold a large body of water. The difference between the water height inside and outside the enclosed area will then cause water to flow from one side to the other, letting the water flow through the turbines inside the barrage, thus generating electricity. Annapolis Royal Generating Station in Canada is a power plant that used tidal barrage.

Tidal lagoons are very much like tidal barrages, except that they are not necessarily

connected to the shore and can sit within the ocean. The environmental impacts brought by the lagoons are far less than those of tidal barrages, making them an encouraged alternative to the latter. Other newly developed tidal range technologies include tidal reefs, tidal fences, and low-head tidal barrages.

Tidal current technologies – or tidal stream technologies – make use of the kinetic energy of moving water to power turbines, similar to how wind turbines are moved by air. Due to its relatively low cost and limited ecological impact, this method has become more prevalent compared to tidal range technologies.

Horizontal- and vertical-axis turbines are an example of this type of technologies. The rotors of the turbine are turned by tidal currents, oriented either horizontally or vertically. Tidal kite, best used in slower tidal flows area, is also a common tidal current technology. The kite is tethered to the seabed, flying through the water with a turbine attached below its wing to generate power from motion. With up to 398 megawatts of generation capacity, the MeyGen Tidal Energy project in Scotland is expected to be the largest tidal generating station with tidal current technologies.

Hybrid forms make use of both tidal current and tidal range technologies for electricity generation. Dynamic Tidal Power (DTP) is a recent development in these technologies. A long dam is constructed perpendicular to the coastline, with a barrier built at the end of the dam. DTP makes use of the height difference to create potential energy, while also using turbines to generate electricity. 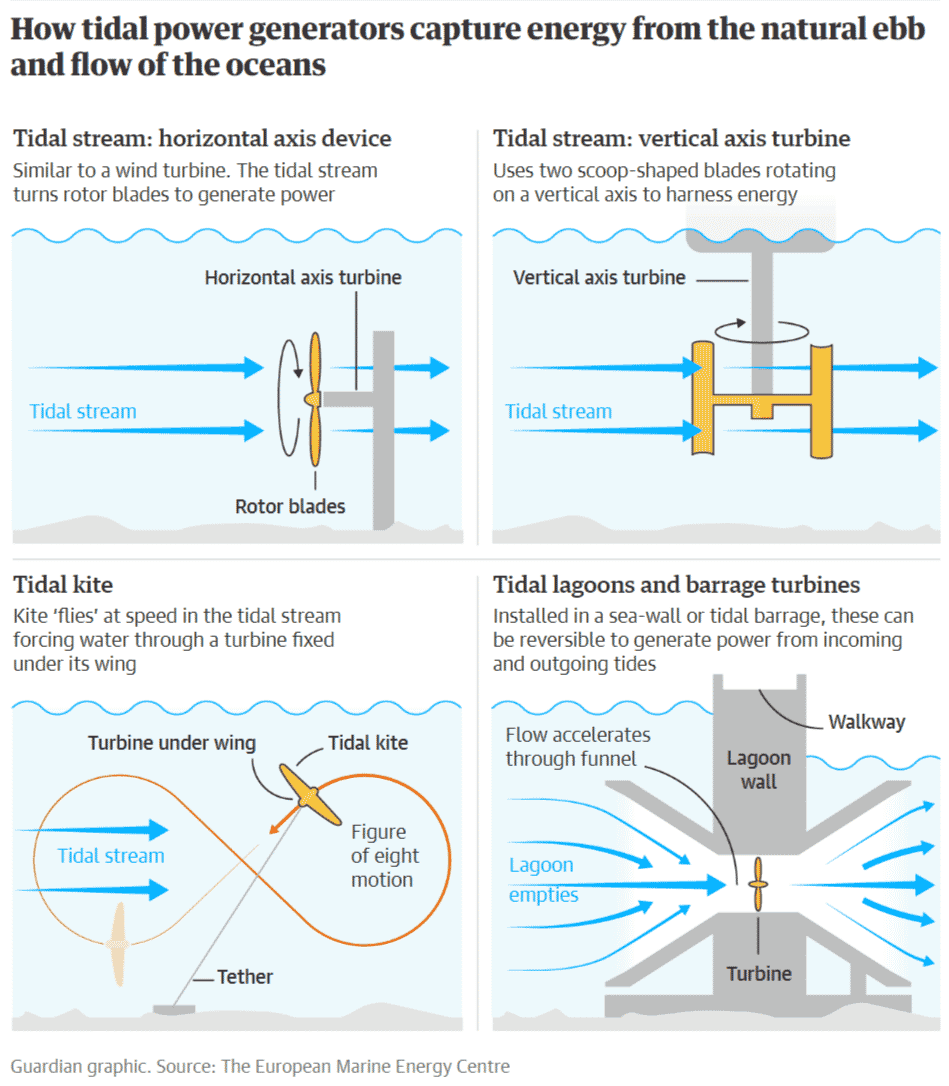 Figure 1: How tidal power generators capture energy from the natural ebb and flow of the oceans

Now that we know how energy is generated from tidal current and range, let’s examine the advantages and disadvantages of tidal energy to see if it is an ideal and feasible renewable source.

Unlike wind and solar energy – which are subject to the variability and uncertainty of atmospheric forcing – tidal energy is much more predictable and reliable. Low tide and high tide cycles are easy to forecast and rarely experience unanticipated variation. Long-term and accurate predictions of tidal currents can even be made hundreds of years in advance. In addition, tidal range is hardly influenced by weather conditions.

While tidal currents may be slightly more subjected to the impact of weather, the fluctuations are still low and steady relative to wind and solar energy. The UK had experienced a sharp decrease in wind energy in the past. As a result, wind power generated from UK wind farms fell from more than 6,000 millivolts to less than 500 millivolts within 9 days.

“Variations in wind patterns, weather, and turbulence make it ​​inherently challenging to predict (wind farms’ electricity generation) across different time scales,” said Michael Howland, Assistant Professor of Civil and Environmental Engineering at MIT, who studies the physics of the Earth’s atmosphere and renewable energy generation systems. “Tidal patterns” – he added – “are well-known and well-understood. That’s a clear incentive for using [this type of] power”.

As water is about 830 times denser than air, tidal devices capture more energy than their wind counterparts. This also implies that tidal energy is able to generate more energy per unit area than winds, taking up far less space than both solar and wind energy.

The average commercial tidal energy project costs as high as US$280 per megawatt hour, while wind energy only costs roughly US$20 per megawatt hour, according to a 2019 study from the US Department of Energy. The expensive cost of tidal power comes from the high upfront costs of building plants as well as from expenses associated with maintaining machinery that can survive corrosive seawater and engineering work. What’s more, the generating cost of other more mature renewable energy, including wind and solar power, while the costs of tidal, being a far less widespread renewable energy source, are still relatively high.

Currently, there are no plans to developed supply chains and expand this technology. Hence, costs of tidal energy are expected to remain high. More technological research is needed to identify new methods that can lower the cost.

Locations that are suitable for tidal systems are limited. Tidal energy power plants can only operate along the coastline. Tidal turbines cannot be installed in shallow water with waves-caused turbulence, nor can they be placed in deep water with a lack of current velocity. 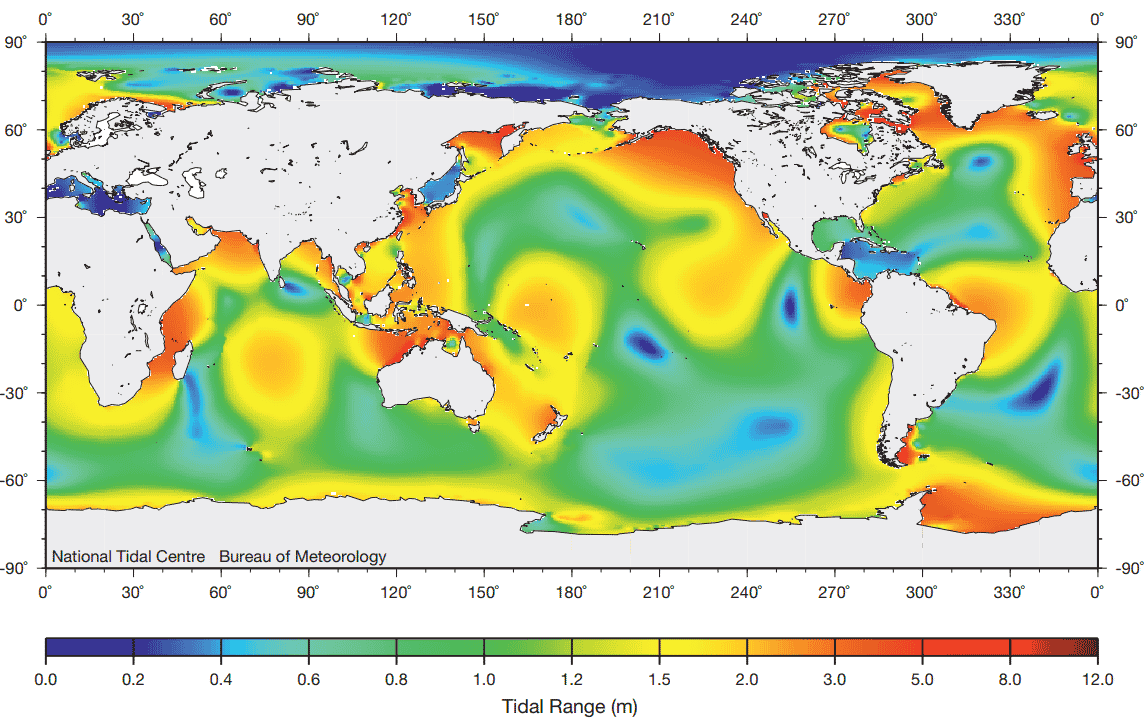 Tidal energy has both advantages and disadvantages to the environment and the overall effect on the ecosystem is still ambivalent, although this very much depends on the power plant site.

The construction of tidal power plants may pose threat to the environment. Underwater structures of the power plant may change the ambient flow field and water quality, harming the habitats of marine life. Rotating turbine blades are very likely to hurt sea creatures. Animal navigation and communication are also badly disturbed by the underwater noise produced by the turbines. Located in Canada, Annapolis Royal Generating Station has been shut down by the local authority last year due to the serious harm posed to fish.

On the other hand, tidal power plants may be beneficial to the environment. Altering of gradient that benefits aquatic ecology is found after the construction of power plants; an increase in oxygen content is often observed, indicating an improvement in water quality.

Sihwa Lake Tidal Power Station, located in South Korea, is the world’s largest tidal power station with an installed capacity of 254 megawatts. The plant, which uses tidal barrage, is able to produce 552.7 gigawatt hours of electricity annually, equivalent to 862,000 barrels of oil, and 315,000 tons of carbon dioxide, enough to support the domestic needs of a city with a population of 500,000. The power station cost a total of US$560 million, making it the world’s most expensive tidal installation to date.

The continuous circulation of water between the lake near the plant and the outer sea during the power generation process has improved the water quality. In 1998, the chemical oxygen level in Sihwa Lake was 17 parts per million but has since been reduced to 2 parts per million, indicating an enhancement in water quality. The circulation of the lake water also created a new mud flat upstream, providing new shelters for various organisms.

With an installed capacity of  240 megawatts, just a bit behind the Sihwa Lake Tidal Power Station, La Rance Tidal Power Station is the second-largest and also the first tidal power station in the world. This French power plant also relies on tidal barrage, producing an annual output of approximately 600 gigawatt hours of electricity, enough to power 130,000 houses.

During the three-years construction phase of the power plant, marine flora and fauna in the Rance Basin, located near the power station, disappeared due to heavy sedimentation and accumulation of organic matter in the basin. The ecosystem remained fragile for a decade after construction was completed. Not until 1976 was Rance Basin considered richly diversified again, with new biological equilibrium and flourished aquatic life found.

The Future of Tidal Energy

More and more tidal power plant projects are in the pipeline. The Morlais project, initiated in Wales, Britain, proposed to install turbines at what will be one of the largest tidal stream energy sites in the world, covering 13 square miles of the seabed. The project is expected to power 180,000 homes when fully operational. Other future tidal power plants include Incheon Tidal Power Station in South Korea and Penzhinskaya Tidal Power Plant in Russia.

More research on tidal technologies is needed to overcome its geographical limitation, high expense, as well as its ecological impacts. The marine energy sector in the UK is provided with US$213 million in fundings for innovation and research. US$24 million of budget are also provided to further develop tidal stream energy. Funding for technological research is crucial in overcoming existing constraints and limitations.

All in all, renewable energy will continue to be a hot topic with its increasing importance in the energy sector. While many of these clean energy are still in the development stage, there is no doubt that the only way we have to lower our emissions of greenhouse gases and reverse climate change is by transition to societies fully powered by renewable energy. 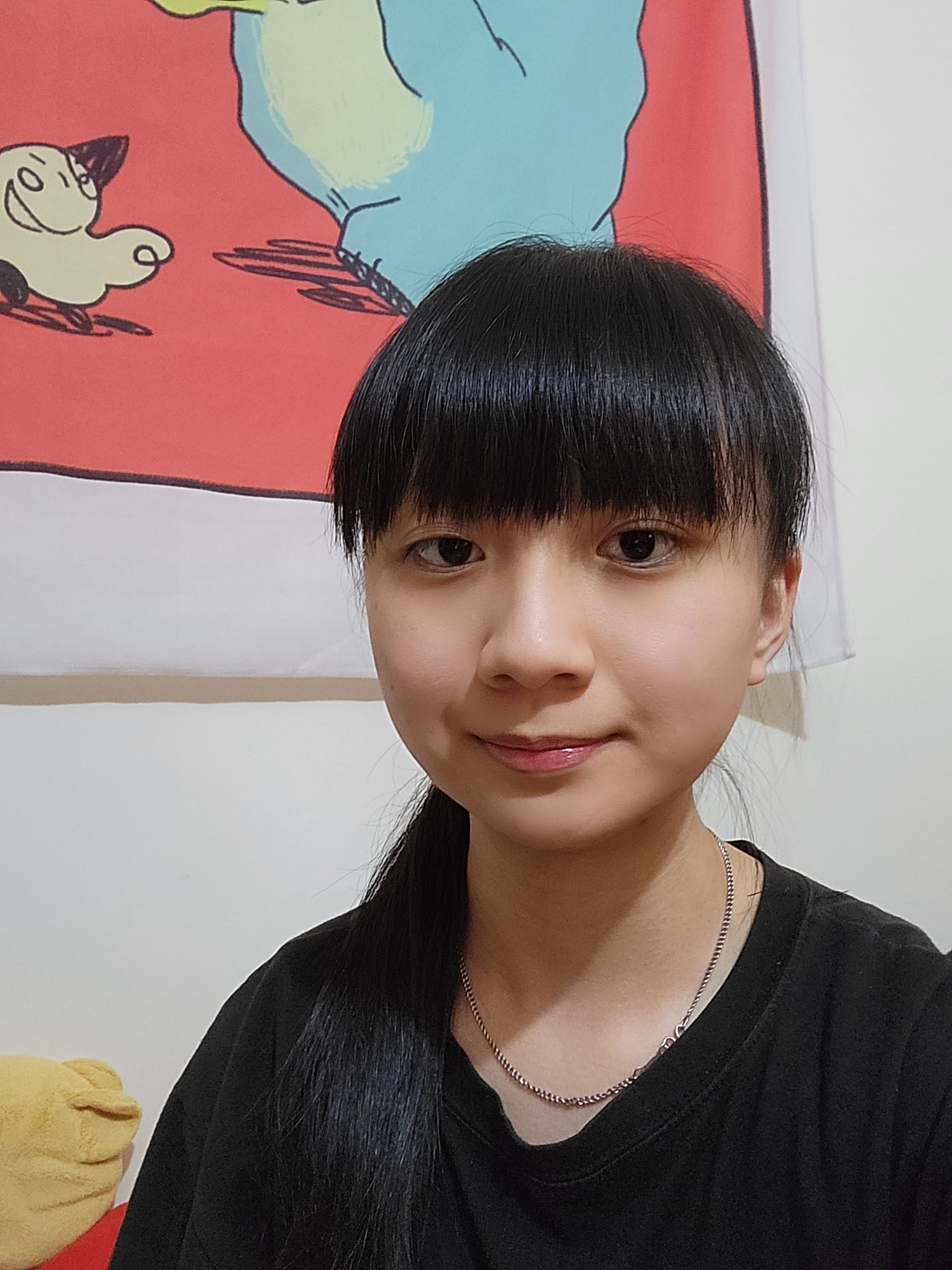 Charlie is currently an undergraduate student at the University of Hong Kong. Majoring in Economics, she is interested in how public policies can be used to solve environmental problems, and how individuals can make a difference within the scope of microeconomics. She is currently working as a contributing writer at Earth.Org. 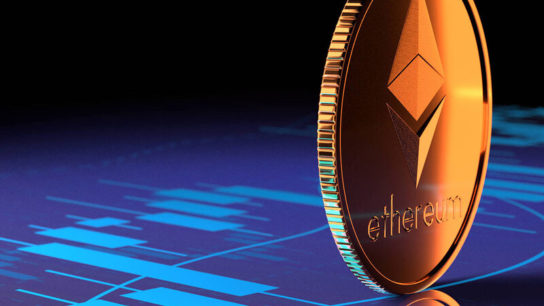 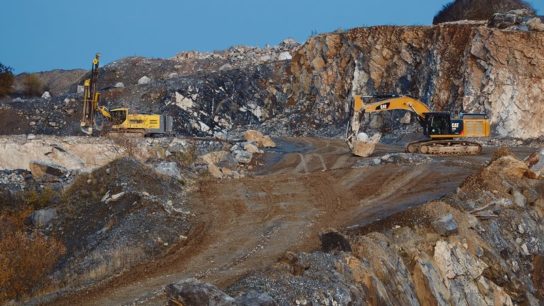