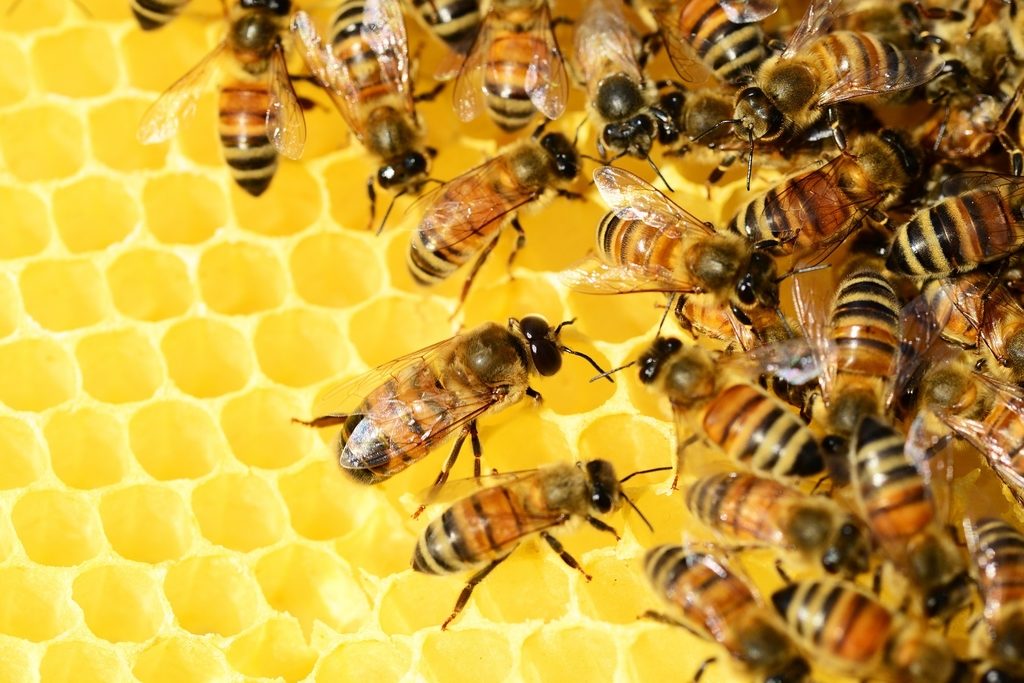 A study of global insect populations has revealed that 40% of the world’s insect species are threatened with extinction. This revelation is alarming, spelling an uncertain future at best and major ecosystem collapse at worst.

Insecticides and habitat loss are two major causes of dwindling insect numbers around the world. A habitat’s transformation- or destruction- completely uproots the ecosystems existing there, which is devastating for many organisms. Intensive agriculture has caused much of the current habitat loss, emphasising the need for sustainable farming methods. Monoculture farming creates vast fields of singular crops, which is convenient for farming productivity, but not for plants, who may get eaten in larger quantities by plant-eating insects who favour the singular crops.

These fields envelop previously thriving land and take the place of natural structures like trees and rivers. Organisms like mosquitoes are less likely to exist and reproduce in areas without bodies of water; of the four lifecycle stages they experience, three must occur in standing water sources. Aquatic insects will disappear completely; dragonflies and caddisflies have already seen considerable losses. Those that manage to find viable bodies of water must contend with pollution and oxygen loss as a result of synthetic fertilisers.

Studies of insect declines are notoriously limited, however, according to the United Nations Environment Programme, most studies focus on the US and Europe, with little information on other territories. Very few studies have tracked insect biomass over the long term. It’s also difficult to gauge the types of insects that are disappearing- much more information exists about bees and butterflies than ants, for example. Despite these limitations, it’s clear that numerous environments are facing an alarming number of insect disappearances.

The Ramifications of the Loss of Insect Populations

Insects do a lot of heavy lifting to keep the world’s ecosystems afloat. Professor Dave Goulson from the University of Sussex notes that insects ‘perform vital roles such as pollination, seed dispersal and nutrient recycling. They are also food for numerous larger animals, including birds, bats, fish, amphibians and lizards’. If one section of the food chain disappears in a given area, the entire system could collapse.

Flying insects in Germany have diminished by more than 75% in under 30 years. Researchers used Malaise traps to record the biomass of flying arthropods in protected areas and found that both endangered and safe species- such as wild bees and moths- have experienced a significant drop in numbers. Fewer bugs will cause a decline in the creatures that consume them, signaling major biodiversity loss.

Flowers and plants will experience lower pollination rates from a lack of pollinators, while invasive organisms will drive out native insects. For example, in South Africa, the introduction of aquatic predators like rainbow trout has crowded out Ecchlorolestes peringueyi, a rare species of dragonfly. The planting of exotic trees along riverbanks has further diminished the diversity of dragonfly species. As foreign animals adapt to a new environment, they often bring a cascade of adverse effects for the native ones. The invasive species may prey on the native ones and further their shrinking numbers, or they can bring more invaders, turning the ecosystem on its head.

New plants can spring up when native bugs aren’t there to eat them. A study of invasive plants revealed that they have reducing effects of 56% on animal abundance, diversity, fitness and ecosystem function across different ecosystems, animal classes and feeding types with no increasing effects.

What We Can Do

Insect-saving initiatives exist across the world for bees, butterflies and numerous other affected creatures. Homes can be made more insect-friendly through the creation of pollination gardens or the establishment of ponds for aquatic bugs. Agrochemicals like pesticides or synthetic fertilisers should be avoided. The innards of a dead tree can serve as bee habitats and on a community level, parks and community gardens should be advocated for.

Governments can help prevent insect decline as well. In Germany, a €100 million project to help protect native insects is underway, with a quarter of the money earmarked for research and monitoring. Much of the rest will go toward protecting insect habitats, decreasing disruptive light pollution and phasing out the use of the world’s most popular weedkiller, glyphosate- better known as Roundup- which often kills the native plants that insects need for survival. The United Nations has also called on governments around the world to stop biodiversity loss by protecting critical habitats and restoring damaged ecosystems.

Practical countermeasures can halt an insect extinction before it’s too late. All ecosystems should be preserved and protected to avoid collapses of those that rely on each other for survival.