The Arctic is Shifting to a New Climate: What Does This Mean? 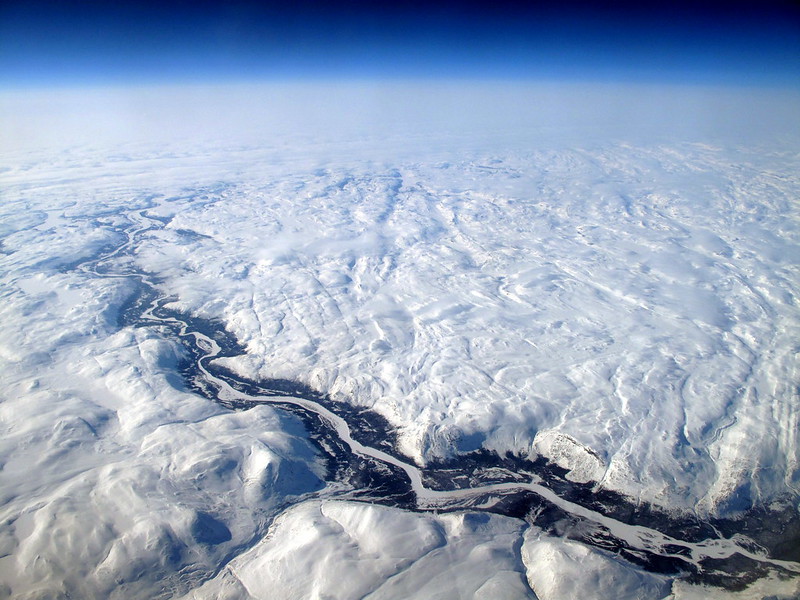 The polar regions of the Earth are known as areas of harsh weather extremes. However, in the current warming climate, we are seeing record breaking temperature spikes, rapid sea ice loss and increased rainfall compared to snow accumulation in Arctic regions, that seemingly far surpass weather variations of the recent past. In fact, a recently published study has determined that the Arctic is shifting to a new and different climate, one characterised less by ice and snow and more by open water and rain.

The study, published in Nature Climate Change in September, utilised five climate models to investigate the potential emergence of a new Arctic climate in three different factors across ocean and land: sea ice, air temperature and precipitation phase, i.e. snow vs rain. By identifying the emergence of a new climate, which has previously been seen in terrestrial systems and subpolar latitudes, it is possible to gain insight into future weather extremes, which have great importance for both the environment and the people who live there. The three factors investigated by this study are not only important indicators of a new climate but are also highly interconnected.

Arctic temperatures are rising at a rate of nearly twice the global average due to an effect known as Arctic amplification. Arctic amplification is largely attributed to the loss of sea ice as the ice plays two key roles in regulating near-surface air temperature. First, it provides an albedo feedback. Simply put, the light colour of the sea ice, compared to the Arctic ocean beneath it, reflects a majority of incoming solar radiation back into the atmosphere, preventing it from being absorbed and warming the environment. Second, its thickness provides insulation between the warmer ocean below and the cooler air above. Therefore, as temperatures rise and sea ice melts, more of the Arctic ocean will be exposed meaning more solar radiation will be absorbed by the darker ocean, causing the ocean temperatures to rise. Further, with sea ice thinning, or being lost completely, insulation provided by the sea ice decreases, resulting in increased air temperature due to its closer proximity to a warmer ocean. As air temperatures rise, the phase of precipitation changes in concert leading to rainfall replacing snowfall and an extension of the rainy season.

You might also like: Floods in Sudan Have Shone a Light on its Vulnerability to the Climate Crisis

In order to classify the emergence of a new climate for any of these three factors, researchers needed to characterise twentieth century climate and compare it to observed and simulated twenty-first century climate to determine if the extreme changes occurring are a result of climate change, and thus a new climate, or if they fall within natural internal variability. While the problem seems straightforward, coming to a solution is anything but. Observational data in the Arctic is sparse and is sourced largely from the modern satellite era, beginning in 1979, which itself was a period of drastic change in the Arctic. Further, limited records also suggest a period of warming and sea ice loss during the 1950’s, making it extremely difficult to characterise twentieth century Arctic climate. Yet, using a multi-model, the study was able to robustly characterise the past Arctic climate and simulate the twenty-first century climate using the representative concentration pathway (RCP) 8.5 scenario put forward by the Intergovernmental Panel on Climate Change, commonly referred to as the ‘worst case scenario’ or ‘business as usual’ projection for greenhouse gas concentration in the atmosphere.

The study concludes that the Arctic is already transitioning from a cryosphere-dominated system, with the average extent of sea ice in September, the time of year when sea ice extent is at its minimum, having decreased by 31% from the beginning of the satellite era (1979 – 1988). Further, they report a new Arctic climate of sea ice as having already emerged, beginning in the late twentieth century to the beginning of this century.

Using the RCP 8.5 scenario, all five models simulate a completely ice-free summer by 2100 with air temperatures exceeding those of lower latitudes. Daily fall-winter temperatures are also projected to increase by 16 – 28 °C for most of the Arctic Ocean. Lastly, rainfall will replace snowfall with an extension of the rainy season by 2 – 4 months. This new Arctic climate and the predicted changes set to accompany it will take a heavy toll on both the ecosystem and people who live and rely on these Arctic environments.

It is important to remember, however, that these simulations are based on the ‘worst case scenario’ of greenhouse gas concentrations, with the study noting that a reduction in greenhouse gases could postpone or even completely prevent the emergence of future new Arctic climates. This is important as the study estimates that a new climate of air temperature and precipitation phase change will emerge in the first to middle half of this century and in the middle half of this century respectively.  It is therefore still feasible that this future does not need to become our new reality. With efforts and plans made now, we can all decrease our carbon footprint and ensure that the ‘worst case scenario’ is not the path we choose to follow.