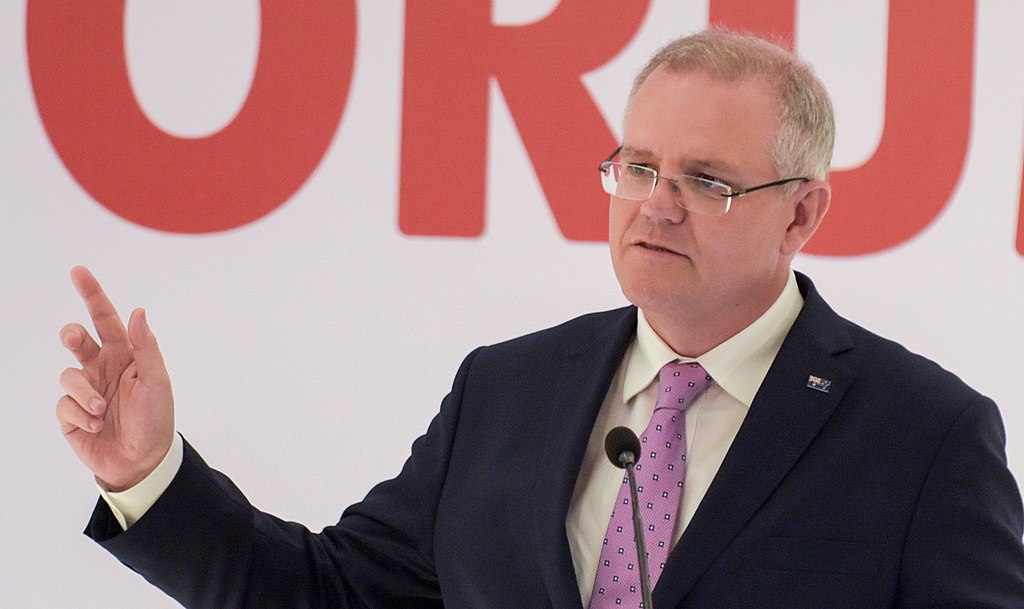 Australian Prime Minister Scott Morrison announces net zero pledge for 2050 ahead of COP26 but refuses to phase out fossil fuel production in the country as part of the decarbonisation plan.

Australia’s Prime Minister Scott Morrison has finally unveiled plans to decarbonise the country, pledging to achieve net zero emissions by 2050, but has refused to phase out the production or use of fossil fuels.

As the world’s leading coal and gas supplier, Australia has been reluctant to ramp up their climate action and under increasing pressure to set out a net zero target, especially as many developed and emerging economies including China – the planet’s largest emitter of greenhouse gas – and Brazil, have already made carbon neutrality commitments.

With only days to go before one of the most important climate conferences in recent years, COP26, kicks off in Glasgow, Morrison announced the long-awaited plan to reach net zero emissions by 2050.

However, the net zero pledge would not be enshrined in law and will continue to rely on fossil fuels to supply the bulk of the country’s electricity, refusing to bow down to global pressure and criticisms.

“We won’t be lectured by others who do not understand Australia. The Australian Way is all about how you do it, and not if you do it. It’s about getting it done,” Morrison wrote in a newspaper column on Tuesday, October 26.

Fossil fuels accounted for more than 90% of Australia’s primary energy mix in 2019-20, whereas renewable energy sources made up a mere 7%, according to government figures. The new decarbonisation plan has not laid out any limits and reduction targets for fossil fuels, with new coal-fired power stations being built still on the table.

“We want our heavy industries, like mining, to stay open, remain competitive and adapt, so they remain viable for as long as global demand allows,” Morrison wrote, adding that Australia’s commitment for 2030 remains to be reducing carbon emissions by 26% compared to 2005 levels. According to the government, the country is currently on track for a 30-35% carbon reduction.

Phasing out and eliminating fossil fuels is key to curb the rapid warming the planet is experiencing right now. A recent UN report found that the world is heading towards a catastrophic 2.7°C temperature increase based on current governments’ climate pledges, far exceeding the 2.C limit that was set out in the Paris Agreement.

Australia however, will focus their decarbonisation efforts on growing new industries such as clean hydrogen and green steel, and  investing more than AUD$20bn (USD$15bn) in low-emissions technologies over the next 20 years including carbon capture and storage technologies. According to Morrison, this will help the nation reduce about 40% emission by 2050, and transition towards electric vehicles will further reduce another 15%. Carbon offsets will also be used to compensate for Australia’s emissions.

Australia’s plan is in the same vein to the one that was proposed by Saudi Arabia, which announced a commitment to net zero emissions by 2060 just days ago, but has similarly refused to give up on fossil fuels. It is expected that both countries will face criticisms at COP26 and receive pressure to aim for more ambitious targets in order to avoid a global climate catastrophe.