Australia’s 2015 NDC report, aiming to cut 26-28% carbon emission below 2005 by 2030, was considered less than satisfactory considering the country’s wealth and historical contributions to global emissions. Australia will most probably overachieve its 2030 target, but most observers agree that it has the capacity to achieve much higher levels of reductions. Australia has also turned away from COVID-19 green recovery plans and put forward a natural gas-led recovery plan instead. In December 2020, Australia reaffirmed its original NDC, which stressed a “technology neutral” plan, that emphasises innovation and future solutions to justify current burning of fossil fuels.

The Australian government has maintained that advancements in low-carbon technologies, particularly carbon capture and storage, will be enough for the country to achieve carbon neutrality by 2050. The government announced that they will invest at least USD$18 billion to support emerging technologies, and a low-emission technology statement will be published annually to support the technology investment roadmap. The policies have been criticised as a roundabout way to continue support for fossil fuels, with critics denouncing Australia’s foregoing of renewable energy growth. Furthermore, the government’s 2020 NDC does not outline a net-zero emission target, and does not represent any updating of ambitions since Australia’s original Paris Agreement NDC was announced.

According to the Climate Targets Panel report, to keep global temperature rise below 2ºC, Australia would have to eliminate at least half of its carbon emissions. The international community has urged the Australian government to adopt more ambitious carbon-cutting targets and enshrine their climate target into law to align with the Paris Agreement goal. However Australian Prime Minister Scott Morrison has resisted the call for stricter targets and prefers to make Australia’s 2050 carbon neutral target voluntary rather than legally enforceable.

The ND-GAIN Country Index by the University of Notre Dame summarises a country’s vulnerability to climate change and other global challenges in combination with its readiness to improve resilience. The more vulnerable a country is, the lower their vulnerability score, while the more ready a country is to improve its resilience, the higher its readiness score will be, on a scale between 0 and 1. Australia’s scores are:

Per the World Bank, Australia is particularly vulnerable to storms, floods and wildfires. The country is also vulnerable to droughts, extreme temperatures and earthquakes. Nevertheless, Australia is regarded to have comparatively high readiness and resilience given its economic wealth.

According to the report from Deloitte, Australia’s eastern states, especially Queensland and New South Wales, are highly vulnerable to floods and storms. It is estimated that storm surges cause a total of $5.6 billion in losses for Queensland and New South Wales annually. Meanwhile, the Northern Territory in Australia is highly at risk of extreme storms and tropical cyclones, with about $1 billion in economic losses yearly. Bushfires occur regularly across the country, yet in the south-east region, namely Victoria and Tasmania, wildfires present particularly significant threats.

The hot and dry climatic features of Australia are natural causes behind the country’s infamously severe bushfires. Given that the air temperature of Australia has increased by over 1.4ºC since 1910, the weekly frequency of bushfires also demonstrated a growth of  40% from 2011 to 2016. The total economic loss from bushfires was recorded to be about AUS$1.76 billion from 2007 to 2016 (around $1.26 billion in USD). While 2019 is recorded as the hottest year ever, a series of critical bushfires are triggered during 2019 to 2020. Until February 2020, it recorded 33 fatalities, and over 17 million hectares of land were burnt. According to AccuWeather, it is estimated that the 2019-20 bushfires will cost the government about $110 billion.

About 85% of Australia’s population lives within 50km of the sea. The majority of Australia’s population is therefore particularly vulnerable to climate phenomena such as storms, flooding and sea-level rise. Per the Australia State of Environment 2016 national assessment, the sea level of Australia will possibly rise 12 mm or higher annually by 2100 if GHG emissions are not reduced rapidly, for a total of anywhere between 28 and 61 cm of sea level rise by the end of the century. Predictably, Australia could suffer from a tremendous loss of infrastructure, with up to $236 billion in losses for each metre of sea-level rise. Damages from storms have already cost about $1.9 billion, while flooding has cost around $8.76 billion from 2007 to 2016.

77% of Australia’s GDP originated from its service industry in 2020, so extreme temperatures brought by global warming could be a body blow to Australia as well. It has been reported that there is an increasing number of hot days over 35ºC in Australia’s holiday destinations. People’s willingness to go out could be affected for safety reasons, and the service industry could potentially be crushed by then. The region of Victoria alone is projected to already have an additional 6,214 deaths and a $6.4 billion loss by 2050.

Although the usage of renewable energy has escalated considerably in recent years, Australia still relies heavily on fossil fuels. Oil is the most prevalent non-renewable energy source with a share of 39%, and coal follows in second, at 29%. The Australian government is planning to continuously work on the “Technology-neutral” approach, implementing new technologies to reduce emissions from fossil fuels. This approach is projected to cut emissions to 29% under 2005 levels. Yet, the uncertain attitude of the government towards renewable energy has slowed down the sector’s pace of growth. Australia’s 2030 energy mix is still projected to be made up of over 50% fossil fuels.

Australia has one of the world’s highest car ownership rates and about 66.1% of people travel to work by vehicle in 2016. The transportation sector in Australia is growing, and the most used form of public transport is travel by train, but still, train travel only accounts for 9.2% of all transportation in Australia. The Australian government spent $9 billion on transportation infrastructure between 2019 and 2020, around 1.8% of the government’s total expenditure for that year, but the vast majority of that ($5.6 billion) was directed towards improving or building new roads, primarily servicing the needs of privately owned cars. There are some projects, including the $50 million Smart Cities and Suburbs Plans, that aim to make Australia’s inhabited spaces more livable, productive and sustainable. But these plans have received comparatively little funding compared to developments that mostly support the fossil fuel-powered transportation sector.

On the local level, some Australian states have made strong pushes towards incentivising the growth of a carbon-free transportation sector. New South Wales, Australia’s largest state economy and home to largest city Sydney, recently passed laws to offer incentives that add up to as much as $490 million to spur the expansion of the electric vehicle industry in the state. This could increase the share of electric vehicle shares to as much as half over the next decade. At the national level, however, the Australian government has so far failed to pass similar incentives.

The Environment Protection and Biodiversity Conservation Act 1999 is the foundational legislation for conservation in Australia, providing a legal framework for ecosystem protection and controlling the international movement of wildlife. In 2007, the Water Act came into effect to further protect and manage marine resources, guaranteeing that ocean resources be consumed sustainably. Threats to native species in Australia include pressures from invasive species and climate change. The 2012 National Wildlife Corridors Plan was enacted to restore, retain and manage Australia’s fragmented landscape, allowing wild animals to have an integrated habitat and creating more accessible migration corridors free of human presence. In addition, the government has announced a $946 million Biodiversity Fund to increase the resilience of biodiversity to climate change in 2011.

In Australia, the responsibility for animal welfare and animal rights is often transferred to regional governments, meaning that legislation varies significantly by location. The State of Victoria acknowledged animals as sentient in the 2017 Animal Welfare Action Plan, but this acknowledgment is not always appreciated at local levels. At the national level, animal testing in the cosmetic industry was banned in 2020. A series of National Model Codes to guide farming activities were put forward by the government to protect livestock welfare, however, considering that these codes are only meant as guidance, they do not have any legally binding effect, and a nationally recognised welfare standard has been discussed as the government’s next step.

The air quality of Australia is generally regarded as one of the cleanest in the world. However, despite the pollution level being always standard, natural sources such as bushfires and dust storms are the main contributors to short term air pollution. Other than that, the winter season of Australia is affected explicitly by domestic wood heating, which accounted for over 50% of winter ambient particulate matter. The other sources of air pollution are vehicles, industrial processes and power generation.

Australia’s air quality standards have regulated pollutants at a national level since 1998. Based on the result, Australia’s state governments would work together with the Environment Protection Agencies to ensure the air quality met the standards. In 2015, the National Clean Air Agreement (NCAA) was adopted across the country to provide a strategy on air quality management.

Insect Farming: The Sustainable Future of Food Production with FlyFarm

Fourth Flooding in Australia This Year Forces Thousands to Evacuate

The Issues With Green Gentrification

Top 5 Most Sustainable Cities in the World in 2022

The Impact of Wildfires on Biodiversity and the Environment

The ‘Evil Twin’ of Global Warming: What is Ocean Acidification?

3 Things to Know About Australia Wildfires and Bushfires

Humpback Whale No Longer Listed as ‘Threatened’ in Australia

10 Australian Extinct Animals That Came Back from the Dead

What is the Glasgow Climate Pact? 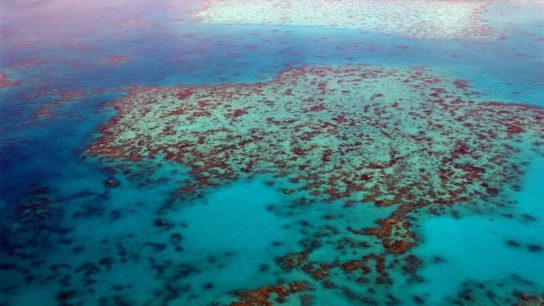 Queensland Biodiversity: Beautiful One Day, Gone The Next?

As Rupert Murdoch Prepares to Hand Over His Media Empire, A Look At His Legacy of Climate Change Denialism