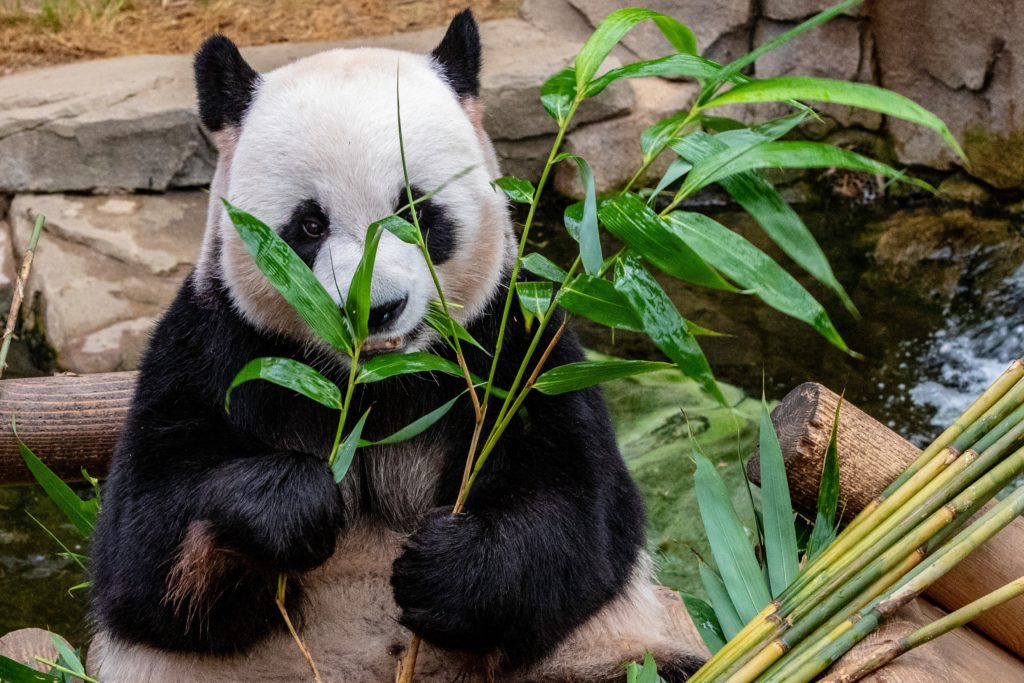 In the misty mountains of Sichuan Province, the arrow bamboo will act strangely, which is threatening China’s panda populations. They will turn brown and scrawny, with odd grasslike seed heads appearing amid their weak leaves. The stage is set for a botanical disaster that may wreak havoc on the habitats of China’s national animal.

Hundreds of giant pandas in southwestern China could die from starvation because of the bamboo’s widespread cyclical regeneration next year.

In a study published in the journal Biological Conservation, scientists from Tsinghua University, China, warn that large-scale bamboo flowering could pose a massive risk to the survival of China’s national animal.

Compelled to eat half their own body weight in bamboo each day to survive, pandas derive most of their nutrition from bamboo shoots. But they refuse to eat them when they blossom. Blooms produce seeds before dying off, and it takes 10 years for a new crop to mature. Mass flowering of bamboo tends to occur at the same time in certain regions, with the cycle running at different times in other regions.

An ideal giant panda habitat must, therefore, contain at least two bamboo species that flower at different times to allow pandas to migrate from one bamboo patch to another when the first species flower. Different bamboo species have different flowering periods varying from 20 to 60 years.

Habitats of giant pandas have been fragmented due to human population expansion, land-use change, and road construction. Major highways and railways crisscross southwestern China and limit movement of pandas from one forest patch to another.

Bamboo flowering and fragmentation of their habitat had already sounded the death knell for scores of giant pandas in the past. Over 250 of them starved to death following a widespread flowering episode that occurred between 1975 and 1983 in Pingwu and Nanping counties of Sichuan Province. Subsequently, the total number of giant pandas in China declined by more than 50 % from approximately 2,000 individuals in 1976 to about less than 1,000 after a decade.

The researchers studied habitats in the Qinling and Minshan mountains, where the largest population of giant pandas is concentrated. Using existing databases and overlaying animal density, bamboo species distribution, and bamboo flowering seasons, they inferred the risk factor.

Panda habitats in Qinling Mountains and Minshan Mountains will face the highest risk in 2020 with bamboo species in almost all areas flowering simultaneously.

Detailed planning and adaptation strategies might mitigate the risk factor. “We should carefully consider whether giant pandas will be ready for the upcoming food shortage,” says the Tsinghua paper. “But the possible interventions are limited here.”

Scientists recommend to “expand the habitat of giant pandas and establish habitat corridors between protected areas.” But warn that “if we cannot restore natural corridors, it may be necessary to translocate pandas between fragmented nature reserves or to newly-gazetted ones.”

Preparing contingency plans to rescue starving giant pandas either with supplemental feeding or bringing them into temporary captivity until the bamboo recovers is another solution.

Natural habitat reduction resulting from climate change and human interference is a global trend with uniquely local repercussions on ecosystems and societies. The sprawling growth of urban areas devouring land can be seen from space. Mitigation policies for safeguarding local flora and fauna are being experimented.

Scott Aloysius studied Environmental Biology at the National University of Singapore. His research interests include ecology, conservation, and wildlife trade. He is an editorial contributor for Earth.Org and The Economist Intelligence Unit (EIU). He can be contacted at scott[at]earth.org.