How Climate Activism Has Suffered From COVID-19 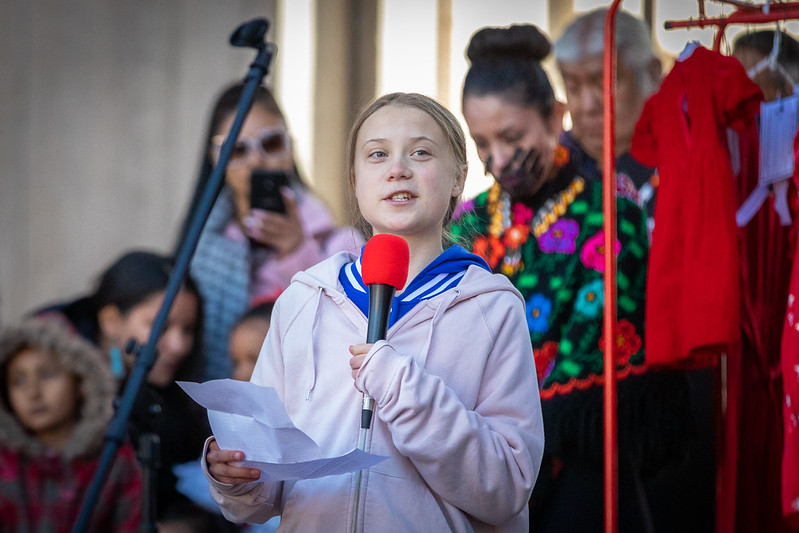 This year began with climate protests taking the globe by storm. Presumably inspired by Gen Z powerhouse Greta Thunberg, other teens from various institutions made sure their voices were being heard as well. Extinction Rebellion protests were gaining worldwide popularity, too. 2020 was proving to be the year of climate activism and hopefully more ambitious government action, until COVID-19. How has climate activism suffered under COVID-19 – related lockdowns and delays?

As the pandemic has engulfed the entire planet, most in-person social activities have been re-shaped. Governments all over the world have implemented rules on social distancing, mask-wearing and other preventive measures designed to slow the spread of the virus. For most of the globe, that meant banning large gatherings, reducing restaurant seating capacities and prohibiting live entertainment.

The now-existent boundaries of global climate activism are clear. How do you carry out massive crusades in a social distancing landscape? More pressingly, how do you push for engagements involving a subject that’s always been perceived as a second priority?

There are arguably three ways that climate movement activists and leaders are responding to the situation: Firstly, environmental advocates are amplifying how intertwined the public health and climate crises are. Secondly, much of the work and conversations have been channeled through digital spaces. Thirdly, climate forerunners are forging strong connections with other movements, such as anti-racism and anti-police brutality coalitions. Apart from the inherent value these marches hold, there’s also no denying that media attention has been significantly dedicated to shedding light on the aforementioned matters, hence partnerships among these protests help keep climate discussions alive.

These strategies display a movement trying its hardest to remain relevant at a time where a pandemic is pushing several movements to the backseat.

The Climate Crisis and COVID-19

Although it’s easy to believe that the pandemic has deferred climate change conversations, a poll run by Yale University and George Mason University shows this to be false. According to the study, over 70% of US residents believe that climate change is ongoing despite the pandemic. Furthermore, Dr. Anthony Leiserowitz, one of the study’s authors, adds that COVID-19 could even be increasing public support for environmental sciences, despite the Trump administration’s questionable respect for science experts.

Despite the figures, it isn’t entirely apparent how mainstream climate change matters still are today. Considering the amount of news time dedicated to coronavirus updates, it’s understandable why climate activists can be wary. This may also be why environmentalists keep branding both crises as equally fatal. Climate scholars argue that the developing pandemic is simply a glimpse of a destructive climate change.

In a recent poll by Globescan, poorer countries strongly agreed with tackling the climate crisis with the same energy as the pandemic. Conversely, wealthier countries didn’t display the same level of zeal. Japan, Sweden, Australia, the US and UK all had less than 45% of respondents strongly agreeing that urgent action needs to be taken, while in Mexico, Kenya, Argentina, Turkey and Nigeria, this was well over 70%.

Furthermore, advocates insist that COVID-19 had only unearthed the many social and economic inequalities intensified by the climate scare. War-scarred communities such as indigenous people, ethnic monitories, low-income sectors and other marginalised populations who do not have access to accurate information and adequate resources were the first ones negatively impacted by the pandemic in more ways than one. Similarly, they were, are, and will also be the hardest hit groups of the climate crisis’ impacts. Climate change requires an adept understanding of the science behind it, and this comprehension comes slowly in these communities because of their very nature.

Climate Activism in the Time of COVID-19

While the pandemic severely limits crowd gatherings, climate change initiatives have not reached a standstill. Climate organisation, 350.org, appealed to its followers to respect how science demands us to respond to the climate and coronavirus phenomena. Acknowledging that “restrictions on public gatherings are serious to limit the spread of COVID-19, and ease the strain on hospitals and caretakers,” the New York-based institution reiterated that they do not encourage taking part in huge public protests at a time like this. Similarly, Greta Thunberg encouraged her followers to get behind “experts and science,” implying that large physical meetups don’t contribute to flattering the curve.

The inability to independently come up with mass offline assemblies meant that climate leaders and their supporters had to think outside the box. This unorthodox way of thinking was displayed on Earth Day’s 50th anniversary. The celebration of this event would have originally called for millions of people around the planet to take to the streets. But because that wasn’t possible this year, Earth Day turned into a three-day online streaming affair. Unsurprisingly, the event was unlike any other, with some even referring to it as the biggest online mass mobilisation ever.

Some experts say that there won’t be a widespread vaccine until the second quarter of 2021. That being the case, the next few months will be a difficult time for climate change forerunners to keep the momentum as is. As nations and communities navigate towards a new normal, activists will have to be more creative in constantly sending their message across. Until it is safe for everyone to assemble in huge numbers, the advice to keep physically distant and reduce in-person contact will have to be observed. As expected, social media will play a critical role in the entire activism equation, too.

Meanwhile, all we can do now is to continue to anticipate and bank on how much digital mobilisation can carry a social movement as heavy and hard-hitting climate change. As long as conversations are kept alive, nothing truly goes away.